These wristbands use a small EMG to capture signals from the spinal cord. 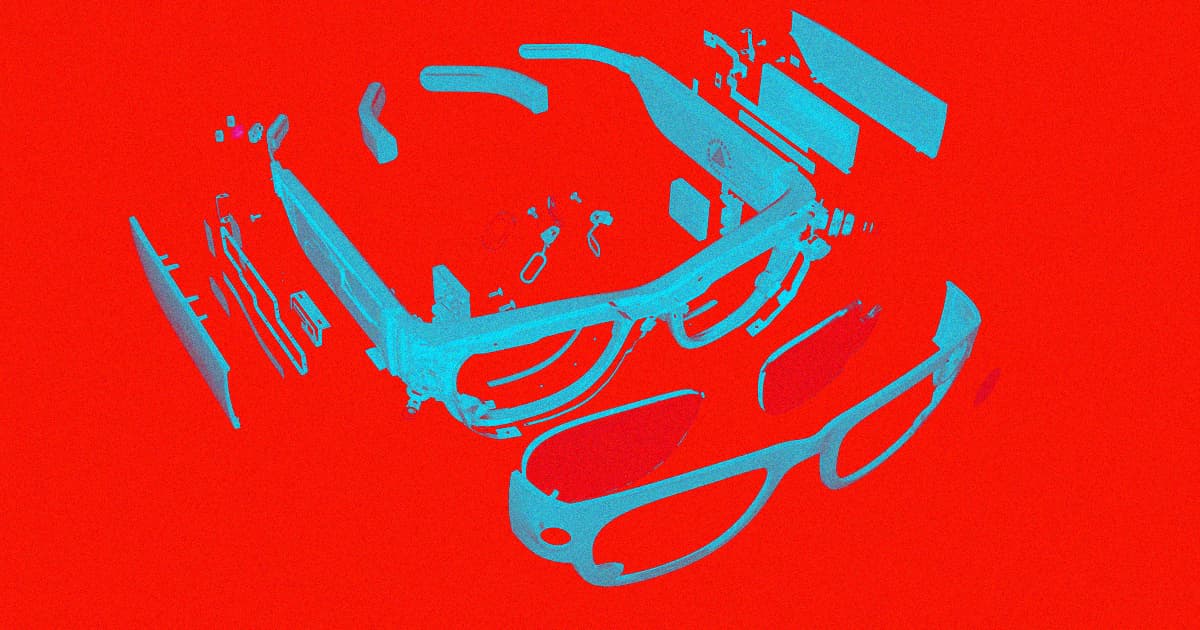 In September, Facebook CEO Mark Zuckerberg revealed that the company was planning on releasing augmented reality glasses as soon as 2021.

Now, the social media company wants to take the concept a step further. According to a new blog post by Facebook Reality Labs (FRL), the company is hoping to hook up the AR glasses to a "soft wristband" designed to read signals from the spinal cord, that can control the glasses.

Here's how the system would work out in the real world.

"Say you decide to walk to your local cafe to get some work done," the blog post reads. "You’re wearing a pair of AR glasses and a soft wristband. As you head out the door, your Assistant asks if you’d like to listen to the latest episode of your favorite podcast. A small movement of your finger lets you click 'play.'"

The wristband captures neural input through "electromyography," a process that involves scanning for electrical signs that travel from the spinal cord to the hand. Facebook claims the signals are "so clear that EMG can detect finger motion of just a millimeter."

The whole idea is to lower the barriers to entry for AR and make the experience as seamless as possible — what Facebook calls "the next era of human-computer interaction."

"In order for AR to become truly ubiquitous, you need low-friction, always-available technology that’s so intuitive to use that it becomes an extension of your body," Facebook Reality Labs FRL chief scientist Michael Abrash said in the post.

"That’s a far cry from where [human-computer interaction] is today. So, like [computer mouse inventor Doug] Engelbart, we need to invent a completely new type of interface — one that places us at the center of the computing experience," he added.

Rather than simply clicking on UI elements on a flat screen, interacting with augmented reality poses its own unique challenges. Facebook is hoping to come up with "ultra-low-friction input" that is as basic as a hand gesture or a voice command.

It also wants to use artificial intelligence to "make deep inferences about what information you might need or things you might want to do in various contexts," according to the company's blog post.

Facebook is aware that the adoption of such AR devices won't happen overnight. The company is hoping to "get that interface into people’s hands over the next 10 years, even as it continues to evolve for decades to come."

While Facebook's reputation should give anybody pause before they purchase any personal devices that are able to collect even more data about them, the company's ambitions could signal a new era in how technology integrates into our daily lives.

How long that future is still out is anybody's guess — but judging by the fact that we're all already walking about with a supercomputer in our pockets, it's probably not too long until we accept augmented reality into our lives.

READ MORE: Facebook's ready to talk about how its AR glasses will work with neural wristbands [CNET]

More on AR: The US Army’s New Goggles Could Let Soldiers See Around Corners

Read This Next
Oh, Good
Oculus Founder Builds VR Headset That Kills User If They Die in Game
Gloves Off
Facebook Shows Off Gloves That Allow You to "Feel" VR Objects
Breakthrough Technologies
Facebook Hardware Devs Reportedly Skeptical of Metaverse
Powered by Powerpoint
The CEO of Apple Thinks People Will Use Augmented Reality for Something Absolutely Hilarious
Not On My Wrist
Facebook's Neural Wristband Actually Sounds Pretty Cool
More on Robots & Machines
From the Dept. of...
12:00 AM on futurism
The Best Mini Fridges of 2023
Blow Up Doll
Monday on the byte
Ukraine Accuses Russia of Using Inflatable "Dummy Tanks," Which Deflated
From the Dept. of...
Monday on futurism
The Best UPS Battery Backups of 2023
READ MORE STORIES ABOUT / Robots & Machines
Keep up.
Subscribe to our daily newsletter to keep in touch with the subjects shaping our future.
+Social+Newsletter
TopicsAbout UsContact Us
Copyright ©, Camden Media Inc All Rights Reserved. See our User Agreement, Privacy Policy and Data Use Policy. The material on this site may not be reproduced, distributed, transmitted, cached or otherwise used, except with prior written permission of Futurism. Articles may contain affiliate links which enable us to share in the revenue of any purchases made.
Fonts by Typekit and Monotype.