"When we have robots that can do what people and animals do, they will be incredibly useful." 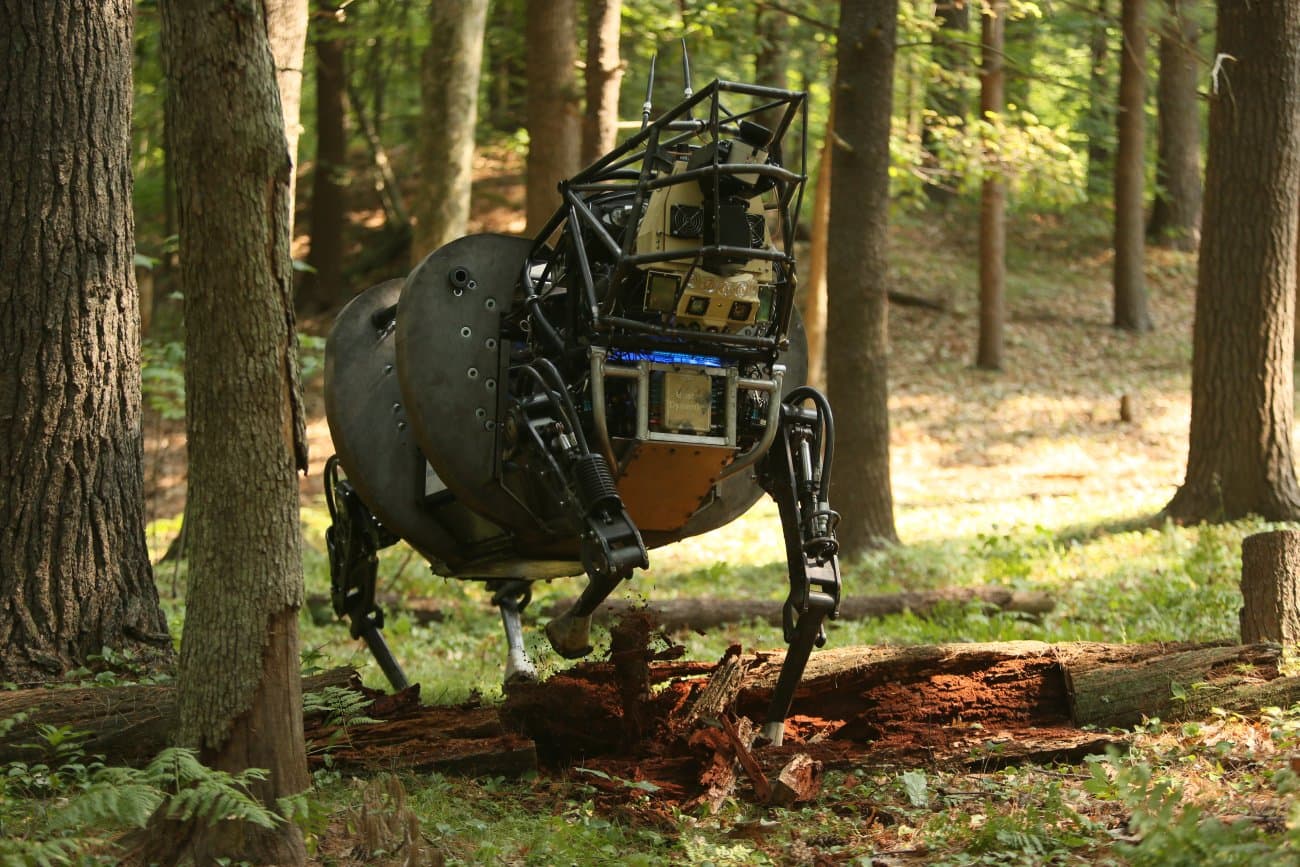 In the world of ever-advancing artificial intelligence (AI), robotics continues to offer glimpses into the future intelligence machines could usher in. It also serves as a reminder (or warning) about the potential alternate side of that future, which has been played out time and time again in science fiction.

We're not quite there yet, but according to Boston Dynamics CEO and founder Marc Raibert, robots will shake things up for humanity more so than any previous technological innovation — even the internet.

"I happen to believe that robotics will be bigger than the Internet," Raibert said when he spoke at the Future Investment Initiative back in October, according to CNBC. "The Internet lets every person reach out and touch all the information in the world. But robotics lets you reach out and touch and manipulate all the stuff in the world — and so it is not just restricted to information, it is everything."

It was apropos that Raibert spoke about the disruption robots have the potential to bring about at the same event where Hanson Robotics' Sophia received the first citizenship granted to a non-human. Trained to understand and mimic human emotions, Sophia is a prime example of how robots are becoming incredibly human-like.

For Raibert, that likeness is about more than appearance. "When we have robots that can do what people and animals do, they will be incredibly useful," he said. In order to do this, he added, robots must possess three key abilities: mobility, dexterity, and autonomous perception.

Naturally, when robots become good, their usefulness increases. "I think one of the most important applications will be taking care of people," Raibert offered. "They will help you take care of your parents so that you don't have to spend so much time doing that."

All three "skills" are present in the type of robots Boston Dynamics develops. Just recently, the company released a video showing the latest iteration of their robot dog called SpotMini. The video showcases how SpotMini moves in an incredibly life-like manner. It aims to exhibit dexterity and successfully navigate its environment.

SpotMini isn't the only robot in their workshop: Boston Dynamics has also been working on perfecting their two-legged robots, ATLAS and Handle. Boston Dynamics is now under telecommunications giant SoftBank, which the company hopes will help these developments continue, and possibly, go even farther.

SoftBank's CEO, Masayoshi Son, has a reputation for his commitment to achieving the singularity; the point (which some have argued is inevitable and imminent) when robots become smarter than humans. Son has predicted that robots with an IQ of 10,000 will exist in the next 30 years.

Right now, many robotics companies are focused on putting smaller supersmart robots out commercially. Two recent examples of these "pets" would be Sony's robotic dog and the Wall-E look-alike Cozmo. While these bots are cute and capable, the next major development in robotics will likely be bipedal robots that move like human beings. If Sophia is any indication, robots with a similar appearance and conversation prowess may soon become very familiar to us.

Read This Next
Quacks Like a Duck
Watching Elon Musk's Robot Back to Back With Boston Dynamics Is... Something
Diner Drama
People Furious at Robot Serving Pancakes at Denny's
Wait What
FCC Commissioner Says He's Afraid of Robodogs and We Can't Tell If He's Joking
Bot Crime
Experts Shocked by Military Robodog With Sniper Rifle Attachment
Killer Robot Update
Uh Oh, They Strapped a Sniper Rifle to a Robot Dog
More on Robots & Machines
Blow Up Doll
4:46 PM on the byte
Ukraine Accuses Russia of Using Inflatable "Dummy Tanks," Which Deflated
Robot Arm News
Yesterday on the byte
European Space Agency Shows Off Concept for Martian Sample Picker-Upper
From the Dept. of...
Yesterday on futurism
The Best Desk Lamps of 2023
READ MORE STORIES ABOUT / Robots & Machines
Keep up.
Subscribe to our daily newsletter to keep in touch with the subjects shaping our future.
+Social+Newsletter
TopicsAbout UsContact Us
Copyright ©, Camden Media Inc All Rights Reserved. See our User Agreement, Privacy Policy and Data Use Policy. The material on this site may not be reproduced, distributed, transmitted, cached or otherwise used, except with prior written permission of Futurism. Articles may contain affiliate links which enable us to share in the revenue of any purchases made.
Fonts by Typekit and Monotype.