He wants to “push the boundaries of what advanced robots can do.” 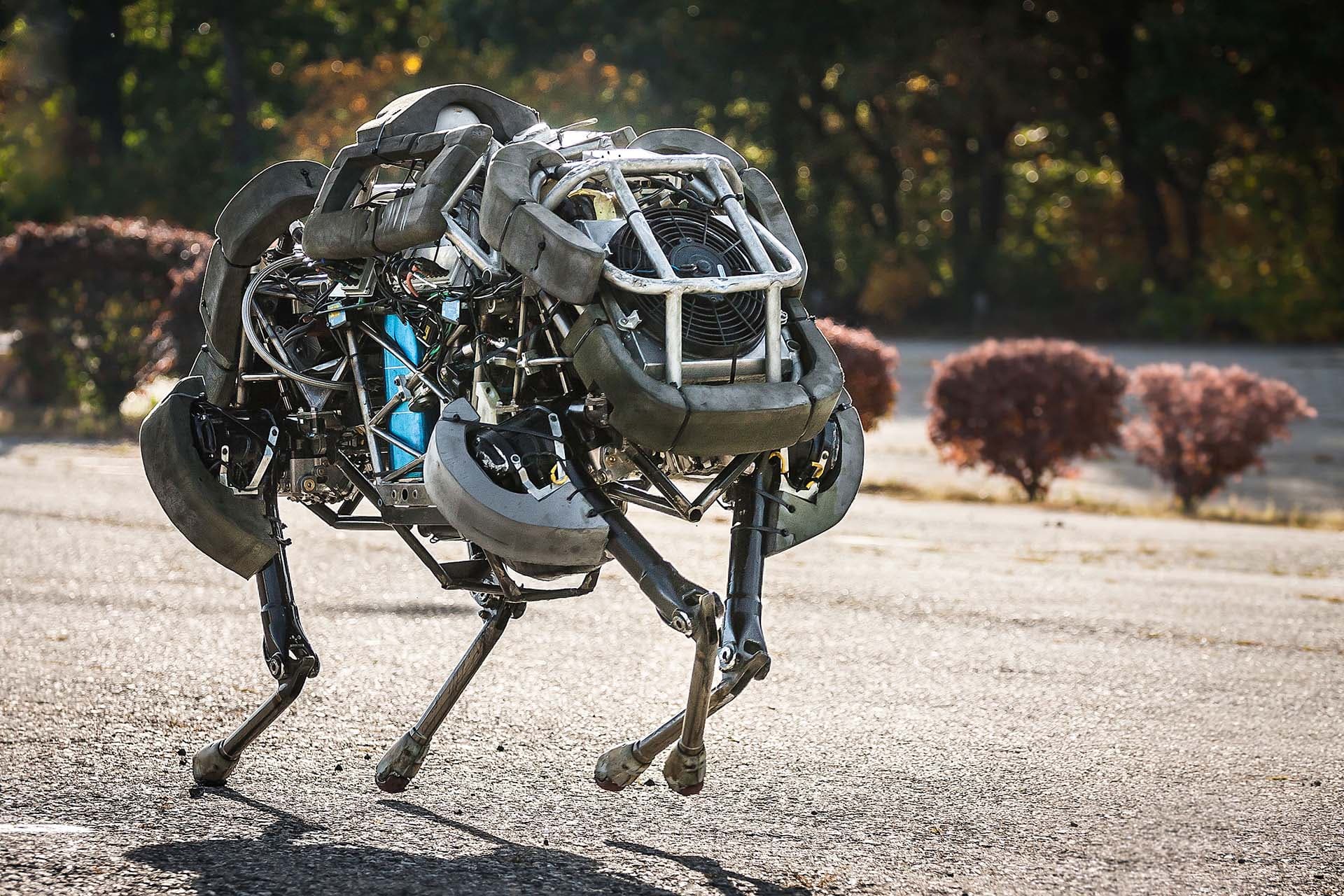 This week, Japanese electronics and robotics giant SoftBank, the company behind the Pepper robot, announced its acquisition of two robotics companies from Google owner Alphabet. The two firms now under SoftBank are Boston Dynamics, the brains behind Big Dog and the walking humanoid robots ATLAS and Handle, and bipedal robot maker Schaft — they're so secretive even accessing their website is difficult.

While the move comes as a bit of a surprise, it's not entirely unexpected. SoftBank CEO Masayoshi Son shed some light on the decision in a press release: "There are many issues we still cannot solve by ourselves with human capabilities. Smart robotics are going to be a key driver of the next stage of the Information Revolution, and Marc [Raibert] and his team at Boston Dynamics are the clear technology leaders in advanced dynamic robots."

For his part, Boston Dynamics CEO Marc Raibert was equally thrilled, likely due in part to the longstanding rumors that Alphabet and Google have wanted to sell his company for some time while now. “We at Boston Dynamics are excited to be part of SoftBank's bold vision and its position creating the next technology revolution, and we share SoftBank's belief that advances in technology should be for the benefit of humanity," the press release quotes him as saying.

Of Robots and Singularities

The companies are being quiet about the details of the deal, and Schaft didn't provide any comment whatsoever. At any rate, SoftBank's acquisition of yet two more robotics companies seems to be part of Son's commitment to ensuring that the Singularity happens by 2047. The Japanese CEO has been very vocal about this goal, even acquiring a microchip firm back in October 2016 to help usher in that supposed moment when artificially intelligent machines surpass human levels of reasoning.

This robot is absolutely terrifying

While that's still decades away, the more immediate impact of SoftBank's new deal will perhaps arrive in the form of better robotics. "I am thrilled to welcome [Boston Dynamics] to the SoftBank family and look forward to supporting them as they continue to advance the field of robotics and explore applications that can help make life easier, safer, and more fulfilling," Son said.

"We look forward to working with SoftBank in our mission to push the boundaries of what advanced robots can do and to create useful applications in a smarter and more connected world.” added Raibert. The company has already delivered a somewhat terrifying example of sci-fi brought to life, so who knows what they'll be able to achieve with the backing of a huge corporation like SoftBank.

Read This Next
Quacks Like a Duck
Watching Elon Musk's Robot Back to Back With Boston Dynamics Is... Something
Diner Drama
People Furious at Robot Serving Pancakes at Denny's
Wait What
FCC Commissioner Says He's Afraid of Robodogs and We Can't Tell If He's Joking
Bot Crime
Experts Shocked by Military Robodog With Sniper Rifle Attachment
Good Riddance
After Public Rage, NYPD Secretly Fires Robot Dog
More on Robots & Machines
Blow Up Doll
Yesterday on the byte
Ukraine Accuses Russia of Using Inflatable "Dummy Tanks," Which Deflated
Robot Arm News
Jan 29 on the byte
European Space Agency Shows Off Concept for Martian Sample Picker-Upper
From the Dept. of...
Jan 29 on futurism
The Best Desk Lamps of 2023
READ MORE STORIES ABOUT / Robots & Machines
Keep up.
Subscribe to our daily newsletter to keep in touch with the subjects shaping our future.
+Social+Newsletter
TopicsAbout UsContact Us
Copyright ©, Camden Media Inc All Rights Reserved. See our User Agreement, Privacy Policy and Data Use Policy. The material on this site may not be reproduced, distributed, transmitted, cached or otherwise used, except with prior written permission of Futurism. Articles may contain affiliate links which enable us to share in the revenue of any purchases made.
Fonts by Typekit and Monotype.