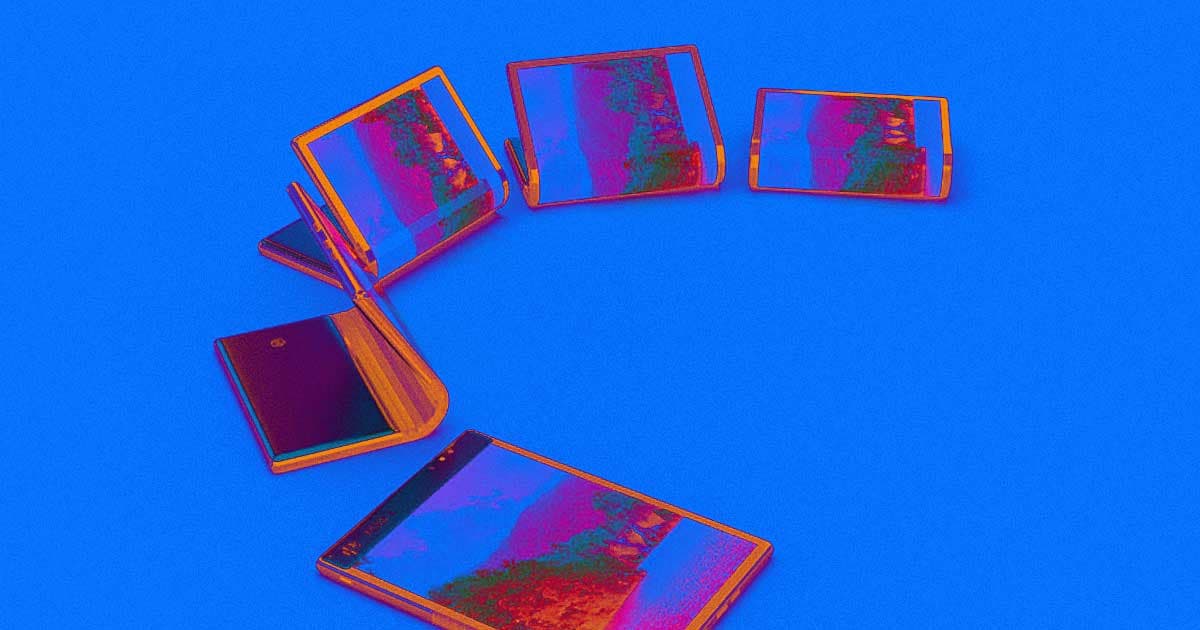 "My phone cannot break, because I did not have to make a glass screen like Samsung," he told Digital Trends. "Our screen is made of a special type of plastic, and we still have the best resolution. Our special plastic is very difficult to break."

The Escobar Fold 1 smartphone retails for $349, and according to a press release, its initial production run will be limited to just 100,000 phones, which the company expects to "sell out fast."

The product's website provides additional yet vague details on the phone, such as that it features an Android operating system and works on "all networks in USA & worldwide." But why bother reading about the device when you can just watch Escobar's promotional video for the phone, which features Miss Playboy Russia 2017 and several other lingerie-clad women?

A shorter and far less sexy clip does depict the foldable phone actually folding, but if you want to test it out for yourself, be ready to say goodbye to your $349. Even if the phone turns out to be a glorified paperweight, you're going to be stuck with it as the product's website notes that Escobar Inc. offers "no returns or refunds unless otherwise specified."