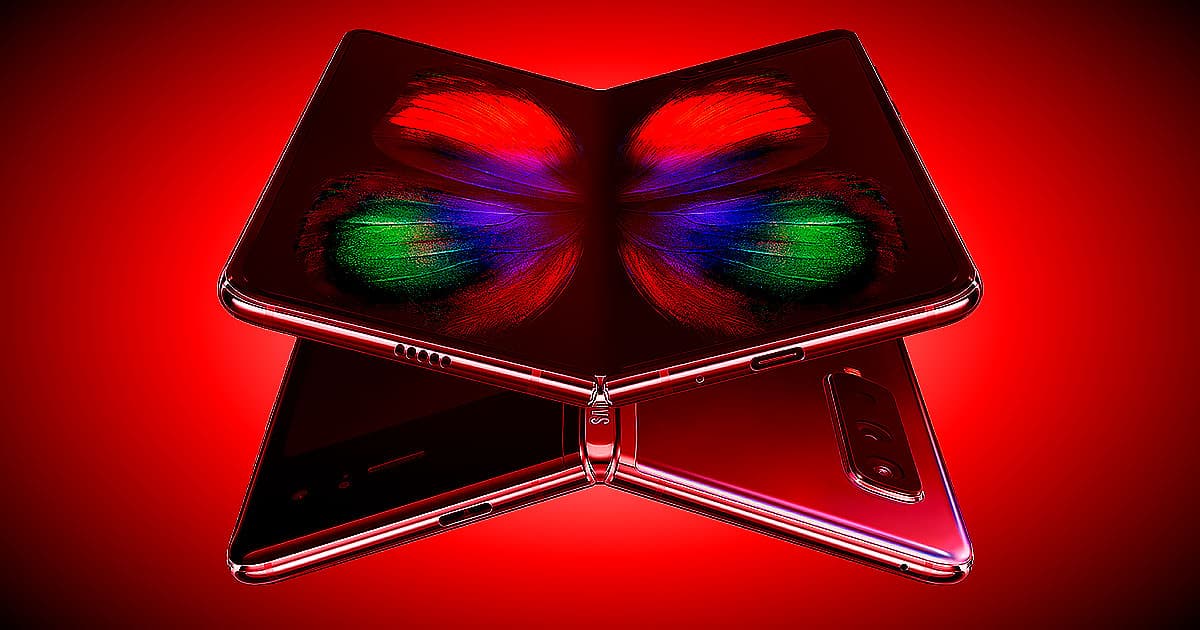 A reviewer spotted a "brightly colored, amorphous blob" on his Fold's screen.

A reviewer spotted a "brightly colored, amorphous blob" on his Fold's screen.

After its revolutionary folding smartphone, the Galaxy Fold, started breaking immediately in April, the company went back to the drawing board. Flooded with negative press, Samsung admitted the phone needed "further improvements."

Now, the new and improved Fold is here — and things are still looking grim. TechCrunch reports that its review unit has already started acting up after a single day of use.

And it's too late for further tweaks, because the Fold went on sale in North America today.

"I pulled the Fold from my pocket while standing in line at CVS after work the other day," wrote TechCrunch reviewer Brian Heater. "I opened it up and spotted something new nestled between the lock screen’s flapping butterfly wings. There was a brightly colored, amorphous blob."

Pictures show that there is indeed a noticeable blemish right in the center of the screen. Heater suggests it could have been the act of "pressing the display to close the device that did it."

Samsung quickly snatched the Fold back from Heater. The company has yet to respond to the incident, but it doesn't look good for the novel device's future.

READ MORE: My Galaxy Fold display is damaged after a day [TechCrunch]