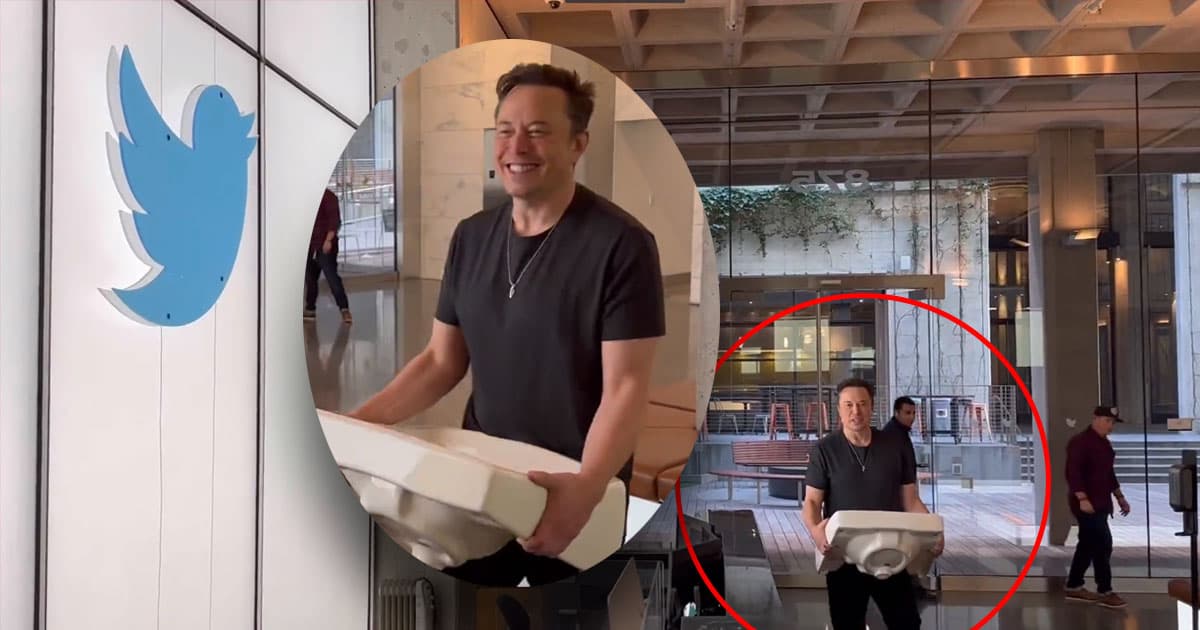 Throwing Sinks in a Glass Lobby

Let That Sink In

Tesla CEO Elon Musk has shared a video of himself carrying what appears to be a ceramic bathroom sink into the lobby of Twitter HQ in San Francisco.

"Entering Twitter HQ — let that sink in!" the enigmatic billionaire wrote in the caption, clearly amused by his own dad joke.

Musk appears to be imminently ready to close the deal to buy the social media company, news that comes on the heels of months of chaotic negotiations, drama in the courts, and Musk's repeated and increasingly desperate attempts to get out of the $44 billion deal he signed with Twitter back in April.

Employees only got very short notice of Musk's impromptu visit. According to a shared screenshot of an email reportedly sent out to staff, "Elon is in the SF office this week meeting with folks, walking the halls, and continuing to dive in on the important work you all do."

"If you're in SF and see him around, say hi!" the email reads. "For everyone else, this is just the beginning of many meetings and conversations with Elon, and you'll hear directly from him on Friday," referring to the date Musk is rumored to close the deal.

Earlier this week, Musk notified co-investors that he will close his acquisition deal on Friday. Shares jumped following the news, nearing the original acquisition price of $54,20, Reuters reports.

A lot is at stake for Twitter. The Washington Post reported last week that Musk is planning to gut the company, firing up to 75 percent of staff.

In short, Twitter employees only have days for a new reality to "sink in" — the company almost certainly has some rocky weeks and months ahead of it.