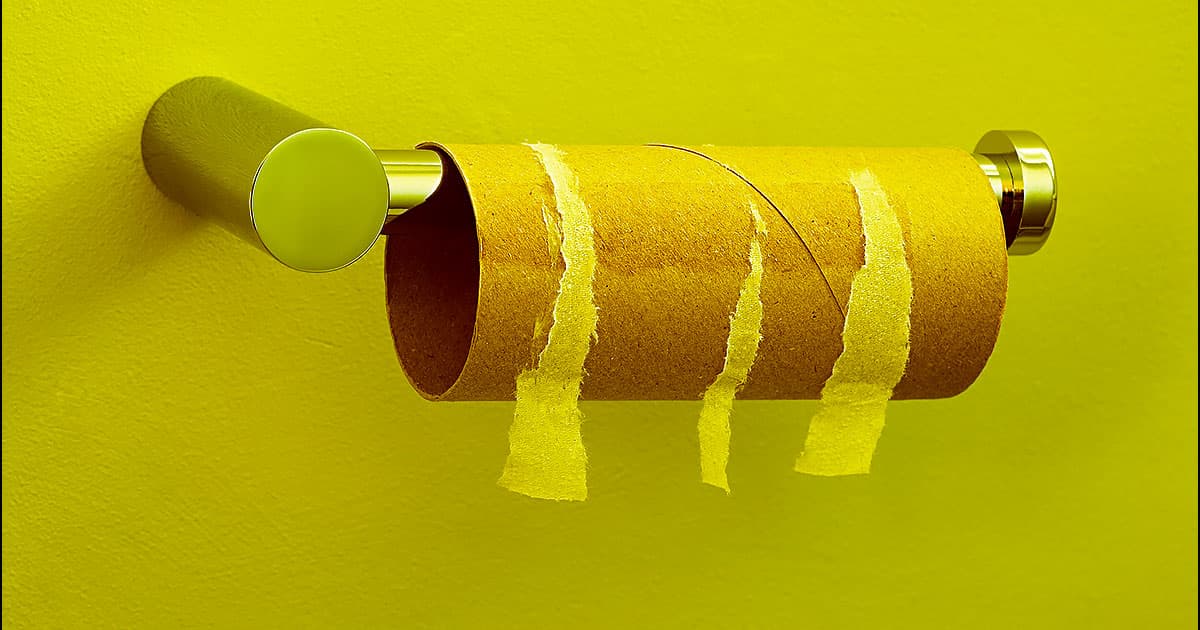 Look, there are definitely some valid criticisms of bean bag chair Silicon Valley work culture. And while not everybody out there is keen on sleeping on factory floors, we're all motivated by different things. Still, we're pretty sure that most everyone can agree that, at the very least, toilet paper — and clean, functioning bathrooms — are a baseline office expectation.

But apparently, those remaining at Twitter's New York HQ are privy to no such luxury.

Speaking to Insider, sources familiar with the matter say that several engineers at the company's Chelsea office have taken to Slack and email to beg Chief Twit Elon Musk — who, despite firing Twitter's janitorial staff as they were allegedly told they'd be replaced with robots, has required most company engineers to work in-office five days a week — for toilet paper, among additional complaints that a foul stench wrought by days-long clogged toilets has begun to pervade the entire workspace.

As of Thursday, the sources say, no one had received a response. Now, the New York engineers will likely be forced to implement a BYOTP policy, just as Twitter staffers at the San Francisco HQ were briefly forced to do. Sounds... functional.

Musk's failure to renegotiate contracts with Twitter's nationwide janitorial teams fits into what the CEO has painted as a wider effort to cut costs, an effort characterized by major workforce slashes and straight up just not paying bills.

To that point, the dismal bathroom situation is just one of the New York workers' problems. Per Insider's sources, Musk's job cuts have rendered the company's internal IT team pretty much nonexistent, leaving still-standing staffers with little to no recourse for computer-related issues ranging from "broken chargers" to "accidentally being locked out of internal systems required to do their jobs."

And on top of all that, one source told Insider that they're having to undergo performance reviews "basically all the time," with workers' productivity continuing to be the most important metric. You know, because horrifying bathroom odors and lack of toilet paper, coupled with being locked out of needed computer systems and, well, everything else, is conducive to healthy productivity.

To be fair, Twitter has long faced a revenue problem, and it was always going to be a challenge for Musk as CEO. Even so, withholding toilet paper just doesn't seem like a solid fix.