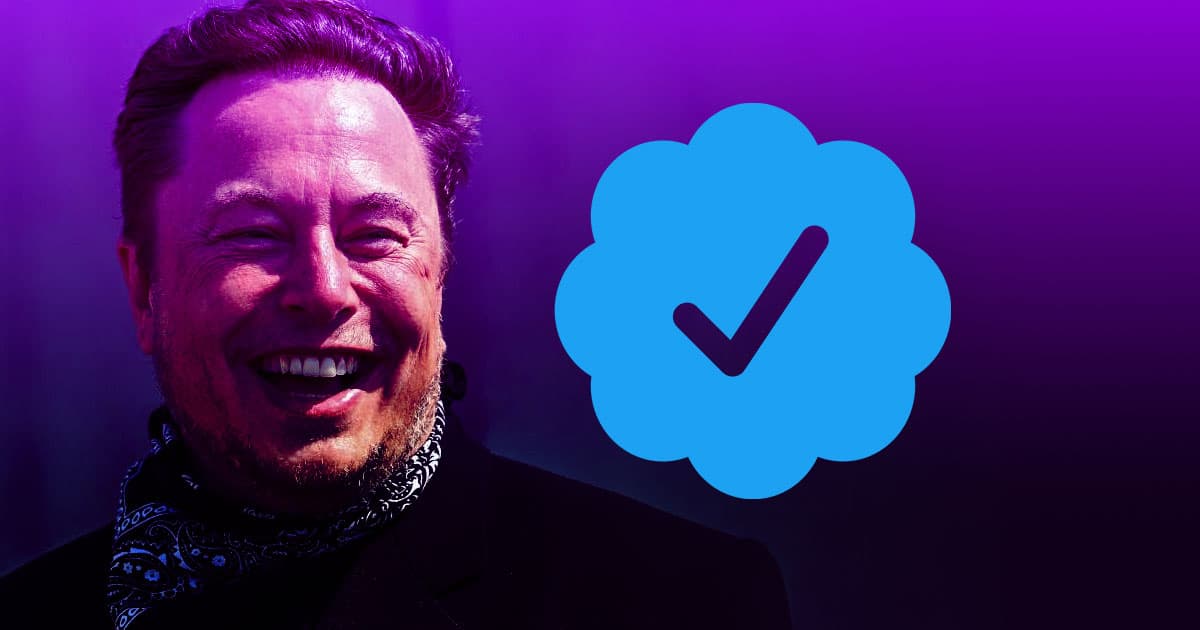 "Under Musk’s leadership, Twitter users face a greater risk of seeing something fake and thinking it is real."

"Under Musk’s leadership, Twitter users face a greater risk of seeing something fake and thinking it is real."

Turns out he was wrong yet again. The Washington Post columnist Geoffrey Fowler was easily able to impersonate US senator Edward Markey with a verified Twitter account with the username @SenatorEdMarkey — a stunt he also pulled during the first disastrous launch of the feature.

In other words, Twitter is doing very little to despite Musk's promises of manually authenticating "all" blue checkmark accounts back in November.

Needless to say, facilitating the impersonation of a politician could allow for the spread of misinformation and sow chaos online.

"Under Musk’s leadership, Twitter users face a greater risk of seeing something fake and thinking it is real," Fowler argues in his column.

Twitter has clearly struggled to come up with an alternative to the platform's legacy verification system. Musk has attempted to roll out several iterations over the last two months, none of which seem quite watertight.

This time around, all it took for Fowler was to create a new Twitter account on his iPhone and pay $7.99 for his blue checkmark using a credit card. He dodged the meek hurdles set up by Twitter — accounts need to be 90 days old and linked to a phone number — by renaming an old account.

At no point was Fowler asked for a piece of identification, something that is commonplace for other online services, such as Facebook or Airbnb.

In short, it's a troubling failure for a platform that was once seen as a place you can trust — at least to a degree — before Musk took over late last year.

"It’s an absolute joke that Elon Musk, who prides himself on being a tech entrepreneur, can’t implement a functioning verification regime — except users aren’t laughing," the real Markey told Fowler.