"These are just guesses, people shouldn't hold me to these things." 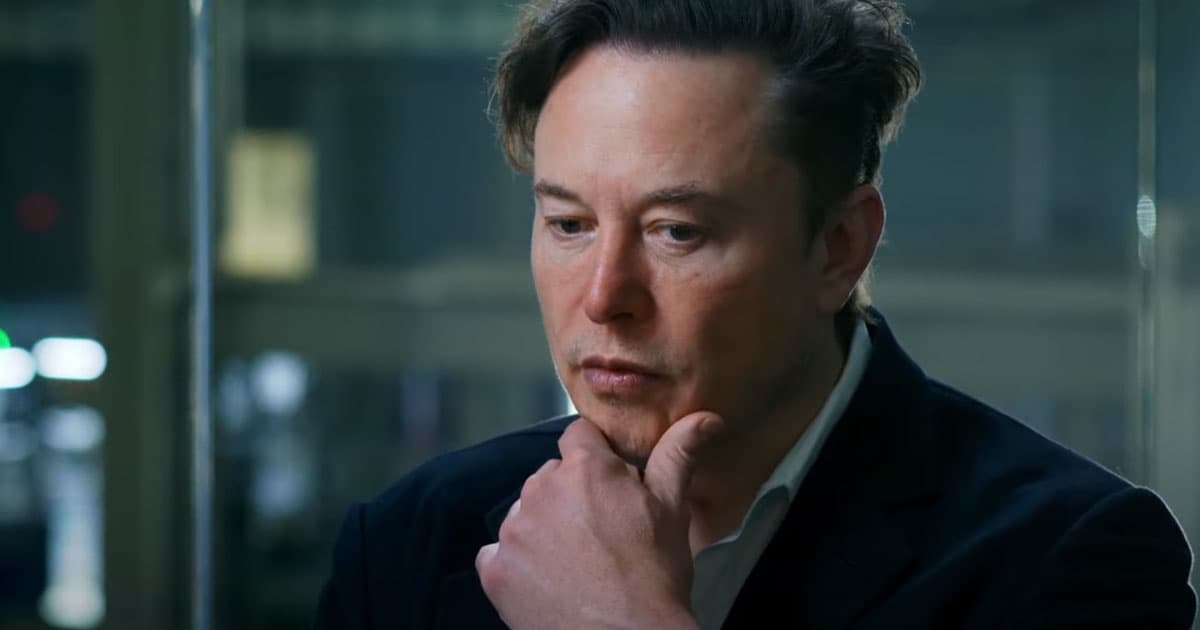 During a TED interview with Chris Anderson, SpaceX and Tesla CEO Elon Musk said that he gets upset when people point out that his predictions about the future were wildly incorrect.

"What tends to happen is I'll make some best guess and then in five years there will be some jerk that writes some article: 'Elon said this would happen and it didn't happen! He's a liar and a fool!'" Musk complained.

The predictions are "just guesses," Musk said, adding that it is "very annoying" when people call his bluff.

"If you list my sins, I sound like the worst person on Earth," he said during the interview. "But if you put those against the things I've done right, it makes much more sense, you know."

Musk is no stranger to making highly ambitious predictions about his business ventures. For instance, Musk has been promising that Teslas will drive themselves next year — every year since 2014.

His comments are symptomatic of his distrust and active dislike of the mainstream media. For years, Musk has criticized journalists, calling them liars and claiming newspapers were in the pockets of advertisers.

Just last month, Musk called out The Washington Post for being owned by Amazon founder Jeff Bezos, telling a reporter there to "give my regards to your puppetmaster."

Now, Musk seems to be arguing everyone's taking his words too, well, literally.

And besides, he griped, he's right some of the time.

"Essentially, the longer you do anything, the more mistakes that you will make cumulatively," he told Anderson. "Which, if you sum up those mistakes, will sound like I'm the worst predictor ever."

But what he's failing to acknowledge is the fact that there's a considerable vested interest behind practically everything he says.

While claiming that Tesla will have a functioning humanoid robot ready in the next two years — in the same interview no less —  may be a stab in the dark for the billionaire, it sends a clear sign to shareholders, who are now presumably expecting the car company to have something to show.

Is Musk really asking journalists to ignore his many predictions? Perhaps it's just another piece of evidence that Musk doesn't always think too much before he speaks.

Besides, there's a simple way for him to prevent people from calling him out on his eyebrow-raising predictions — by not making them in the first place.

More on Musk: Elon Musk Says He Could Make “Catgirl” Sex Robots If He Wanted To

Read This Next
I Silence Thee
Leaked Messages Seem to Show Elon Musk Using Twitter to Punish His Enemies
Enemy Mine
Elon Musk Now Denies That His Family's Emerald Mine Existed, In Spite of Previously Bragging About It
Bot Rush
An Overwhelming Number of Porn Bot Accounts "Drowned Out" Chinese Protest Content on Twitter
Hardcore Mode
Even Twitter's Intern Just Resigned in Disappointment
This is Exhausting
Elon Musk Seems to Be Trying to Weasel Out of Vote to Resign
More on Future Society
Balloon News
2:56 PM on futurism
China Says "Spy Balloon" Soaring Over America Is Completely Innocent
Down in Flames
Wednesday on the byte
Elon Musk Apparently Thinks Twitter Is a "Flaming Dumpster Rolling Down the Street"
All Tomorrow's Pa...
Wednesday on the byte
Party Startup Says It Has Zero Plans to Make Any Money With Investors' Funds
READ MORE STORIES ABOUT / Future Society
Keep up.
Subscribe to our daily newsletter to keep in touch with the subjects shaping our future.
+Social+Newsletter
TopicsAbout UsContact Us
Copyright ©, Camden Media Inc All Rights Reserved. See our User Agreement, Privacy Policy and Data Use Policy. The material on this site may not be reproduced, distributed, transmitted, cached or otherwise used, except with prior written permission of Futurism. Articles may contain affiliate links which enable us to share in the revenue of any purchases made.
Fonts by Typekit and Monotype.