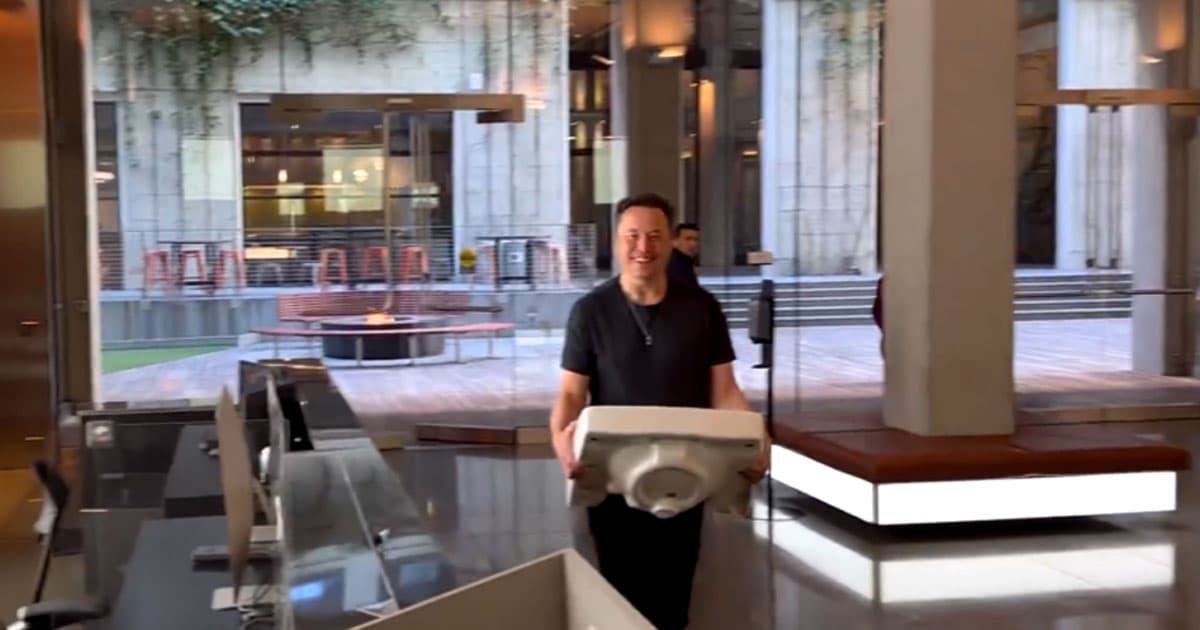 It All Ads Up

Elon Musk, Who Always Hated Ads, Suddenly Says He Loves Ads Now That He Owns a Site That Depends on Them

Show Me the Money

After bumbling into Twitter's headquarters wielding a sink yesterday and beaming at employees he reportedly intends to lay off, SpaceX and Tesla CEO Elon Musk has taken to his personal Twitter account to assure the All Important Advertisers that don't worry, he still wants their money.

"I also very much believe that advertising, when done right, can delight, entertain and inform you," Musk wrote. "It can show you a service or product or medical treatment that you never knew existed, but is right for you."

But that was only after burying the lede beneath toothless promises about "upholding a digital town square" — in the service of the lofty goal of, well, showing people ads on the internet.

"For this to be true," Musk continued, "it is essential to show Twitter users advertising that is as relevant as possible to their needs. Low relevancy ads are spam, but highly relevant ads are actually content!"

It's a striking about face, since Elon's always been against advertising, at least publicly.

In addition, his fans have always made a big deal out of Tesla's $0 marketing strategy, in which the automaker doesn't put out traditional advertisements or commercials.

Given the amount of pull Musk has on social media, it's not hard to understand why he and Tesla have, at least so far, forgone putting out ads. Instead, he simply uses his own Twitter account as a giant advertising platform, which technically doesn't cost anything.

Of course, when advertising is his main source of revenue for his soon-to-be-acquired social media platform, it's suddenly a good thing. A very good thing.

"Fundamentally," Musk concludes in the recent tweet, "Twitter aspires to be the most respected advertising platform in the world that strengthens your brand and grows your enterprise."

Fundamentally, he says. So does Musk actually care about making twitter a "digital town square" that is "important to the future of civilization," or does he just want it to be a glorified billboard?

Either way, groveling at the feet of advertisers in a public tweet ahead of his acquisition of the platform is a pretty weak look.