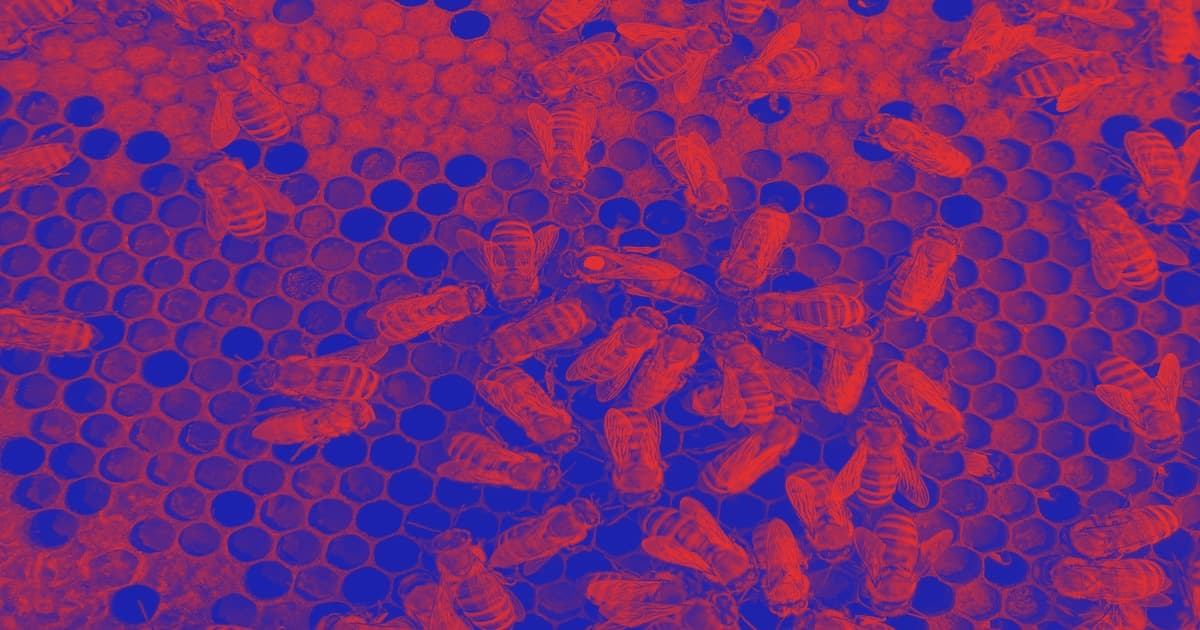 "It's incredible. It's also incredibly dysfunctional."

"It's incredible. It's also incredibly dysfunctional."

In news that's emerged straight from your nightmares, scientists have discovered a subspecies of bees that can create perfect clones of itself — and uses those clones to invade rival bee hives.

Scientists discovered that a female South African Cape honeybee doesn't reshuffle its DNA when it lays an egg, according to Live Science. This allows it to create perfect clones of itself every time it reproduces, rendering it virtually immortal. Scientists even discovered one bee in this subspecies that has produced millions of clones over the past three decades alone.

Researchers studying this unsettling phenomenon published a paper of their findings in the journal Proceedings of the Royal Society B.

"It's incredible. It's also incredibly dysfunctional," said Benjamin Oldroyd, lead author of the study and a professor of behavioral genetics at the University of Sydney, to Live Science.

Oldroyd is right to be surprised. Asexual reproduction isn't unusual when it comes to insects. When it happens though, the parent’s DNA is typically mixed up during a process called "recombination." So even though the offspring has just one parent, their genetic makeup is different.

But that’s not the case with the South African Cape honeybee, which seems to just be creating a perfect copy of its DNA every time it reproduces.

Attack of the Clones

The bees actually pose a bit of a problem for its own colony and rival bee hives. That’s because in typical colonies, only the queen is able to reproduce. If the worker bees are able to create offspring, the hives become dysfunctional.

"Eventually the workers just sort of hang around laying eggs not doing any work," Oldroyd said to New Scientist. "The colony dies, and [the cloning workers] spread to the next colony."

According to Oldroyd, this phenomena kills off roughly 10 percent of South African bee colonies each year and is like "a transmissible social cancer."