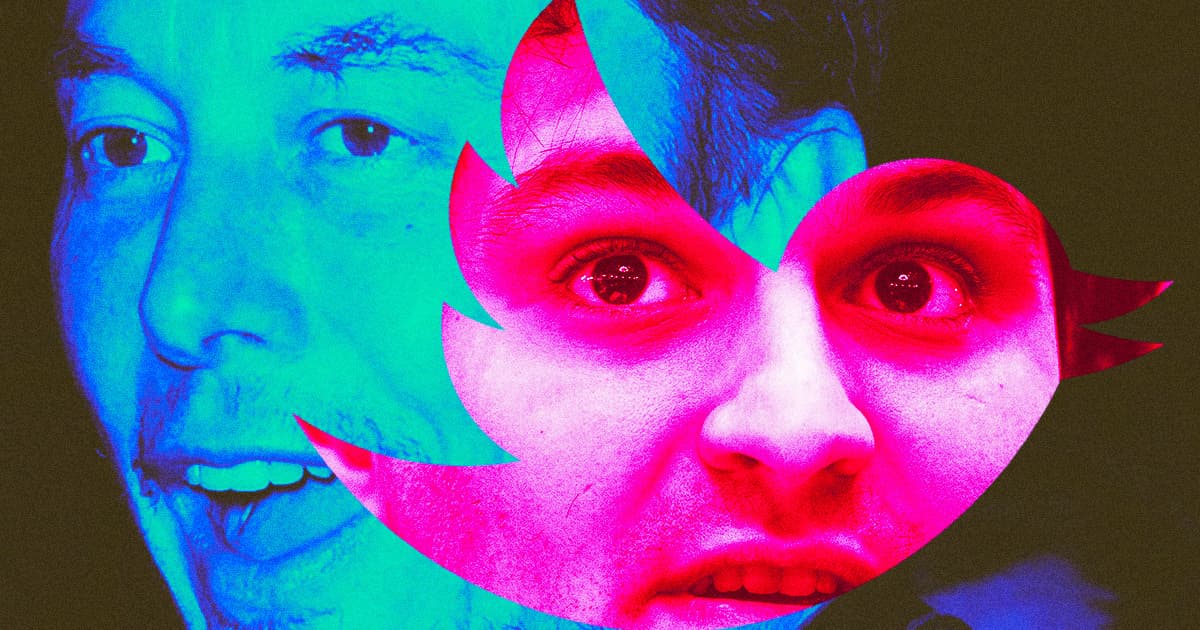 Image by Gotham and Tom Williams via Getty / Futurism

In the days since FTX's collapse into bankruptcy, few — if any — public figures seem to have taken greater joy in the public shaming of Sam "SBF" Bankman-Fried, the crypto exchange's disgraced ex-CEO, than freshly minted Twitter owner Elon Musk.

Musk has used his newly purchased social site to post bizarre FTX memes, applaud himself for recognizing SBF's apparent "bullshit" from day one, and even accuse The New York Times of downplaying SBF's alleged criminality, among other attacks.

"Everyone was talking about him like he's walking on water and has a zillion dollars," Musk said in a Twitter Spaces conversation on Nov 12, just a day after FTX's bankruptcy was announced. "And that was not my impression...  that dude is just — there's something wrong, and he does not have capital, and he will not come through. That was my prediction."

If that actually was Musk's prediction, he was right. Bankman-Fried went from crypto golden boy to overnight pariah, losing virtually all his wealth in a single day.

But then came an explosive allegation from newly launched media outfit Semafor: that Bankman-Fried himself may have been an investor in Musk's Twitter deal. (In a testament to the extraordinary depth of SBF's financial entanglements, he's also an investor in Semafor, as the site disclosed in its story.)

Musk did not take kindly to the claim that he had a hidden financial relationship with SBF, though.

"As I said, neither I nor Twitter have taken any investment from SBF/FTX," he wrote on Twitter. "Your article is a lie."

That's almost certainly paranoia on Musk's part. Ben Smith, the editor in chief of Semafor who sparred with Musk over the SBF story today, is notorious for taking no shit; the first thing he published as a media columnist for the New York Times, back in 2020, was a piece that was deeply critical of the New York Times.

But it does seem as though the story may have been thinner than it originally appeared. After Musk's rebuttal, Semafor updated its story to specify that the claim that SBF had bought into Musk's Twitter takeover had been based on an asset list circulated by FTX. That weakens the case that the investment actually took place significantly — one of the main throughlines to come out of reporting since FTX's collapse, after all, has been its comically shoddy recordkeeping practices.

Per Semafor, the relationship between Musk and SBF goes back at least as far as March, when SBF's advisor William MacAskill texted Musk to insist that a "joint effort" between the billionaires was possible. Each had their eye on acquiring control of the site, and MacAskill promised Musk that the FTX CEO was willing to contribute $3 billion towards a Twitter takeover. Later, Morgan Stanley bigwig Michael Grimes — Musk's banker — would text his client that SBF was willing to pay upwards of $10 billion

Importantly, though, this part of the story was already known. These messages, along with a bevy of other oft-cringeworthy texts, were revealed during Musk's court battle to renege on his offer to buy Twitter. Axios reported at the time that SBF had ultimately opted not to invest in the platform after speaking to Musk on the phone — although Musk had a different way of framing how that went down during that same Nov 12 Twitter Spaces chat.

"To be honest, I'd never heard of him. But then I got a ton of people telling me [that] he's got, you know, huge amounts of money that he wants to invest in the Twitter deal. And I talked to him for about half an hour," the "Chief Twit" told his users. "And I know my bulls**t meter was redlining. It was like, this dude is bulls**t — that was my impression."

But what was never revealed in court is that Musk, according to Semafor, had circled back to SBF on May 5, just two weeks before the Twitter agreement was signed. The Tesla CEO reportedly reached out to SBF just before midnight, asking that he contribute his $100 million stake to a privately-owned Twitter. That's a major chunk of company control to offer to someone who allegedly causes your "bullsh**t meter" to "redline."

It's worth mentioning that FTX rival Binance, which contributed an additional $500 million towards Musk's acquisition, is widely credited with exposing FTX's financial vulnerabilities, which ultimately led to its demise. Maybe those at the company, particularly founder Changpeng "CZ" Zhao, knew of SBF's alleged involvement in the Twitter deal, and maybe they didn't.

If SBF really did invest in the Twitter deal, Musk has a lot of explaining to do. But peering through the fog of war around his chaotic acquisition of Twitter, it sounds like Semafor may have overstated its case on this one. We'll be watching for any updates.

Updated throughout with Musk's vigorous denial of the claims and details about Semafor's updated story.

More on FTX: Sam Bankman-fried's Lawyers Quit Because of His "Incessant and Disruptive Tweeting"