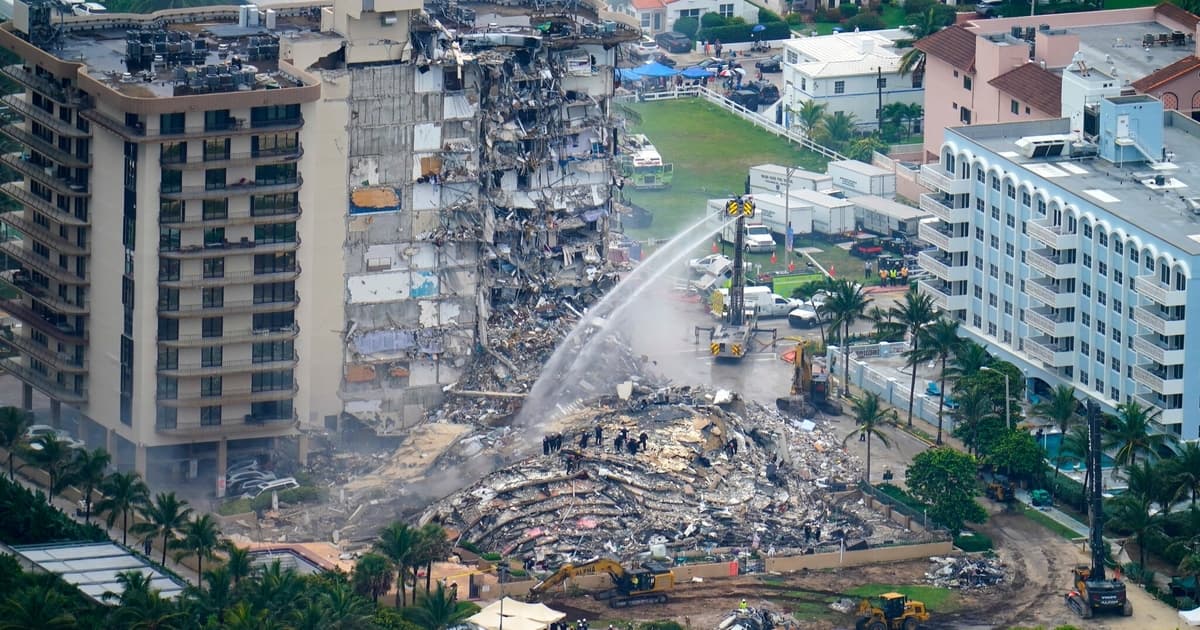 Before The Horrific Florida Condo Collapse, the Building Owners Were Warned

The 2018 report warned of "major structural damage" to the building

The 2018 report warned of "major structural damage" to the building

The owners of the Florida condos that collapsed on Thursday night were warned of "major structural damage" to the building by engineers three years before the disaster.

Consultants reported damage that included cracks in support columns and walls to the building’s managers in 2018, according to The New York Times. The report influenced a major multimillion-dollar repair and renovation project for the building. That project was slated to begin this year until the Surfside, Florida condo experienced its deadly collapse.

Cracks to Crumbling to Collapse

Much of the damage done to the structure was likely caused by the corrosiveness of the salt air in Southern Florida as well as tropical storms and hurricanes it sustained over the years, according to the NYT.

It resulted in damage that ranged from the crumbling of a concrete slab beneath the pool deck, "abundant" cracking on the columns, beams, and walls in the parking garage, and rebar damage.

"Though some of this damage is minor, most of the concrete deterioration needs to be repaired in a timely fashion," said Frank Morabito, the engineering consultant who wrote the 2018 report on the building.

Kenneth S. Direktor, a lawyer representing the building’s managers, said that they were planning to begin repairs later this year saying, "They were just about to get started on it," according to the NYT.

Though the condo's owners claim to have been planning to start repairs, it's a bit of cold comfort for the community impacted by the disaster. Eliana Salzhauer, a town commissioner in Surfside, issued a condemnation based on the report.

"It’s upsetting to see these documents because the condo board was clearly made aware that there were issues," Salzhauer told the NYT. "And it seems from the documents that the issues were not addressed."

Despite this, officials have yet to identify the true cause of the disaster — though a full investigation might have to wait until emergency rescue teams finish their search of the rubble. At the time of reporting, at least 159 people are missing, reports CNN. Four people have been found dead so far.

Brands We Love
This Premade Survival Kit Makes It Easy To Prepare for the Worst
3. 31. 21
Read More
Noise Is The Next Great Public Health Crisis
12. 19. 17
Read More
Judge: Bitcoin is Not A Legitimate Currency
7. 26. 16
Read More
+Social+Newsletter
TopicsAbout UsContact Us
Copyright ©, Camden Media Inc All Rights Reserved. See our User Agreement, Privacy Policy and Data Use Policy. The material on this site may not be reproduced, distributed, transmitted, cached or otherwise used, except with prior written permission of Futurism. Fonts by Typekit and Monotype.