Noise Is The Next Great Public Health Crisis

“Excessive noise has detrimental health effects on us, and we’re finally realizing how those effects add up.” 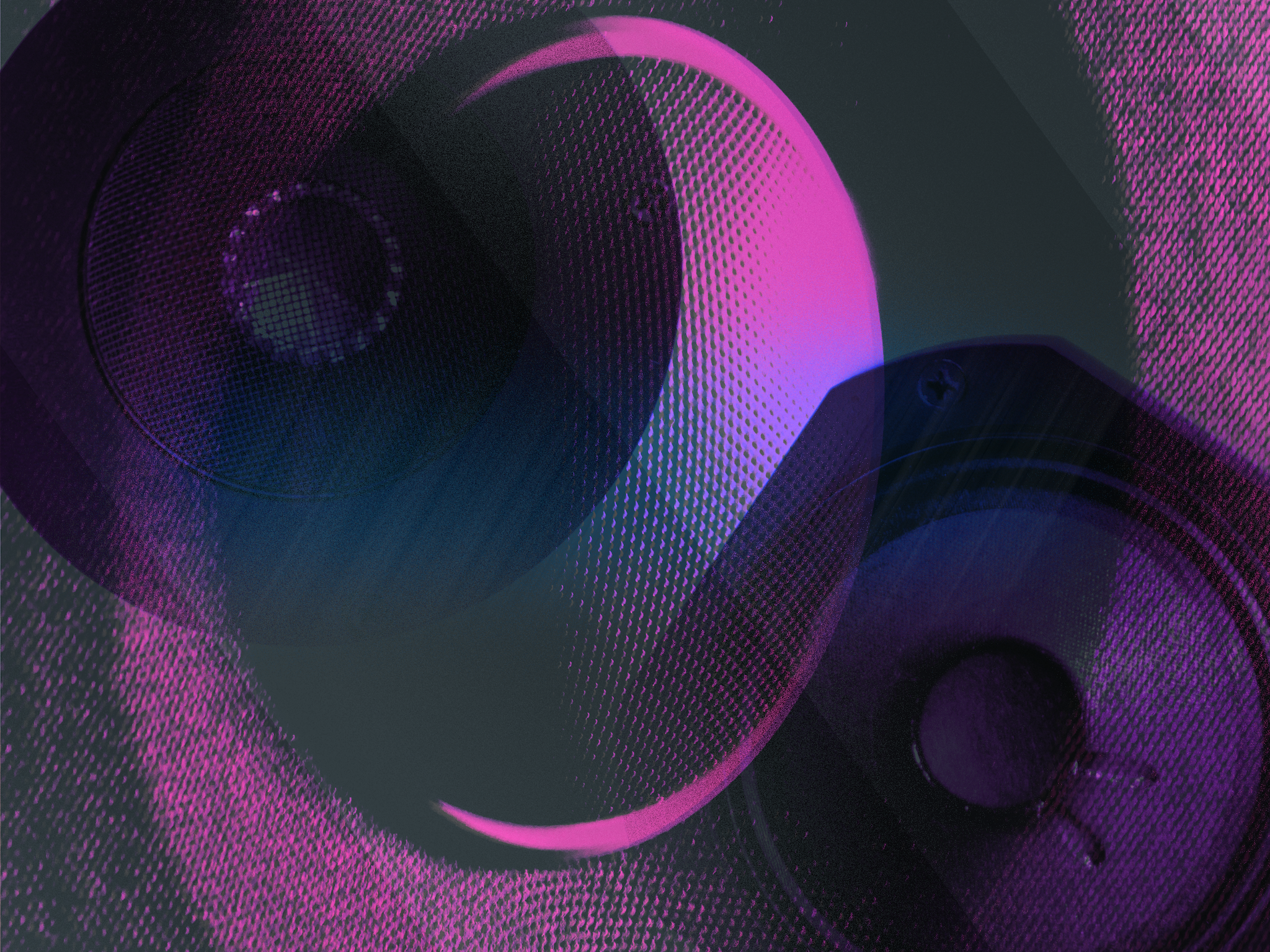 Cities don’t just get filthy in the visual sense — urban spaces can often be a raging mess of sound. The blaring car horns, the police sirens screaming through the usual waves of traffic, the clatter of passing trains, the constant cacophony of voices rising and falling as a strange melody — this deluge of noise can be devastating to the human psyche.

“I think, as a society, we are becoming much more aware of the noise around us,” Scott Sommerfeldt, an engineer at Brigham Young University who specializes in acoustic noise mitigation, tells Futurism. “Excessive noise has detrimental health effects on us, and we’re finally realizing how those effects add up.”

By 2100, 84 percent of the world’s estimated 10.8 billion people will likely live in cities. That means noise pollution will bloom in those areas and beyond, in surrounding suburbs and rural spaces that were typically safe havens from the clamor of the city. Urban sprawl will get worse, encompassing quieter areas into the thick sounds of city life.

It’s impossible to overstate how much noise pollution can wreak havoc on human health and safety. High noise levels can exacerbate hypertension, cause insomnia or sleep disturbances, result in hearing loss, and worsen a plethora of other medical conditions. All of these problems can aggravate other health issues by inducing higher levels of stress, which can cascade into worsened immune systems, heart problems, increased anxiety and depression — the list just goes on and on.

Humans have been suffering because of excess noise for a long time, and scientists have known about it at least for several decades. The government first acknowledged that noise was a problem when it passed the Noise Pollution and Abatement Act of 1972. “There was already a real awareness that noise was harmful to health, and the Act was a formal acknowledgment by the government,” says Arline Bronzaft, a psychologist and authority on noise pollution who currently serves as chairman of the noise committee of GrowNYC. “Although there wasn’t enough information to point to how noise affects us in every which way, there was enough for us to move forward with back in 1972. And today, there’s enough literature for everyone to agree noise pollution is a public health hazard.”

Humans aren’t the only species suffering from the racket. Urban and suburban noise can easily escape from peopled areas into nature, causing problems for animal populations, especially those that live close to highways or busy harbors. Noise pollution can make it harder for animals to avoid predators (or for predators to find and catch prey), reproduce, and live healthy lives.

Birds and marine mammals, for instance, rely on specific vocalizations to attract potential mates. Noise pollution can disrupt those behaviors. Bats rely on echolocation to move around and find food but have an impaired ability to forage when ambient noise levels are high. Oysters clam up during stress; exposure to loud noises along the coast has caused them to close their shells more frequently and for longer periods, preventing them from ingesting enough food. As filter feeders, oysters play a critical role in keeping the ocean’s water quality at a healthy, sustainable level for all marine life. They can’t do that if they’re all clammed up, which could cause the entire habitat to deteriorate.

Where is most of this noise coming from? Traffic is the biggest contributor to noise pollution. A diesel truck at 50 feet away, for instance, generates up to 90 decibels of noise. Generally speaking, prolonged exposure to anything over 85 decibels puts someone at risk for temporary or permanent hearing loss.

But noise pollution is more than just automobiles. Increased development — in the big city or in a quaint suburb — means construction sites, where heavy machinery creates a fitful, ugly noise that can echo into the placid surrounding areas. People living close to train tracks or airports are bludgeoned with noise (and usually accompanying vibrations and shakes) at all hours. Air traffic can be a major headache. All these factors are exacerbated by city planning and community zoning, which fail to mitigate noise for residents.

So all things considered, what can be done to keep future society from turning into a deaf, noise-addled dystopia? Bronzaft says there’s more awareness about noise pollution these days among the general public than there was in 1972, but we need more than just awareness. As cities swell up to more extreme sizes, without a responsible combination of technological innovations and more radical policy measures, the problem is bound to get worse.

One approach is to think big. Roadway or railway barriers can buffer communities from the noise of passing cars and trains. European engineers, in particular, have developed novel building materials and barrier designs (such as curved structures, and steel or plexiglass) to envelop highway noise, leaving the outside with little more than a quiet hum.

Hybrids and electric cars generate quieter noise levels than engines that guzzle gasoline and diesel. In mass numbers, even these greener vehicles cause a lot of noise, mostly from tire and road friction and wind passage. But they do mean individual cars can sidle through quiet streets without causing much of ruckus (in fact, electric vehicles are sometimes too quiet for comfort — the government requires that these cars make at least some minimal threshold of noise at low speeds in order to give other drivers and bystanders a heads up).

Within cities themselves, developers who are keen to rent quieter office and residential space for a premium are more inclined now to fit new buildings with thicker glass facades or insulation materials that limit noise. Interior designers are outfitting buildings with soundproofing materials, such as acoustic ceiling tiles. Boilers and generators are typically secluded into basement rooms that will not disturb individuals on other floors.

Policy initiatives have also made changes for the better in the past. Bronzaft coauthored a landmark 1975 study that demonstrated the negative impact of noise on student performance in schools. “Here, I do one study on the effects of noise in schools, and the [New York City] Transit Authority quiets the track adjacent to the school, and the Board of Education puts acoustic ceilings in the classrooms,” Bronzaft says. After those changes were made, researchers conducted a follow-up study and found a significant improvement in student reading comprehension. More recently, in 2007, Bronzaft was a major force in helping revise New York City’s noise code, which focused largely on limiting construction site noise and even recommended what types of machinery and tools site workers ought to be using to protect the neighbors.

Bronzaft also points out that community groups such as Noise Pollution Clearinghouse, US-Citizens Aviation Watch, and Noise Free America have had huge success in mandating changes in aircraft routes to protect people on the ground from jet engine roars, loud traffic, and construction. Bronzaft has been involved in efforts in places like New Orleans, which is renowned for its live music, to draft new noise ordinance revisions. She also helped stop a noisy motocross racetrack from being built in Cheyenne, Wyoming. In her view, these instances are evidence that “people can do something. An ordinary citizen can initiate a positive change.”

Bronzaft is especially bullish on educating children and young adults into taking local action, especially since noise control has been effectively ceded by the U.S. Environmental Protection Agency (EPA) to state and local governments. She lauds the NYC Department of Environmental Protection’s online curriculum on sound and noise, “to teach children about the beauty of sound and the dangers of noise,” as a great example of how to embed noise pollution awareness early. “You should always start with children,” she says.

Given how ineffable noise can be, many people can’t afford to wait for policy changes or large infrastructure projects to help them find some quiet. Luckily, personal technology solutions are becoming more popular. Sommerfeldt is an expert in a field called Active Noise Control (ANC) — the method of using noise to cancel out noise. “This is generally a low-frequency solution,” he says. A popular example is noise-canceling headphones, which protect the user’s ears from outside sound by generating their own white noise. Some cars are also beginning to use ANC solutions to block out external noise (especially from the engine) for passengers inside a vehicle. “It’s relatively easy to implement for cars — up to a certain point,” says Sommerfeldt. “It’s more challenging to make it quiet over a large region or the region completely inside an automobile or plane.”

Critics might decry all of this spending on an issue that doesn’t seem to be immediately hazardous, but Bronzaft emphasizes that the problems caused by noise compound over time if not addressed. Solving noise pollution is a preemptive measure that can forestall bigger physiological and learning issues people may later develop. “Health and student education cost a lot of money in this country,” says Bronzaft. “It’s cheaper in the long term to quiet things down.”

Ultimately, a game-changing factor might simply be accruing more data on the subject so that policy-makers and engineers can put it to use. Some researchers are trying to leverage new technologies to solve that obstacle. A team of scientists at New York University’s Music and Audio Research Lab (MARL) recently launched the Sounds of New York City (SONYC) initiative, which seeks to distribute compact sensors throughout NYC to generate an acoustic “map” of the city to better understand how sounds get dispersed in the city, and what areas are louder than others. As the city that never sleeps with a din to fit, NYC is a pretty obvious testbed for such a project. If SONYC is successful, its data could be combined to health and safety studies to demonstrate more about how debilitating noise pollution is to our lives, and to wildlife populations in nearby regions.

It’s impossible to conceive of a quiet future for the planet — surely, things will only get noisier. True quiet will be increasingly hard to find. But new innovations could go a long way in helping the average person better navigate through the hullabaloo of a clamorous world. There’s little reason to believe it’s inevitable we’ll all go deaf by 55.

Read This Next
Futurism
How Earth's Most Extreme Environs Are Key to Humanity's Future
Futurism
In 1918 We Faced the Flu Pandemic. Today, We're Still Fighting the War.
Futurism
Is Organic Really Better? 4 Food Myths Debunked By Science
Futurism
We Need to Open the AI Black Box Before It's Too Late
Futurism
Could Digital Voting Create a Society That Is Truly Governed by the People?
More on Future Society
Sleepless in San ...
6:26 PM on futurism
Elon Musk Reportedly Building "Sad Hotel Rooms" at Twitter HQ for Exhausted Employees
Fake Shots
4:39 PM on the byte
That Viral Video of Stephen Curry Sinking Impossible Shots Is Fake
But His Emails!
3:13 PM on futurism
Twitter Cofounder Says Elon Musk Is "Not a Serious Person"
READ MORE STORIES ABOUT / Future Society
Keep up.
Subscribe to our daily newsletter to keep in touch with the subjects shaping our future.
+Social+Newsletter
TopicsAbout UsContact Us
Copyright ©, Camden Media Inc All Rights Reserved. See our User Agreement, Privacy Policy and Data Use Policy. The material on this site may not be reproduced, distributed, transmitted, cached or otherwise used, except with prior written permission of Futurism. Articles may contain affiliate links which enable us to share in the revenue of any purchases made.
Fonts by Typekit and Monotype.