The windows can cancel out harsh sounds in real time. 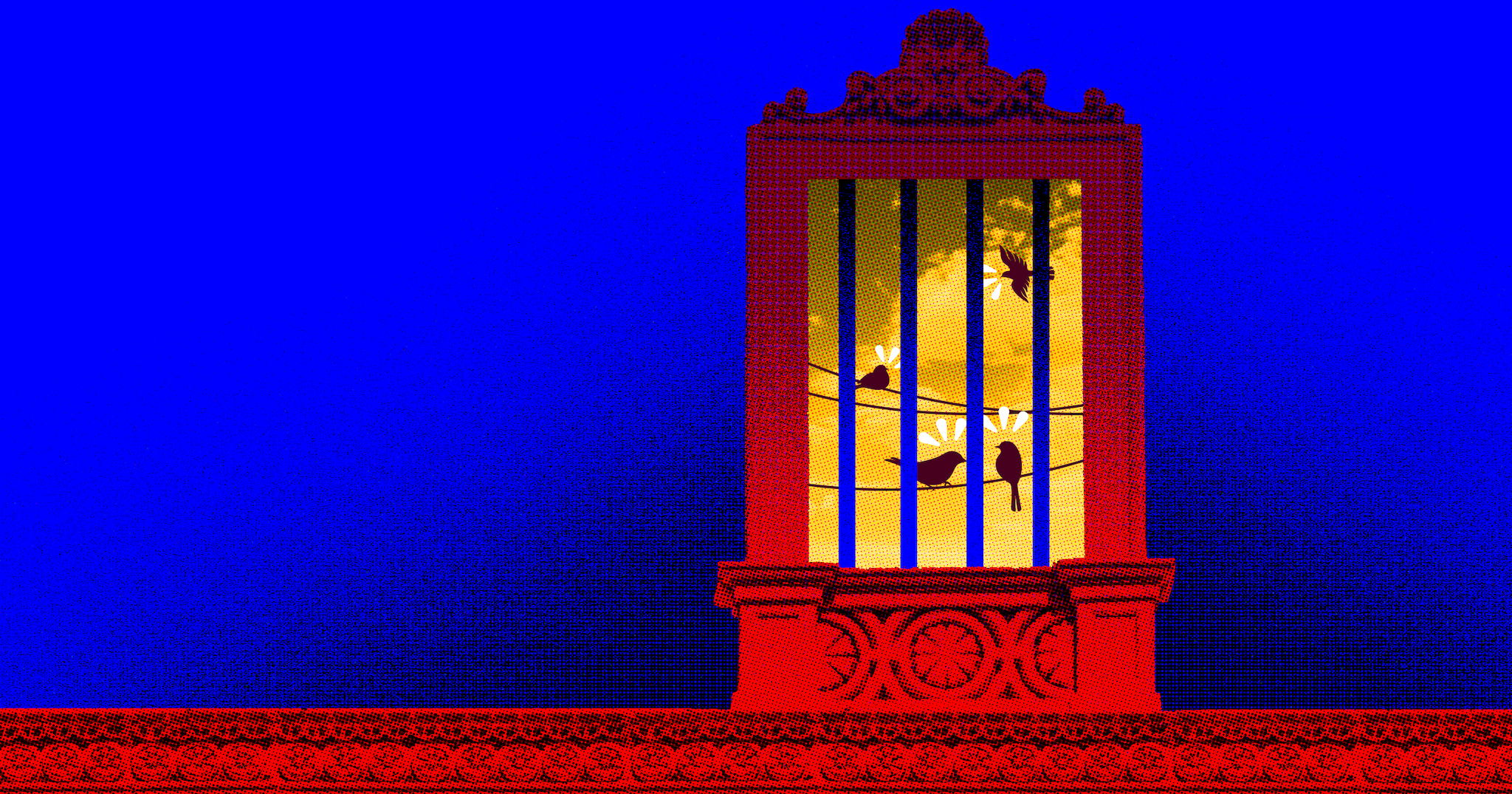 Any city-dweller can tell you that some nights are just too noisy to let you sleep. Your upstairs neighbor erupts into early-morning yells (pigeons on his windowsill maybe? who can tell), while your downstairs neighbor blasts “Shape of You” for the ninth friggin time that night. Yes, hours often reserved for sleep are usually the ones in which a hellish cacophony emerges.

You can't shut your neighbors up. But researchers out of Singapore’s Nanyang Technological University have done the next best thing: they made noise-cancelling windows that can cancel out any harsh noise coming into your home. Picture noise-cancelling headphones, except for the construction going on and the trains or planes that might pass by.

The device is essentially an array of microphones and speakers that register the sound waves of loud noises coming in and cancel them out by playing an inverted version of the same wave — the waves' peaks matched perfectly to the valleys of the other. When the inverted waveform and the original sound interact, they cancel each other out, leaving just mellow, ambient noise. All in real-time.

This, by the way, is exactly how noise-canceling headphones work. But canceling sounds in a large open area is more challenging than just what's next to your ear, and requires more sophisticated technology.

For now at least, the prototype covers an entire window. And because it's so bulky, the device blocks out the light, too, though the researchers plan to make their design more sleek in the future.

So far, the researchers have just made a prototype and not a version of the technology that you can go out and buy. Futurism has reached out to the researchers to learn how much these windows will cost, but as of this article’s publication we have not yet heard a response (we will update this post if/when we do).

What we do know? Cost-effectiveness was a major challenge for engineering this gadget in the first place. A technologically-advanced array of smart windows is unlikely to find its way to low-income housing or the noisiest (and most affordable) parts of a city where people likely need them most. Rampant noise pollution and even just the stress of city life can cause health problems, so it’s unclear whether these windows will ever reach the people who would benefit from them the most.

Soundproof curtains cost more than $100 per window, which is already cost-prohibitive for those who live in the noisiest parts of a city (not to mention impractical for those that like natural light). It seems like for the immediate future, the ability to get some good peace and quiet will remain a luxury.

Read This Next
Brands We Love
This App Uses Karaoke to Get You Speaking New Languages
Brands We Love
Learn The Coding Skills You'll Need to Land Your Next Job With These Online Classes
Brands We Love
Thanks to This Innovative Fintech, Real Estate Investment Is Easier Than Ever
Brands We Love
This Peer-to-Peer Real Estate Investing Platform Is Changing the Mortgage Game
Brands We Love
Real Estate Investing Has Finally Evolved Thanks to This Innovative Peer-to-Peer Platform
More on Future Society
Sleepless in San ...
Yesterday on futurism
Elon Musk Reportedly Building "Sad Hotel Rooms" at Twitter HQ for Exhausted Employees
Fake Shots
Yesterday on the byte
That Viral Video of Stephen Curry Sinking Impossible Shots Is Fake
But His Emails!
Yesterday on futurism
Twitter Cofounder Says Elon Musk Is "Not a Serious Person"
READ MORE STORIES ABOUT / Future Society
Keep up.
Subscribe to our daily newsletter to keep in touch with the subjects shaping our future.
+Social+Newsletter
TopicsAbout UsContact Us
Copyright ©, Camden Media Inc All Rights Reserved. See our User Agreement, Privacy Policy and Data Use Policy. The material on this site may not be reproduced, distributed, transmitted, cached or otherwise used, except with prior written permission of Futurism. Articles may contain affiliate links which enable us to share in the revenue of any purchases made.
Fonts by Typekit and Monotype.