By listening in to students' conversations, the tech is supposed to detect anger before it leads to violence. 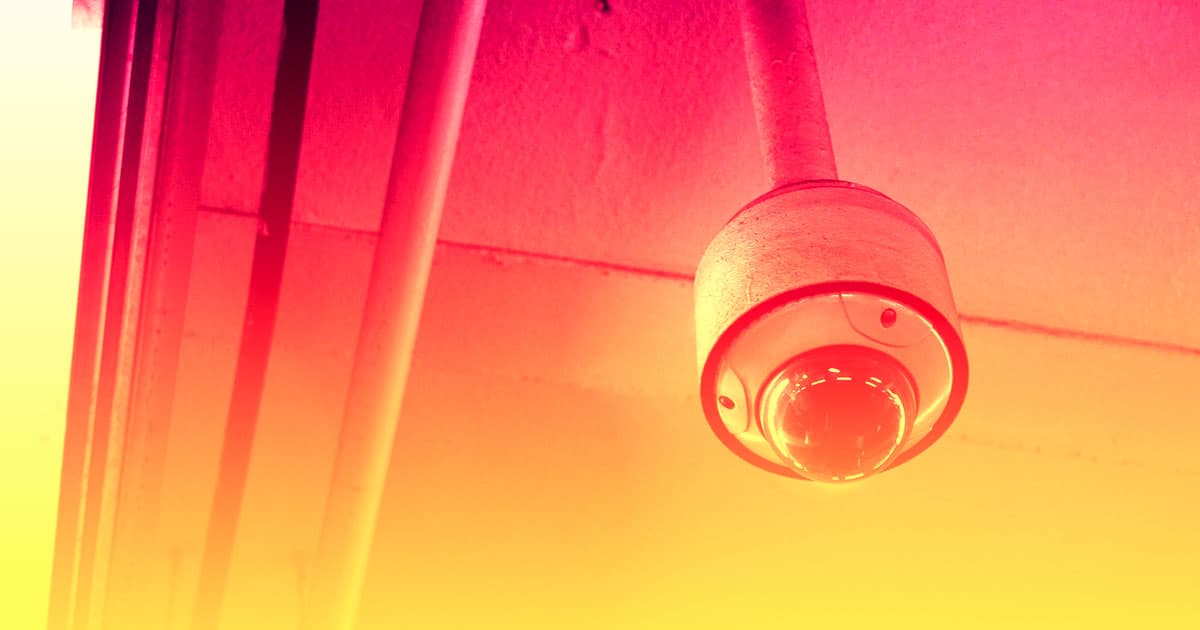 At what point does a shout indicate anger, does a scream indicate fear of danger? And can the fine line between them be pinpointed by a microphone on the ceiling?

ProPublica published a report that sought to answer these questions — and discovered that the current "aggression detectors" on the market are not very effective at determining anger in voices.

Developed by Sound Intelligence, the monitors are fixed in public spaces like hallways and cafeterias, listening for shouts or tension — and for an extra added price, they'll listen for gunshots, car alarms, and even recognize if "students are vaping in the school bathroom."

As mass shootings continue to target schools, churches, hospitals, and other public places worldwide, surveillance tech companies are developing AI-packed microphones that can listen in on us and point out an angry student or snubbed employee before the worst occurs.

ProPublica visited the Frank Sinatra School of the Arts in Queens and enlisted students' help with testing the monitoring system's effectiveness and the results were... not encouraging.

One student let out a glass-shattering scream in a silent library, which didn't set off the detector, but a sick student coughing through a chest cold did. During another test, when the students cheered on a pizza delivery or were playing a calm game of Pictionary, the detector went haywire with warnings.

The machine learning algorithm within the device picks up on high-pitched, strained noises but doesn't analyze the words or meaning of what the person is saying. When it detects aggression, a message will pop up declaring "StressedVoice detected."

A spokesman for California-based Louroe Electronics, which develops surveillance microphones, told ProPublica that the devices wouldn't be intruding on student privacy since it only focuses on "sound patterns deemed aggressive," and yet, the microphones on the monitors record everything, allowing school administrators to "replay those snippets of conversation indefinitely."

All Ears for Aggression

The detection software is meant to enable security officers to “engage antagonistic individuals immediately, resolving the conflict before it turns into physical violence.” But if the monitor misfires and picks up a student in distress, or a hospital crying out in pain, the officers will be overloaded with false positives.

According to ProPublica, there is a massive market for surveillance products in schools, with one projection showing a $2.7 billion market for "education security products" — and last year, U.S. congress approved more than $25 million to go toward school security improvements.

Wendy Shirey, principal of Pinecrest Academy Horizon — a charter school in Henderson, Nevada, spoke with ProPublica about the two detectors installed in her school (upgraded with the gunshot-detection add on). Shirley also wears a panic button around her neck that can call the police from one click. "It’s always after an event that something happens before we talk about solutions," Shirey said. "But why not get in front of it? We have to adapt to the world as it is."

Read This Next
Brands We Love
This App Uses Karaoke to Get You Speaking New Languages
Brands We Love
Learn The Coding Skills You'll Need to Land Your Next Job With These Online Classes
Algorithmic Artistry
These DJs Are Making Music By Coding on a Huge Screen
Power Down
Tech Used to Be for the Rich. Now They’re Paying to Avoid It.
Hacker President
Presidential Hopeful Beto O'Rourke Belonged to Infamous Hacker Group
More on Future Society
Rough
Yesterday on futurism
Elon Musk's Twitter Is Reportedly Failing Miserably to Contain Horrific Child Abuse Content
YouTube Propaganda
Yesterday on the byte
Experts Say There's Something Very Weird About North Korean YouTubers
Bird Crap
Feb 4 on the byte
It Looks Like Elon Musk Is Actually Building a Twitter Payment Platform
READ MORE STORIES ABOUT / Future Society
Keep up.
Subscribe to our daily newsletter to keep in touch with the subjects shaping our future.
+Social+Newsletter
TopicsAbout UsContact Us
Copyright ©, Camden Media Inc All Rights Reserved. See our User Agreement, Privacy Policy and Data Use Policy. The material on this site may not be reproduced, distributed, transmitted, cached or otherwise used, except with prior written permission of Futurism. Articles may contain affiliate links which enable us to share in the revenue of any purchases made.
Fonts by Typekit and Monotype.