Apple Runs A "Black Site" That a Worker Called "Dehumanizing"

“It was made pretty plain to us that we were at-will employees and they would fire us at any time,” 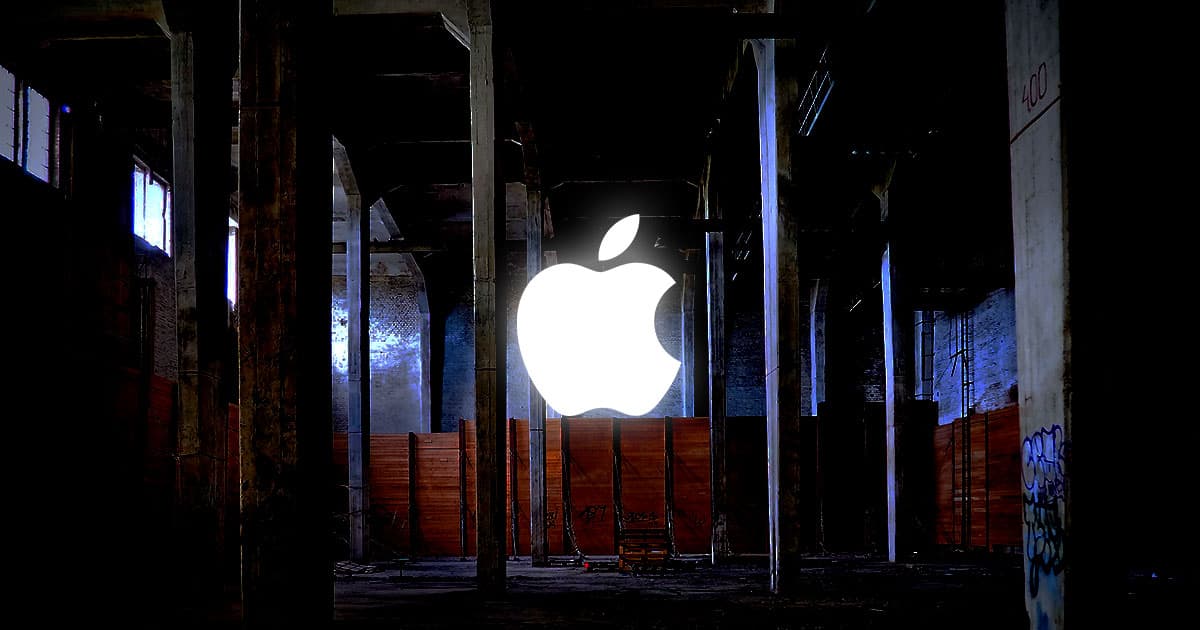 Six miles from Apple’s shiny new campus, which was heralded as a glowing beacon of the Silicon Valley tech industry’s wealth, the company also operates a smaller facility for contractors who work on Apple Maps.

Inside, the conditions are so grim and secretive that many of the contractors, who tend to quit or get fired before the end of their contracts, refer to it as a "black site" kept separate from the rest of Apple’s more outwardly-glamorous operations, according to Bloomberg.

"Being monitored like that is super dehumanizing and terrifying," one former contractor told the magazine.

A number of those contractors spoke to Bloomberg on the condition of anonymity. Many were hired by outside agencies such as Apex Systems, which manages day-to-day operations at the facility, where employees were asked to use the back door and to walk several blocks away before hailing a ride home.

While they were there, the contractors typically double-checked Apple Maps’ systems to make sure roads were mapped correctly, and fielded complaints about inaccuracies. But their managers often enforced draconian policies, breaking up water cooler chats and forbidding conversations with full-time Apple staff.

"It was made pretty plain to us that we were at-will employees and they would fire us at any time," one contractor told Bloomberg.

Many of the contractors, who tended to be hired straight out of college, eager for what they thought would be a promising career at Apple, were fired for not being productive enough. Others quit outright.

“There was a culture of fear among the contractors which I got infected by and probably spread,” that same anonymous contractor told Bloomberg.

Apple’s internal review of operations at the black site found that worker conditions met their standards. However, Bloomberg reported, the anonymous contractors who spoke up agreed that their lives improved after leaving Apple.

READ MORE: What It’s Like to Work Inside Apple’s ‘Black Site’ [Bloomberg]

Read This Next
Mark's Bad Year
Layoffs Hitting Facebook as Zuckerberg's Vision Stumbles
Apple Stalker
Man Caught Planting Apple AirTag on Ex Girlfriend's Car to Stalk Her
Tim Apple
Apple CEO Menaced by Armed Stalker Who Thinks She's His Wife
Phone It In
Amazon Under Fire for Workplace Cell Phone Ban After Deadly Warehouse Collapse
On Ice
Apple Is Delaying Plans to Scan Phones for Child Abuse Material
More on Future Society
Rough
Yesterday on futurism
Elon Musk's Twitter Is Reportedly Failing Miserably to Contain Horrific Child Abuse Content
YouTube Propaganda
Yesterday on the byte
Experts Say There's Something Very Weird About North Korean YouTubers
Bird Crap
Feb 4 on the byte
It Looks Like Elon Musk Is Actually Building a Twitter Payment Platform
READ MORE STORIES ABOUT / Future Society
Keep up.
Subscribe to our daily newsletter to keep in touch with the subjects shaping our future.
+Social+Newsletter
TopicsAbout UsContact Us
Copyright ©, Camden Media Inc All Rights Reserved. See our User Agreement, Privacy Policy and Data Use Policy. The material on this site may not be reproduced, distributed, transmitted, cached or otherwise used, except with prior written permission of Futurism. Articles may contain affiliate links which enable us to share in the revenue of any purchases made.
Fonts by Typekit and Monotype.