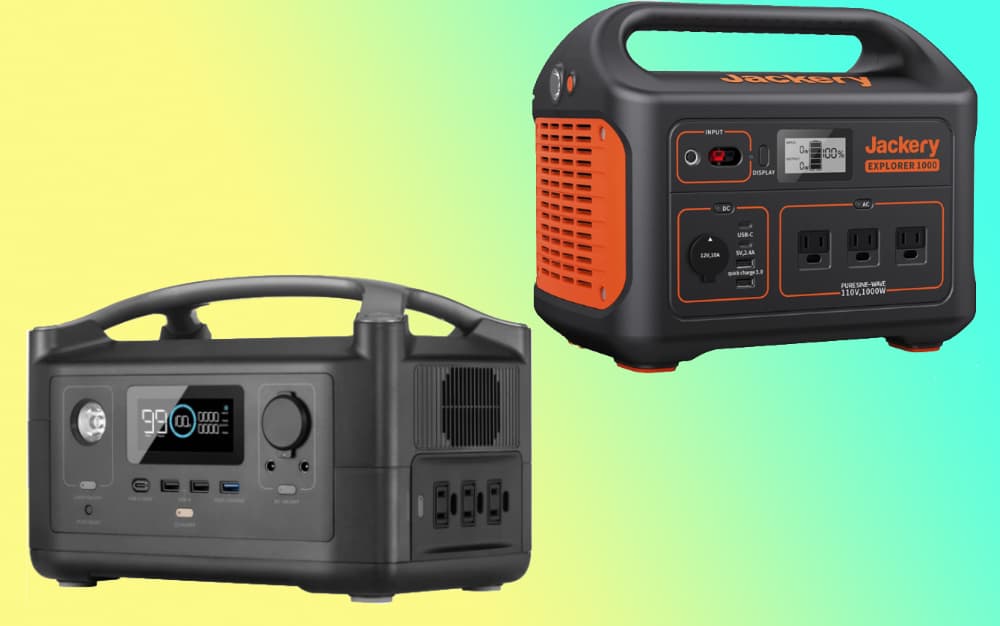 Going off the grid this summer? An electric generator is a an essential for camping or van life, and you can save hundreds of dollars on one during Prime Day 2022. An electric generator differs from the power banks most of us use regularly in size, power level, and price. A generator can power small appliances or fully recharge devices like laptops and smartphones several times without needing to be plugged in. Yes, generators are large, but they're designed to be used while camping.

Amazon Prime Day 2022 is the best time to get an electric generator because most of the highest-quality models are discounted pretty heavily. This is still an investment, but one that'll pay off big time every time you take the road less traveled for a couple of days. Some of these generators can also be used in conjunction with solar panels, which allows you to have a totally eco-friendly camping setup.

While these Prime Day 2022 deals are pretty choice, we're already partially through day two of the event. This means the deals below will only be active for a few more hours, so you should jump on them if you're interested.

If you've never used an electric generator before, EF Ecoflow's River Plus is the perfect one to get. It's outfitted with three AC plugs, three USB-A ports, one USB-C port, a DC output, and a built-in light. You can connect anything from a smartphone to a mini-fridge to the River Plus and it'll keep them alive for several hours (if not days), without needing to be plugged in. Once its battery is depleted, you can refill it up to 80 percent in about an hour, or fully recharge it in roughly an hour and a half.

You can keep track of how much power the River Plus has by looking at its screen, which will display not just the battery percentage, but how much electricity is currently being drained. If you've left a device to charge, you can check on this generator using Ecoflow's app on your iPhone or Android device. You can recharge the River Plus by plugging it into any outlet, but we recommend taking advantage of Ecoflow's Prime Day deal on its 160-Watt Portable Solar Panel.

The solar panel will recharge the River Plus in around two to four hours depending on the weather conditions. If you plan on camping in a remote area for several days, it's worth the investment, especially given its $170 discount for Prime Day. In our experience, Ecoflow's solar panels and electric generators are well designed and function perfectly even after repeated use. You'll need to rely on your electric generator and solar panel during more extreme conditions, which is why we recommend Ecoflow's River Plus so highly.