Be more active and less reliant on fossil fuels. 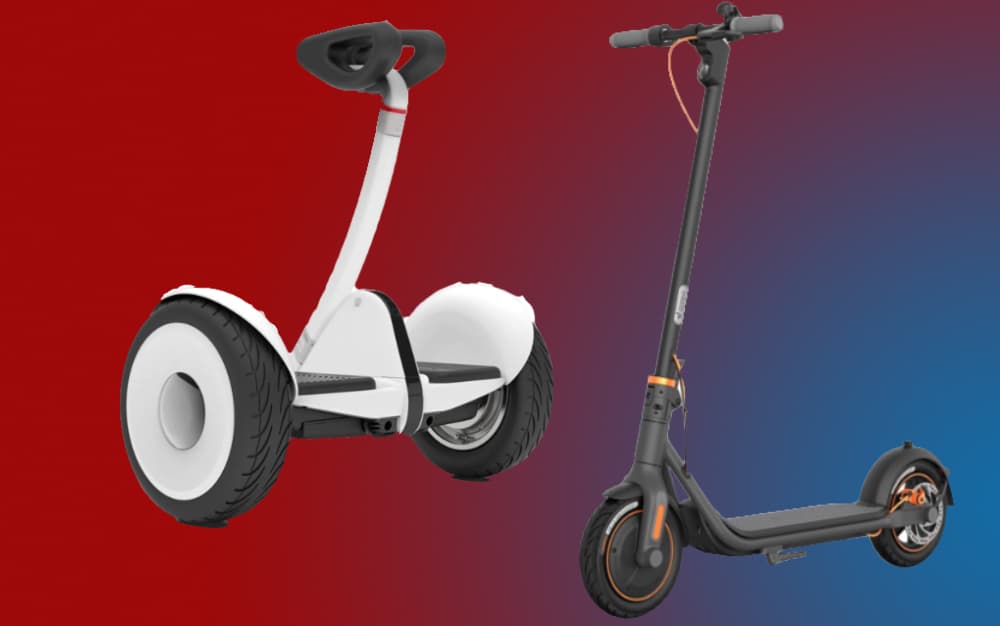 You may think Amazon Prime Day is all about tech accessories and speakers, but there are a bunch of great discounts on personal electric vehicles to help you get around without a car. Electric bikes, scooters, and segways are the ideal way to make quick trips around your neighborhood without worrying about wasting gas or finding a place to park.

We found the best electric vehicle deals for Prime Day 2022, and it's possible to save hundreds of dollars on your EV, which makes them far more accessible to many more people. If you've been sitting on the fence about whether an e-bike or similar mode of transportation is right for you, we recommend giving these deals serious consideration.

Be mindful of the fact that this is the second day of Amazon Prime Day 2022, so the deals will disappear in a matter of hours.

Schwinn is one of the most trusted names in the bicycle world, and its Mendocino electrifies the experience of two-wheeled travel.

The Mendocino can accommodate adults between 5'4" and 6'2", which covers most adults. It has 26-inch wheels, which can handle bumps and cracks in the road without impacting the bike's stability. We'd have no problem recommending this bicycle to any rider, but its pedal-assist function puts it over the top. You can activate pedal assist by using a keypad built into the right handlebar.

The pad has physical buttons that are raised, so you can easily feel them with your finger and change settings without looking down. Pedal assist can be very helpful during particularly steep inclines, especially if you're an inexperienced rider, and extend your bicycle ride significantly. By using the pedal assist judiciously, you can build up your endurance to rely on it less frequently.

Schwinn says the Mendocino's battery can work for up to 45 miles, and takes five hours to charge. If you ride your bike frequently, you may be able to get through a week without fully draining the battery. The battery's relatively fast charging speed allows you to fully juice up the Mendocino overnight, so it's ready for your next ride when you wake up. Electric bicycles are becoming more popular, and this Amazon Prime 2022 deal on the Schwinn Mendocino can help you join the sustainable travel revolution.

Read This Next
From the Dept. of Things to Buy
Get the Echo Show 5 at Half-Price During Labor Day Deals on Amazon Hardware
From the Dept. of Buying Things
How to Stream “Lord of the Rings: The Rings of Power” on Amazon
FROM THE DEPT. OF THINGS TO BUY
The Best Last-Minute Prime Day Deals
FROM THE DEPT. OF THINGS TO BUY
Best Fitness Equipment Deals on Amazon Prime Day
FROM THE DEPT. OF THINGS TO BUY
Time for a Great Deal on the TicWatch Pro 3 Ultra on Amazon Prime Day
More on Robots & Machines
Egg Drop
3:20 PM on the byte
Former NASA Guy Drops Egg Out of Space, Tries to Keep It From Breaking
No Ethics
Yesterday on the byte
San Francisco Cops Now Allowed to Use Robots to Kill People
FROM THE DEPT. OF...
Monday on futurism
The Best Over-Ear Headphones of 2022
READ MORE STORIES ABOUT / Robots & Machines
Keep up.
Subscribe to our daily newsletter to keep in touch with the subjects shaping our future.
+Social+Newsletter
TopicsAbout UsContact Us
Copyright ©, Camden Media Inc All Rights Reserved. See our User Agreement, Privacy Policy and Data Use Policy. The material on this site may not be reproduced, distributed, transmitted, cached or otherwise used, except with prior written permission of Futurism. Articles may contain affiliate links which enable us to share in the revenue of any purchases made.
Fonts by Typekit and Monotype.