It "will almost certainly throw itself down a flight of stairs if presented the opportunity." 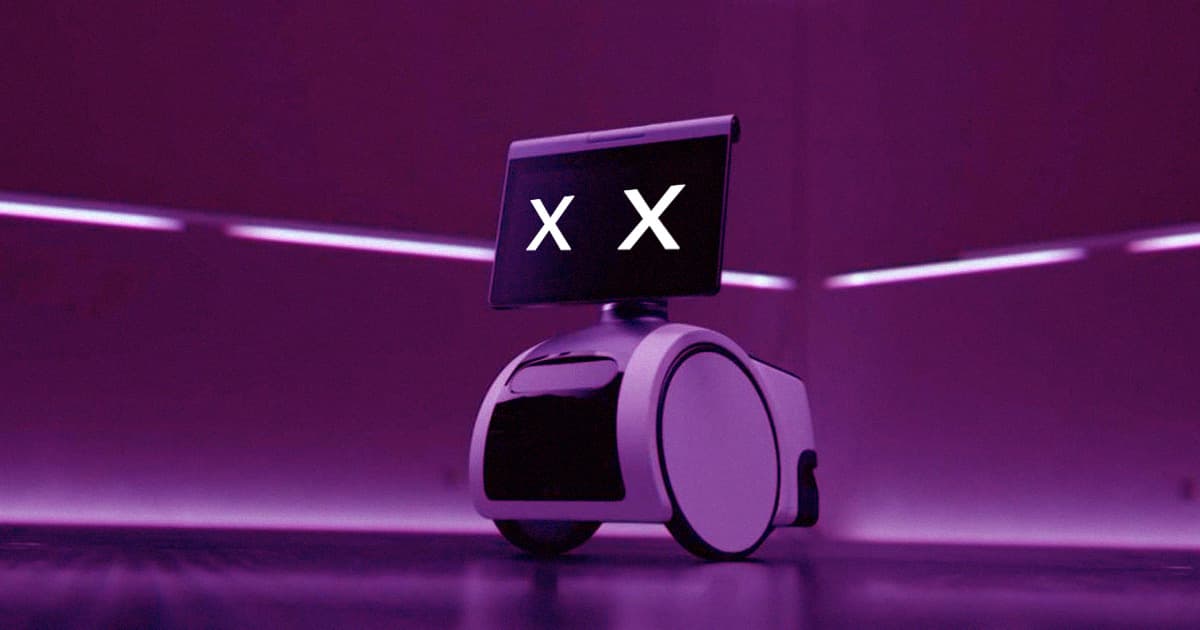 According to developer documents and video meeting recordings obtained by Vice, the engineers behind Amazon's new $999 robot aren't thrilled with the finished product.

The e-retailer recently announced the Astro, a stalkerish two-wheeled robot designed to keep track of everything you do, and even spy on anybody unlucky enough to enter your home.

Even if you sign on to that troubling premise, the bot's developers apparently weren't happy with the final product.

"Astro is terrible and will almost certainly throw itself down a flight of stairs if presented the opportunity," an unnamed developer said, as quoted by Vice. "The person detection is unreliable at best, making the in-home security proposition laughable."

"The device feels fragile for something with an absurd cost," the developer added.

Vice's source also criticized the device's marketing as an accessibility device, telling the outlet that it's "at best, absurdist nonsense and marketing and, at worst, potentially dangerous for anyone who'd actually rely on it for accessibility purposes."

A second source who also worked on the project called it "a disaster that's not ready for release," noting that "they break themselves and will almost certainly fall down stairs in real world users' homes."

Senior PR manager Kristy Schmidt called the allegations "simply inaccurate," telling Vice that the robot "went through rigorous testing on both quality and safety, including tens of thousands of hours of testing with beta participants."

It's almost poetic: a highly invasive robot hellbent on throwing itself down a flight of stairs.

Astro represents the kind of future we've been warning about for all these years: a largely autonomous robot actively spying on strangers, developed by a company that has built its success on collecting every bit of information it can glean from its customers.

Fortunately, it isn't likely to fly off the shelves given its hefty price tag.