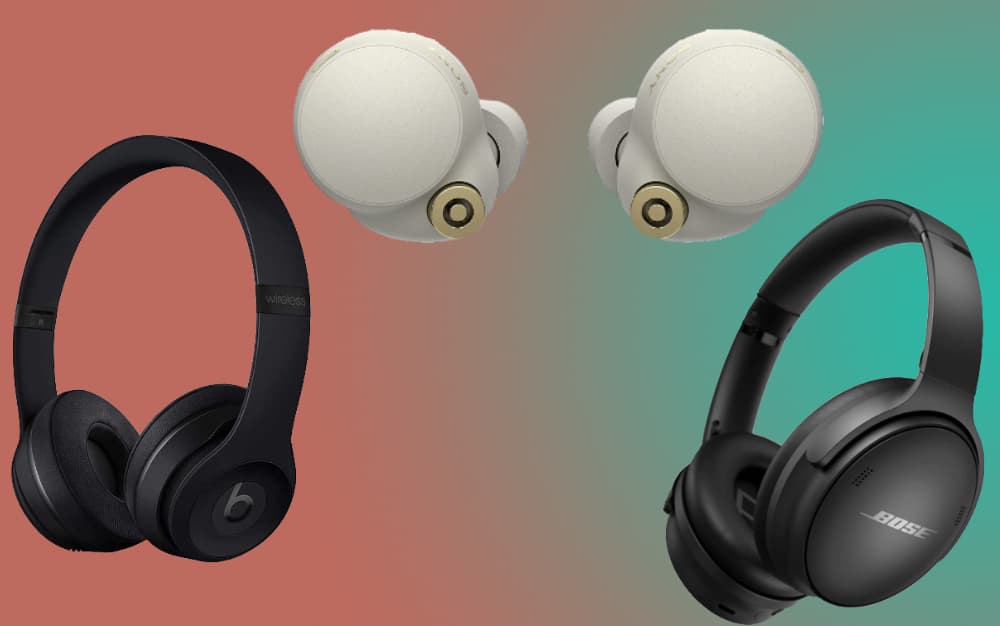 Prime Day 2022 — aka Cyber Monday in July — has entered into its second day, and the deals just keep on coming. If you're in the market for audio, there’s never been a better time to pick up a pair of premium headphones at an enormous discount. Over-ear headphones, on-ear headphones, and earbuds from several top-tier companies have dropped down to their lowest prices in months. This is your final opportunity to get these headphones at these prices, and some of the best gear has already started to sell out.

Good deals are great, but there are more reasons to pick up the headphones we’re recommending beyond saving a few bucks. The models we’re recommending have advanced technical features, like custom-designed processors that enable levels of audio quality and noise-cancellation that would have been impossible even a couple of years ago. Improvements in battery technology enable you to listen for longer stretches of time before you have to reach for a charging cable, even when listening on earbuds.

If you’ve been using the same pair of headphones for several years, upgrading to a new pair won’t be a surface-level change motivated by vanity. Companies have spent years iterating on features and tweaking the designs of their headphones for both performance and comfort, Prime Day just enables you to enjoy the fruits of those labors at a lower price than usual.

It doesn’t matter if you need headphones for relaxing at home, working out at the gym, or blocking unwanted sounds like the sound of an airplane’s engine, you’ll find what you’re looking for here. We’ve rounded up the best Prime Day headphone deals to save you the hassle of sifting through them yourself.

Sennehiser's HD 599 SEs are an excellent pair of open-back wired headphones, and they’re $100 off for Prime Day.

The over-ear headphones provide well-balanced sound that's particularly accurate at representing mid-range frequencies like vocals and acoustic instruments. The HD 559 SEs have velvety ear pads that are large enough to accommodate  any ear shape, and lend themselves to long listening sessions. These headphones may not have all the bells and whistles of Bluetooth headphones (wireless connectivity and active noise cancellation are the biggest differences), but those shouldn't discourage serious music fans who want to listen to music at their desks.

One thing to note about open-back headphones: They leak sound. The people around you will be able to hear everything you're listening to, so these may not be the best headphones to wear in the office and on your commute. If you need a pair of cans to enjoy your favorite music at home, though, this Prime Day 2022 deal is one for the ages.

The Beats Solo3 are the perfect Prime Day headphone deal for anyone who appreciates audio quality, but doesn’t want to carry around a bulky pair of headphones.

The Solo3s feature Apple’s W1 chip, which allows them to use a more power-efficient version of Bluetooth to connect to an iPhone, iPad, and Mac. The W1 also enables the Spatial Audio feature found on Apple’s AirPods earbuds and headphones, which allows you to hear select albums, TV shows, and movies in surround-sound.

They don’t support active noise-cancellation, but sacrificing that feature allows them to stay alive for up to 40 hours per charge. Beats says the Solo3s offer up to three hours of music playback when charged for just five minutes. Buttons built into the Solo3’s right ear cup allows you to adjust the volume of your music, or switch tracks. This is a helpful feature for those times when you don’t feel like fishing your phone out of your pocket.

On-ear headphones aren’t as popular as earbuds or over-ear pairs, but the Solo3’s extremely long battery life, support for Spatial Audio, and excellent price make them well worth a look.

We found over a dozen great Prime Day deals on earbuds, but none held a candle to the $80 discount on Sony’s WF-1000XM4s, which are the best noise-cancelling earbuds we’ve ever heard.

The WF-1000XM4s are so good at blocking unwanted noise that their performance should be compared with over-ear headphones instead of other earbuds. The WF-1000XM4s’ noise-cancellation performance is matched only by their exquisite audio quality, especially when listening to acoustic music or bass-heavy tracks.

This level of audio quality is possible because the WF-1000XM4s feature Sony’s proprietary V1 processor, which is able to analyze the audio you're listening to and noises from the world around you in real time. The V1 also enables a feature that automatically lowers the volume of your music when you’re speaking, so you don’t have to pull a bud out of your ear.

This custom chip gives these earbuds a leg up over its competition, and is power-efficient enough to allow the WF-1000XM4 to last up to five hours before needing to be recharged.

Sheathing the earbuds in their battery case for five minutes will get you up to 60 minutes of music playtime. If you’re on a flight, that quick-charge feature will come in handy.

If earbuds are your headphone style of choice, Sony’s WF-1000XM4s are guaranteed to be an upgrade over whatever you’re listening to music on now, and a great deal thanks to Prime Day.