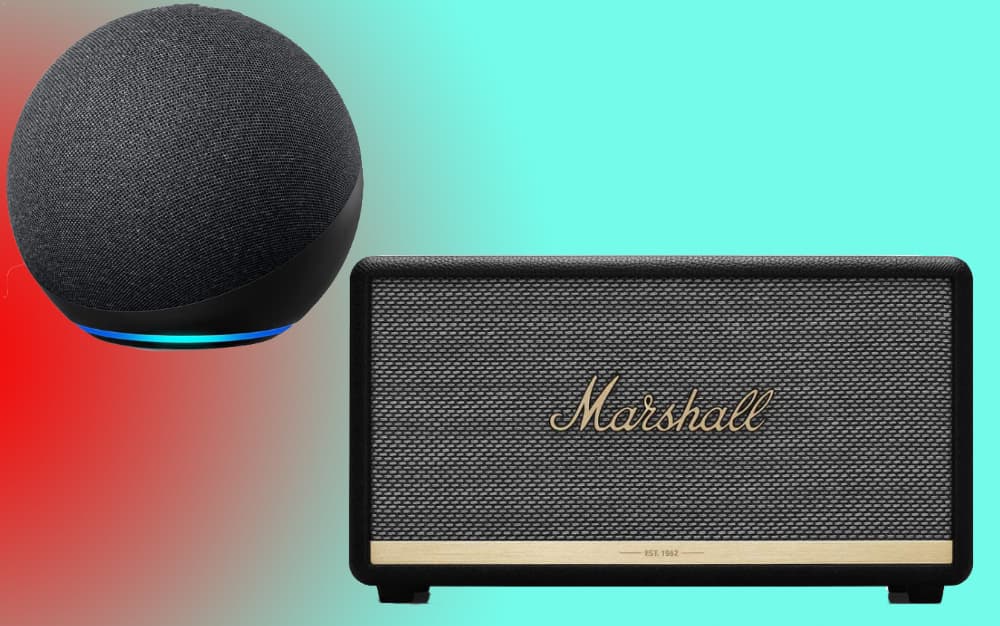 The second day of Prime Day 2022 has arrived, and there are still a lot of deals to be had. Your time is starting to run out, but if you've procrastinated on your Prime Day shopping, we have you covered.

Speakers have come a long way over the past 10 years thanks to improvements in wireless technology, battery life, and increased expectations from all of us. We want them to be wireless, run on battery power, and have the ability to play music from both analog and digital sources. Speaker manufacturers have responded by flooding the market with great-sounding equipment that checks all of those boxes.

Even budget-priced speakers, which used to be the scourge of the audio world, have gotten a lot better lately as we’ve collectively begun caring more about sound quality. Streaming services like TIDAL, Apple Music, Qobuz, and Amazon Music Unlimited have made it easier (and less expensive) than ever to listen to high-resolution (better than CD quality) tracks from our phones.

Smart speakers, which initially seemed like a gimmick, have ushered in an entirely new era of audio. You can now ask your speaker to play the music you want from the streaming service of your choice rather than being limited by the size of your CD or record collection. Smart speakers also allow you to control smart-home accessories, which can include anything from your home’s light bulbs to its sprinkler system.

If you’re thinking about upgrading from an older speaker, Prime Day is the ideal opportunity. We’ve rounded up the best speaker deals, and will continuously update this story as new sales pop up and others end.

Prime Day is a day to splurge, and Bang & Olufsen's $129 discount on its Beolit 20 is the perfect example why. The ultra-luxe speaker is packed with features that'll provide entertainment for several years to come.

On the audio side, it has multiple speakers inside to ensure bass, midrange, and treble frequencies are all represented accurately. A feature called Beosonic Tuning allows you to adjust the way the speaker sounds from Bang & Olufsen's app, so it's guaranteed to sound good to your ears. All of our experience with Bang & Olufsen's audio gear has been positive, and we're confident the Beolit 20 will be the best portable speaker you've ever had.

The company says this speaker can last eight hours on a single charge, which is more than enough time to get you through a beach day or party. The battery has so much juice that Bang & Olufsen built a wireless charging pad on top of the Beolit 20, so you can charge your phone while it streams your tunes over Bluetooth. Our favorite touch: This speaker has a vegan leather strap that makes it easy to carry around.

If you've been waiting to upgrade your portable speaker to one that sounds like it belongs in a home theater, Bang & Olufsen's Beolit speaker is the ultimate Prime Day 2022 deal.

The Amazon Echo is one of the most important tech products of the last 10 years, so it’s no surprise that this deep discount on the fourth-generation model caught our attention.

Amazon went through great lengths to re-design the Echo recently, and the manufacturer took special care to build a great audio system underneath the circular, mesh fabric-covered speaker. This Echo has three drivers — one for midrange and bass, two for treble — and has sounded fantastic in our tests.

You can use Alexa, Amazon’s smart assistant, to control every function of the speaker. The fourth-generation Echo has a Bluetooth mode and 3.5mm AUX port, so you can make a direct connection with your devices. This is the first Echo to support Dolby Audio, an audio format that allows you to listen to high-resolution audio without a reduction in sound quality. Previous Amazon Echo speakers were maligned for their audio quality, but the fourth-generation model absolutely rectified those complaints.

We’re fans of the fourth-generation Echo as a speaker, but its smart features are its biggest strengths. If you have a smart home, the Echo can act as a centralized hub, allowing you to control them with ease. Amazon has made great strides in simplifying the Amazon Echo app (available on iOS and Android), so you can easily link compatible devices up to this speaker.

If you’ve been curious about the Amazon Echo, but put off by reports of the speaker’s sub-par audio performance, Prime Day deal is the ideal time to pick one up. If you’re using an older Echo, but want to upgrade, Amazon is offering a 25 percent discount for people who trade in their current speaker, which makes this deal even better.