Upgrade your work/game station on the cheap. 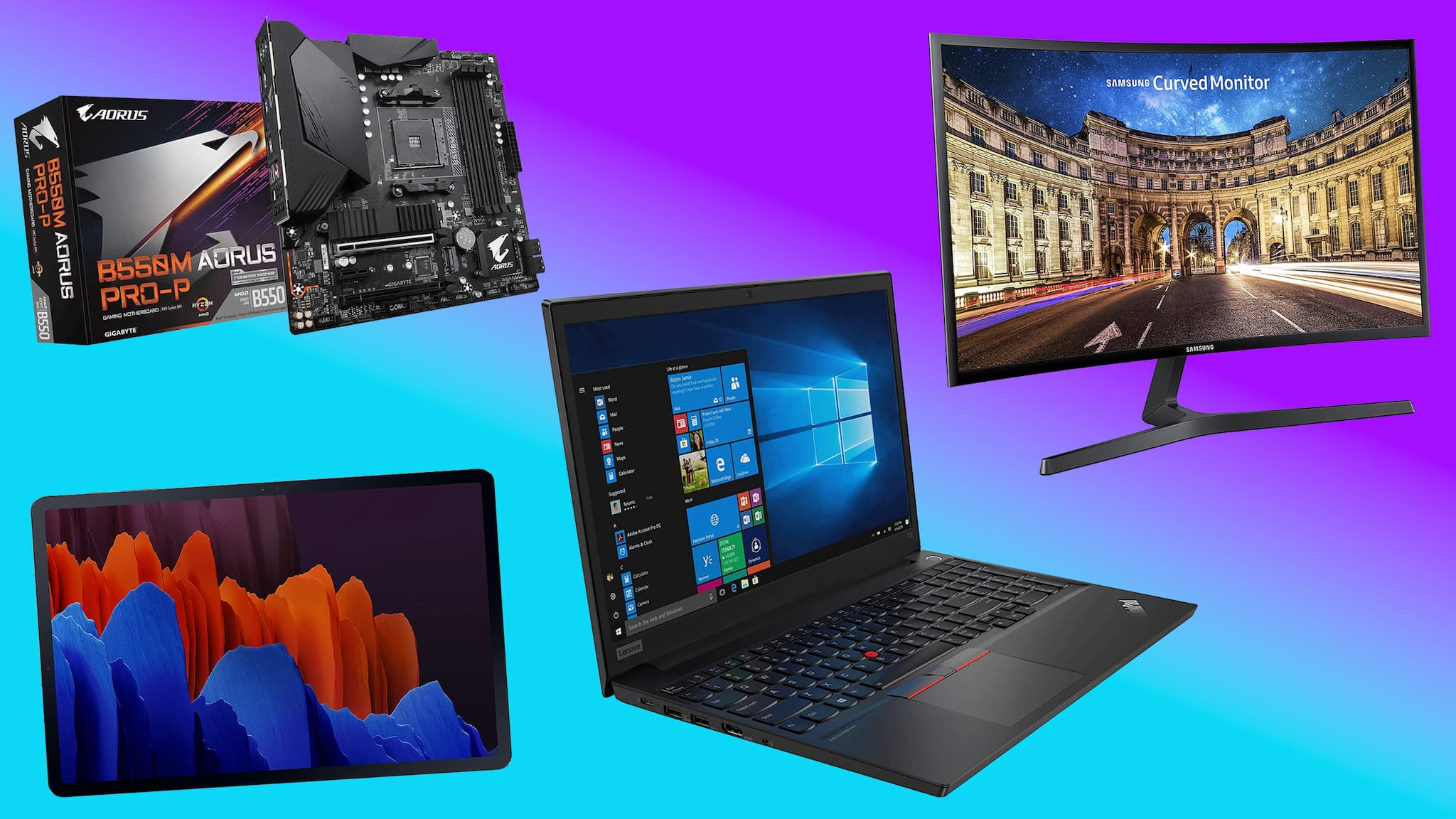 Paying full price on big-ticket items is the domain of chumps. Never buy a mattress outside of Memorial Day weekend, never buy a new car unless it’s Toyotathon season, and never, ever, buy a new laptop unless it’s Amazon Prime Day. America’s favorite shopping holiday is always good to those looking to upgrade their tech, and this year is no exception. This year’s Prime Day has sales on laptops, tablets, and even graphics cards.

Not everyone needs a device that can run “Crysis 3” on max settings. For those looking for a device strictly for documents, emails, and light surfing, the Samsung Galaxy Book Go is a small, but surprisingly speedy Chromebook. It runs up to 18 hours on a full charge and is even shockproof in case you take a spill. If you’re already a dedicated Galaxy fan, rest assured that this device will sync up to your other Samsung devices with ease.

When buying a new monitor, size absolutely matters. LG UltraWide not only packs 34 inches of screen, but it stretches across your workstation to give you plenty of space to juggle between different applications with ease. It’s a work-from-home powerhouse packed with unbelievable picture quality, screen-splitting capabilities, and even some great built-in speakers.

Sometimes to innovate, you have to look to the past. The Galaxy Z Flip splits the difference between an early ‘00s flip phone and a modern smartphone, blending some of the best form and function in any modern phone. The fold design makes selfies easier to take, with a look that is both inspired and travel friendly. Best of all, the splurge on this phone that expertly blends nostalgia with powerful specs is only $734 for Amazon Prime Day.

Do you want to make your gaming rig virtually future-proof? Replacing your old graphics card with the ZOTAC Gaming GeForce RTX may be the last upgrade you’ll need to perform for a while. It’s got some of the best cooling in the game, and is 8K, four-display ready. Scoop it up before the crypto bros do.