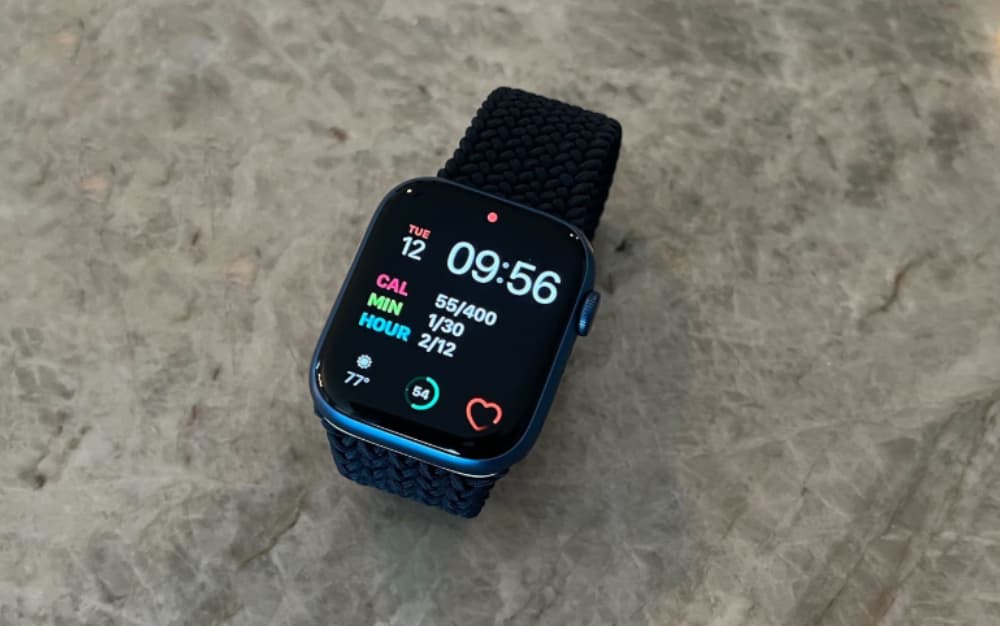 Apple never discounts its own hardware, but the Apple Watch Series 7 is just $309.99 on Amazon during Prime Day 2022. That's $120 less than its normal price, and $50 lower than it's ever been before. If you've been holding out to get an Apple Watch (or upgrade from an older model), there's literally never been a better time.

The Apple Watch Series 7 is Apple's newest smart watch to date. It's got a larger display than its predecessors, which allows you to see more information at once. This is particularly helpful when reading notifications with a lot of word, like text messages or social media notifications. The Series 7's screen is "always on," so you can get basic information, like the time, without raising your wrist.

If you plan on using the Apple Watch Series 7 as a fitness tracker, you'll benefit greatly from its advanced sensors, which can track your steps, heart rate, and sleep automatically. The smartwatch can also detect when you're in the middle of different types of exercises, bicycle riding for example, and enter a fitness mode that accurately tracks how many calories you're burning. Apple says the Series 7 is water resistant, so you can wear it during your swims without the fear of it getting damaged.

The data will be stored in Apple's "Health" app on your iPhone, where it's encrypted and kept private. The Series 7 is also capable of reading your blood oxygen level and taking an EKG (electrocardiogram) directly from the Apple Watch. One of this smartwatches standout health features is called "Fall Detection," which uses its accelerometer and gyroscope to sense when you've fallen, and send out an alert if you don't respond to a prompt.

Apple says the Series 7's battery should last "all day," which has generally been true in our experience. If you use more resource intensive features like real-time fitness tracking for a prolonged period of time, you'll run the battery down more quickly. Luckily, this is the first Apple Watch to support fast charging — a 45 minute charge will refill the Series 7's battery from 0% up to 80%. If you set the Apple Watch Series 7 on its charger while you take a shower or fix yourself lunch, it should last all day regardless of which features you use.

Prime Day 2022 is full of exceptional deals, but you shouldn't skip out on this Apple Watch Series 7 discount if you're in the market for a smartwatch.