Set it and (almost) forget it. 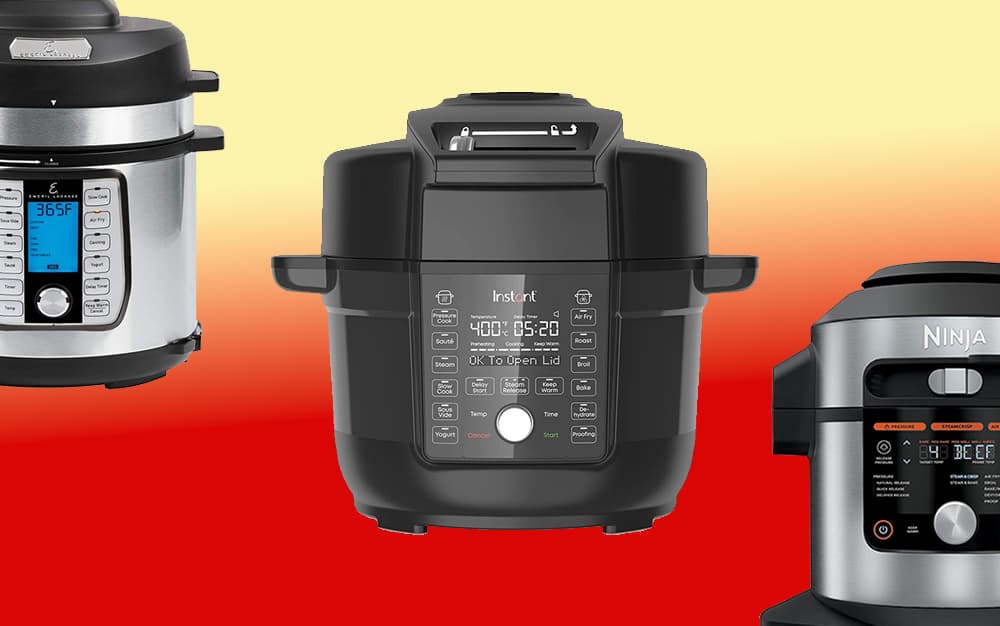 If you don't own a pressure cooker, there's never been a better time to jump into the quick-cooking craze than on Amazon Prime Day. Imagine dumping a bunch of ingredients into a pot, clicking a few buttons, and then enjoying a succulent meal in as little as 20 minutes that tastes like it cooked all day?

For easy weeknight dinners in a flash, there's no better pal than an electric pressure cooker. And these devices are getting flashier than ever, with features like built-in air fryers, thermometers, and even full-on broiler capabilities. There are tons of great deals on pressure cookers big and small during this year's Amazon Prime Day.

Of course, to take advantage of these deals, you'll need to be an Amazon Prime subscriber. Luckily, you can enjoy a free 30-day trial so you don't miss out on the shopping holiday. Here are a handful of great deals on pressure cookers.

Plenty of pressure cookers boast versatility, but the Instant Pot 6.5 Quart Duo Crisp Ultimate performs 13 functions with one device. It pressure cooks, sautés, slow cooks, steams, warms, roasts, bakes, broils, proofs bread, and even dehydrates food and cooks food sous-vide. Can any other device in your kitchen do all that? With its innovative lid, not only can it air fry your favorite frozen foods into guilt-free treats, but brown whole chickens, steaks, and cutlets that you pressure cooked. The only question when it comes to this device is where pressure cooking technology goes from here. It's a steal at full price, but you can save $50 on it for Prime Day only.

Stand before this pressure cooker and tremble. Not only can it cook up to 8 quarts of food, it even has a built-in thermometer for something that isn't too common in pressure cookery: precision. Make sure that the pricey brisket you splurged on won't come out dry after a quick round of pressure cooking. Considering its temperature precision, Ninja Foodi 14-in-1 is great for not only proofing yeast doughs, but baking them to perfection. If you need to feed an army on a regular basis and feed them fast, Ninja Foodi is a fantastic piece of kitchen tech, and it's on sale for Prime Day only.