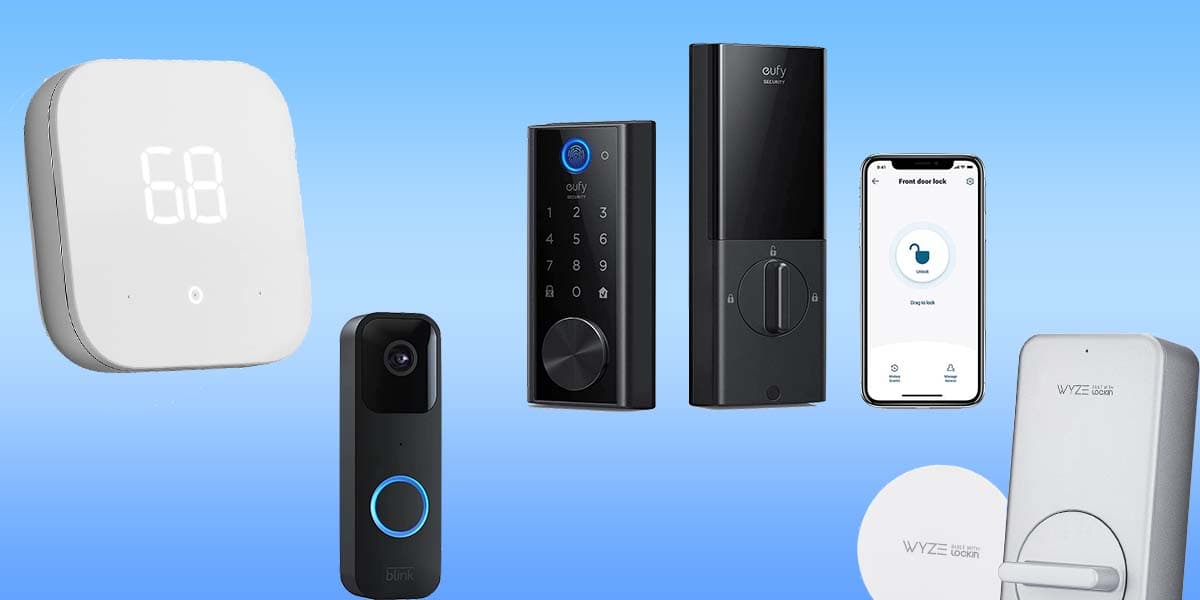 Prime Day 2022 continues into its second day, and there're still plenty of deals to help you get the gear you actually want for a lot less money. We're here to highlight the best deals on smart home tech that'll make your home feel futuristic without causing too much friction. We focused on practical smart home gear, like light bulbs and security equipment, which you can rely on every single day.

The common bond between all of this gear is that it can be controlled via an app on your phone, or by using a smart-home assistant like Alexa through Amazon's Echo smart speaker. If you're ready to take your home into the future (on a budget!) these are the best smart home deals of Prime Day 2022.

Eufy's Security Lock Touch solves two practical problems all of us have had at least once: Getting into your house when you've forgotten your keys, and letting people into your home when you're not around. Instead of reaching for a key, you can unlock your door using a numerical code on its touchpad. Forgot your code? Don't worry, you can use your thumbprint to authenticate yourself and get insider.

If you'd like to let a friend into your place without strategically leaving your key underneath the one conspicuous-looking plant on your stoop, you'll be able to unlock the door from anywhere in the world using an app on your phone. This is a far more practical (and safe) approach to letting people in. If the person you're letting in has your code, the Lock Touch will send you a notification when the door has been opened. If the door's been opened unexpectedly, you can ask someone to check it out.

Another standout feature of the eufy Security Lock Touch is its automatic locking function, which activates the deadbolt when you leave your home, so you don't have to worry about whether you left your door unlocked. This smart lock runs on battery power, and only needs to be charged a couple of times a year. If you're looking to make your home more easily accessible and more safe, eufy's Security Lock Touch is the perfect Prime Day 2022 purchase.