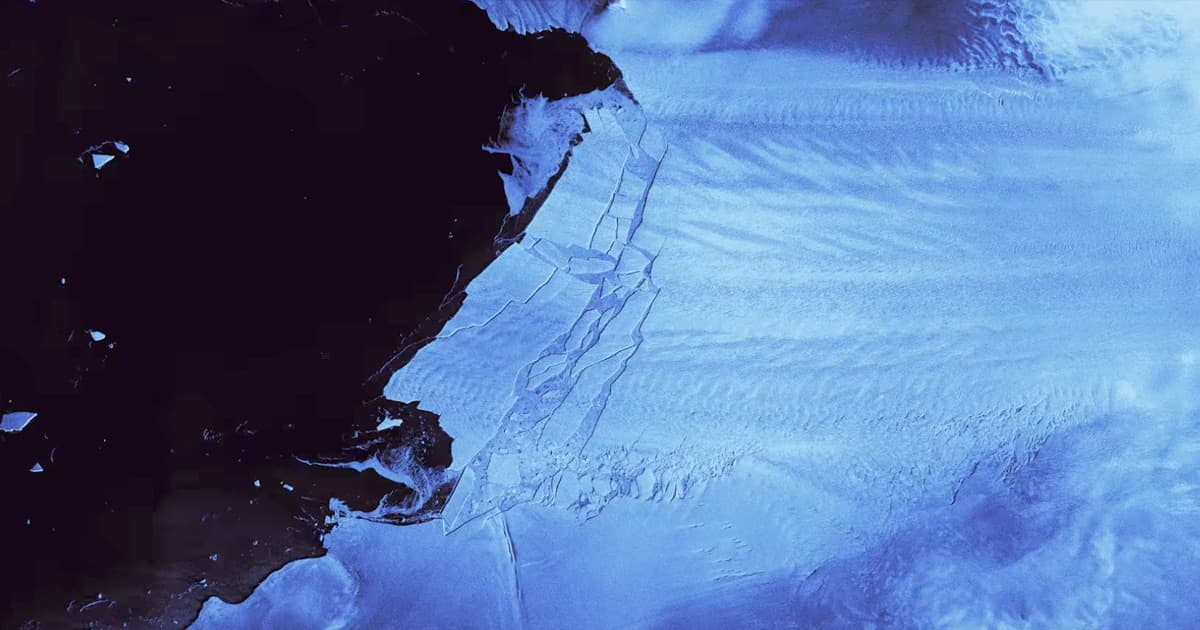 The iceberg split into smaller ones, which the ESA is calling "piglets."

The iceberg split into smaller ones, which the ESA is calling "piglets."

Since 2017, an iceberg the size of Las Vegas has been slowly cracking and breaking off the massive Pine Island Glacier, on the coast of Antarctica.

The European Space Agency (ESA) has kept satellite cameras trained on the iceberg — dubbed PIG — since then, Inverse reports, and now the space agency released a time-lapse video of the ongoing split. It's a disturbing video, especially when considering how rapidly the glacier fractured compared to past splits.

In the video, PIG is seen splitting into even smaller icebergs as it floats away from the rest of the glacier. The ESA is referring to those mini-icebergs as piglets, according to Inverse.

Scientists used to spot cracks like that of PIG splitting off every four to six years, Inverse reports. But now, thanks to worsening climate change, similar fractures are appearing almost every year.

Most dire is what will happen if PIG continues to melt as the planet heats up. Together with its twin iceberg Thwaites, Inverse reports that PIG contains enough ice to raise global sea levels by four feet, a change that would lead to catastrophe.

More on Antarctica: Radioactive Dust From an Ancient Supernova Is Buried in Antarctica

Disease Dilemma
Study: Climate Change Making More Than Half of Infectious Diseases Far Worse
Yesterday
Read More
Crimate
Kardashian Slammed for 17-Minute Private Jet Flight to Beat Traffic
Jul 22
Read More
Back Online
Japan May Need Nine Nuclear Reactors Turned On to Get Through Winter
Jul 14
Read More
+Social+Newsletter
TopicsAbout UsContact Us
Copyright ©, Camden Media Inc All Rights Reserved. See our User Agreement, Privacy Policy and Data Use Policy. The material on this site may not be reproduced, distributed, transmitted, cached or otherwise used, except with prior written permission of Futurism. Fonts by Typekit and Monotype.