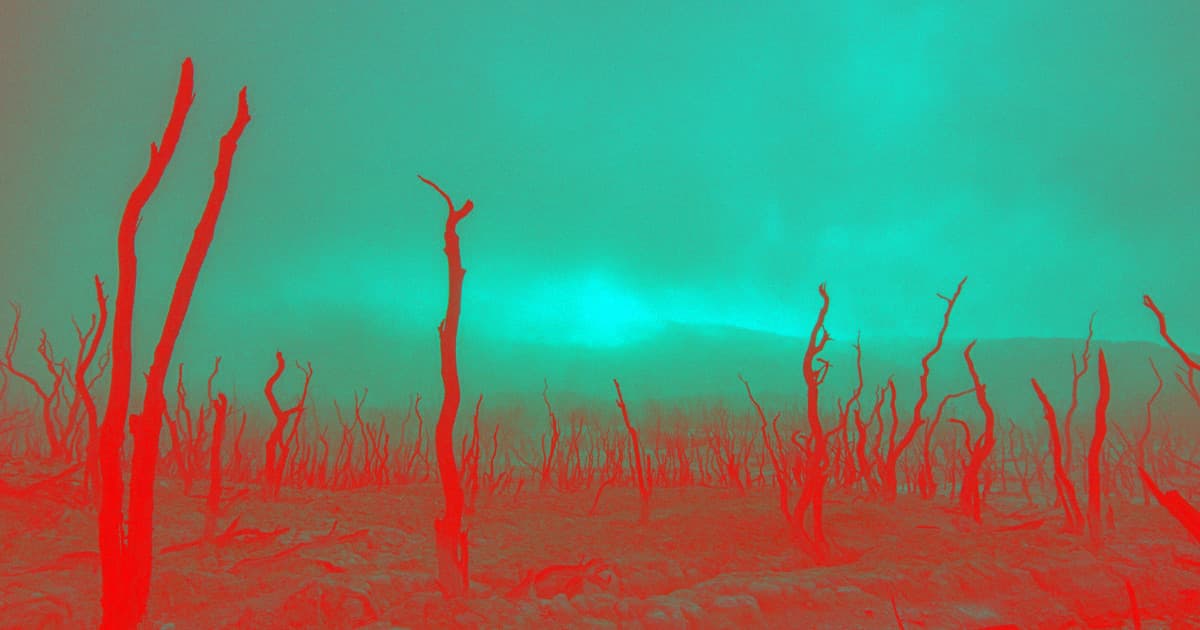 "We cannot rule out catastrophic outcomes where human life as we know it is threatened."

"We cannot rule out catastrophic outcomes where human life as we know it is threatened."

Prominent investment bank JP Morgan Chase has sent a report to clients warning that climate change could have cataclysmic effects on the markets — and, well, the rest of civilization, too.

"We cannot rule out catastrophic outcomes where human life as we know it is threatened," reads the report, obtained by the BBC.

The report, authored by JP Morgan economists David Mackie and Jessica Murray, called for zero net global carbon emissions by 2050. Notably, it also reportedly calls for a global tax on carbon — a drastic move that the authors admit is not going to happen anytime soon.

In sum, the report sounds like — if they were to heed it — a potentially massive shock to the system for JP Morgan, which has invested trillions of dollars in fossil fuels.

Maybe that's why the bank quickly moved to distance itself from the report, telling the BBC that it came from an internal team that was "wholly independent from the company as a whole."

The environment, after all, probably won't get a bailout.