A couple of years ago, its CEO called Bitcoin a "fraud." 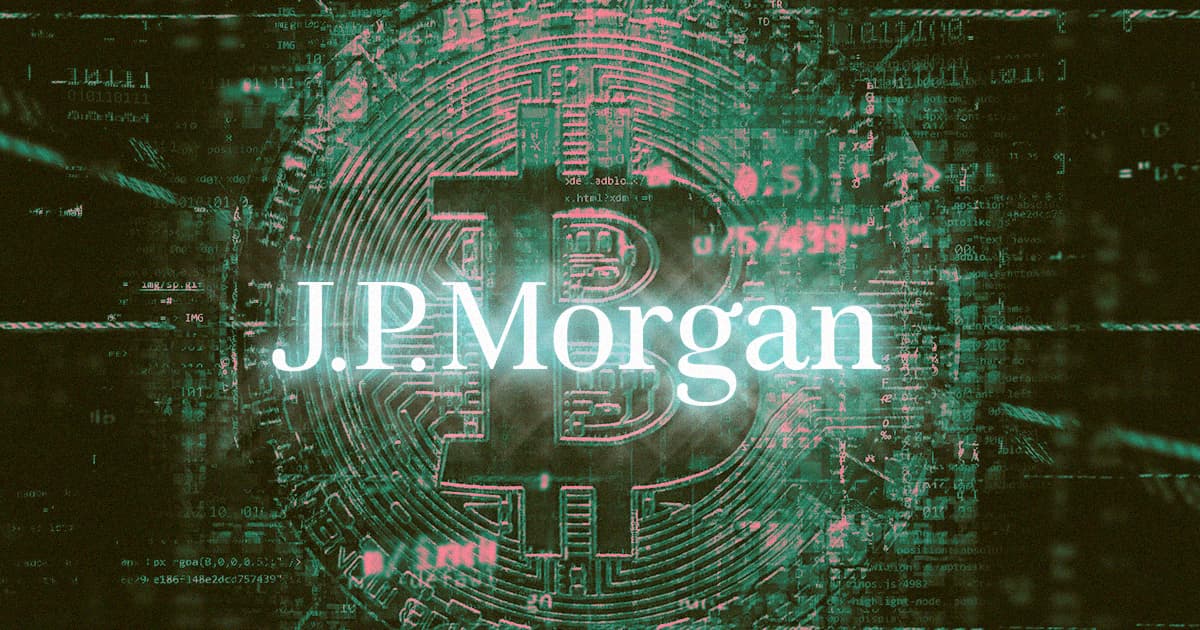 It’s been a long time coming — but it still feels surprising.

The announcement comes as a substantial change of tune for JP Morgan Chase. Its CEO Jamie Dimon famously called Bitcoin a “fraud” in 2017 before changing his mind the following year.

The new token will initially run on top of JP Morgan Chase’s Quorom platform, its own take on popular blockchain platform Ethereum, according to Coindesk.

Each JPM Coin will be worth a single U.S. dollar, like other so-called stablecoins. JP Morgan Chase clients will deposit their fiat currency in exchange for JPM Coins, and after settling the transaction, the coins will be returned in the form of U.S. dollars.

Wire transfer systems, including networks like Swift, are clunky — they can take long periods to complete and verify, especially when making payments internationally.

Blockchain technology has the potential, according to JP Morgan Chase, to speed things up considerably.

“The first bullet in any war is always the most important, and it looks like this could be the first move in a broader adoption of blockchain and digital currencies by large institutions,” London hedge fund Prime Factor Capital co-founder Adam Grimsley told Bloomberg.

But not everybody is convinced that it’s as groundbreaking as JP Morgan Chase wants us to think. Technology reporter for the New York Times Nathaniel Popper argued it might be “less useful, because it can’t move anywhere beyond the walls of JPMorgan,” in a tweet.

Editor’s note: This post originally misspelled the name of the CEO of JP Morgan Chase. It has been updated.

Read This Next
Sad!
Melania Trump Accused of Secretly Buying Her Own NFT to Avoid Disgrace
Bye Bye Baby
Lawyer for Crypto Laundering Rapper Says She Won’t Flee Because of Her Frozen Embryos
Greenwashing
World Wildlife Foundation Cancels NFT Project After Critics Point Out That It Was Actually a Huge Polluter
Bitcoin & Clyde
Feds Arrest Crypto CEO for Bitcoin Laundering, But Her Real Crime Was Against Rap Music
Stoking the Fire
Gaming Exec Says His Customers Are Idiots For Not Understanding How Great NFTs Are
More on Future Society
Smile!
2:39 PM on futurism
Experts Alarmed by Zoom’s Tech for Detecting Users’ Emotions
Seriously?
Yesterday on the byte
CEOs Exposed for Using Shockingly Stupid Passwords
(Girl)Boss Battle
Yesterday on the byte
OnlyFans Creator Says She Got Her Instagram Back by Systematically Having Sex With Facebook Employees
READ MORE STORIES ABOUT / Future Society
Keep up.
Subscribe to our daily newsletter to keep in touch with the subjects shaping our future.
+Social+Newsletter
TopicsAbout UsContact Us
Copyright ©, Camden Media Inc All Rights Reserved. See our User Agreement, Privacy Policy and Data Use Policy. The material on this site may not be reproduced, distributed, transmitted, cached or otherwise used, except with prior written permission of Futurism. Fonts by Typekit and Monotype.