You wouldn't take money from a disgraced billionaire. 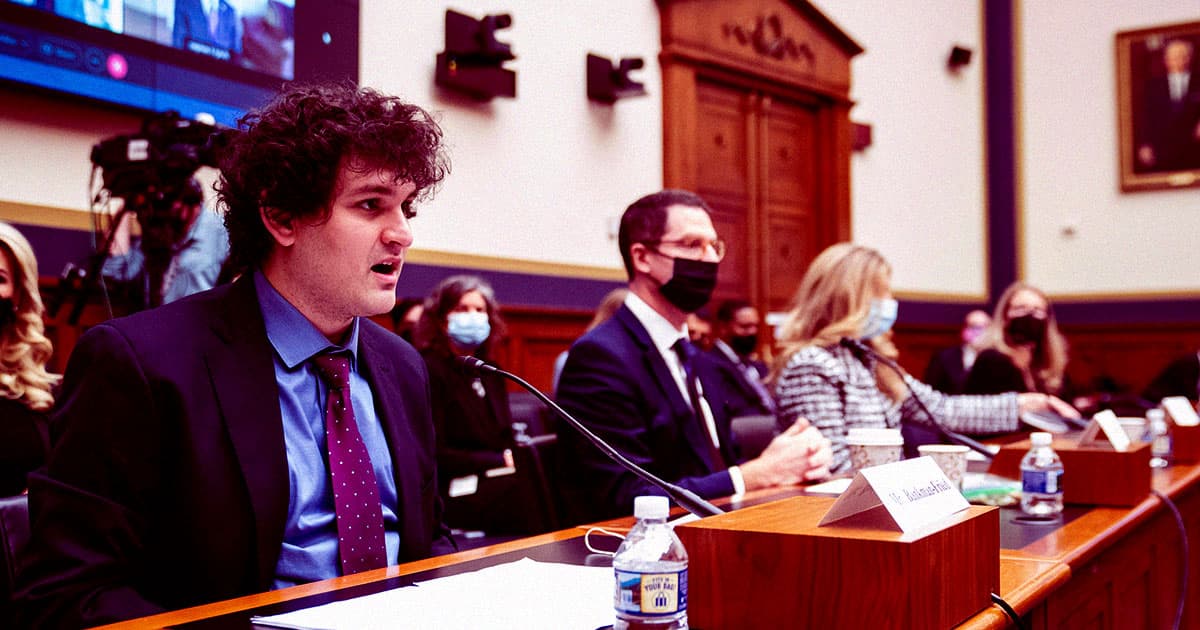 The disastrous and practically overnight collapse of the crypto exchange FTX has left potentially millions scrambling for their money, and even more wondering what happened.

Its CEO Sam Bankman-Fried, once touted as the adult in the room of crypto-bro-businessmen, was forced to resign in disgrace, suffering the largest wipeout of wealth for a billionaire in history.

And now, Bankman-Fried is staring down the double barrel of both a Justice Department and SEC investigation after the diminished entrepreneur was implicated in using customer funds to cover FTX's growing losses before it went belly up.

FTX's collapse was always going to be messy, but the fact that Bankman-Fried and his right-hand-man Ryan Salame donated tens of millions to politicians ahead of the 2022 election cycle? That complicates things further. According to a must-read new investigation from The Daily Beast, most of the politicians that received donations from the FTX leadership pair — some $72 million to a bipartisan but Democrat-heavy mix — have been eerily quiet on whether they'll give the money back.

Indeed, of the 26 FTX-funded campaigners contacted by The Daily Beast, most simply declined to respond.

A few — very few — others, like Rep. Carolyn Bourdeaux (D-GA), had the foresight not to take the shady money.

"I knew that this was a very risky financial instrument, and these guys were likely to come to a bad end," she told The Daily Beast. Bordeaux lost the Democratic primary to Lucy McBath, who benefited from $1.9 million in ads from one of Bankman-Fried's PACs.

She added that there needs to be some "some serious oversight, and for them to lean in on making sure we regulate this industry appropriately."

That's a fair point to make. Despite surging in popularity, cryptocurrencies still go largely overlooked by the US government. Yet with crypto's recent downturns and its propensity for enabling fraud and hyper-risky investments, there's more pressure on lawmakers now than ever to devise new laws on the rampant industry.

But when these same lawmakers glibly receive donations from the crypto industry they're set to break new legislative ground on, it becomes a massive conflict of interest.

Needless to say, money in politics is not a problem exclusive to the crypto industry. But the industry's newness, its lack of regulatory oversight, and the impetus for lawmakers to fix those crypto-sized holes in federal law now mean it has never been more exigent to scrutinize its political donations.

Even among lawmakers who believe in regulating crypto, some, like Rep. Maxine Waters (D-CA), chair of the House Financial Services Committee, don't see the problem with taking FTX money. According to Waters, it's no big deal since both Republican and Democrat candidates received a part of the FTX pie.

"It's unfortunate because it just puts a bad eye on cryptocurrency," Waters said of the FTX collapse, as quoted by the Beast. "And so we'll see what happens."

That doesn't exactly inspire faith that Waters and colleagues will bring the heat for a crypto crackdown, but in a way she's right — we'll probably just have to wait and see, and watch the flames rise from the next doomed exchange in the meantime.

Read more: Shady Crypto Cash Fueled Their Campaigns. Will They Keep It?

More on crypto: The FTX Collapse Has Another Crypto Company Preparing for Bankruptcy

Read This Next
Secrets Secrets
Elon Musk Vigorously Denies That SBF Secretly Owns Part of Twitter
Bye Bye Baby
Lawyer for Crypto Laundering Rapper Says She Won't Flee Because of Her Frozen Embryos
Bitcoin & Clyde
Feds Arrest Crypto CEO for Bitcoin Laundering, But Her Real Crime Was Against Rap Music
HODL Problems
An Entire Country Switched to Bitcoin and Now Its Economy Is Floundering
Crypto Courts
Crypto Startup Lets You Fund Other People's Lawsuits Against Each Other
More on Future Society
Head Like A Hole
Wednesday on futurism
Elon Musk's Crying About Trent Reznor Shows That He Is a Big, Big Baby
Miserly Musk
Tuesday on the byte
Cheapskate Elon Musk Refusing to Pay Bills at Twitter
Tesla Tank
Tuesday on the byte
Elon Musk's Wealth Has Plummeted by Over $100 Billion This Year
READ MORE STORIES ABOUT / Future Society
Keep up.
Subscribe to our daily newsletter to keep in touch with the subjects shaping our future.
+Social+Newsletter
TopicsAbout UsContact Us
Copyright ©, Camden Media Inc All Rights Reserved. See our User Agreement, Privacy Policy and Data Use Policy. The material on this site may not be reproduced, distributed, transmitted, cached or otherwise used, except with prior written permission of Futurism. Articles may contain affiliate links which enable us to share in the revenue of any purchases made.
Fonts by Typekit and Monotype.