Disgraced Sam Bankman-Fried Steps Down as CEO of FTX

What an epic fall from grace. 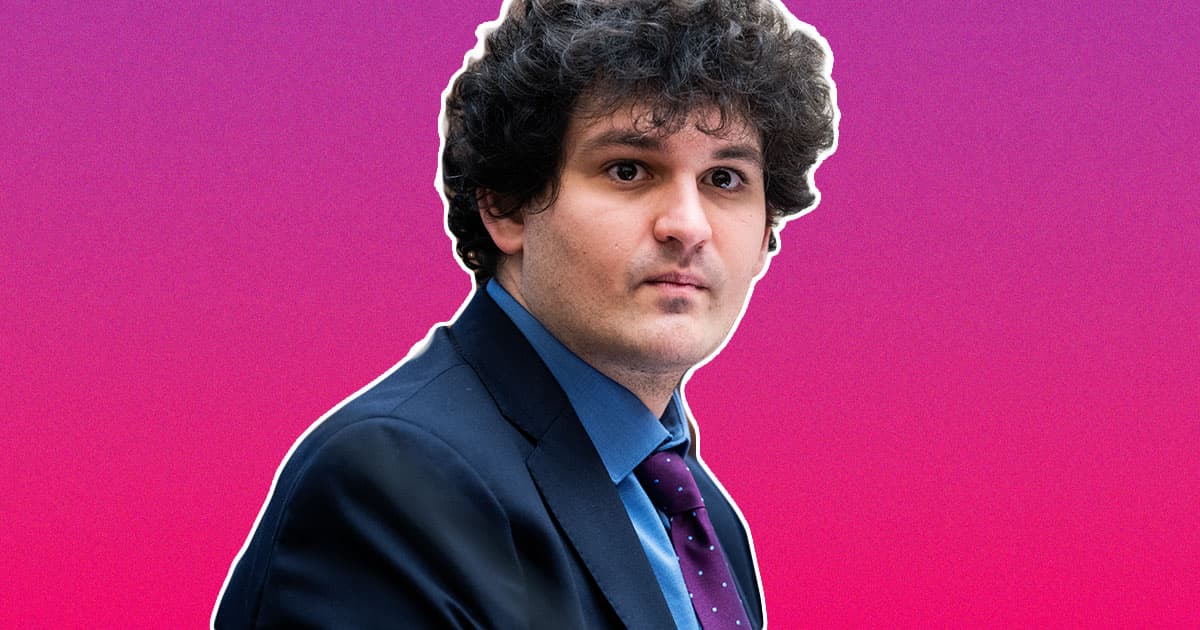 Disgraced FTX CEO Sam Bankman-Fried, whose empire collapsed in a matter of hours, this week, has officially stepped down.

It's been a tumultuous week for his former cryptocurrency exchange, which just filed for Chapter 11 bankruptcy in the US, wiping out a $32 billion valuation in a matter of days.

The exchange bottomed out earlier this week, with much larger rival Binance first offering a bailout, only to back out of the deal after getting a closer look at FTX's books.

One looming question: whether customers will get any of their money back. According to the bankruptcy filings, FTX has more than 100,000 creditors. There are assets that range from $10 billion to $50 billion, CNBC reports.

"Duped I guess is the right word, but I am very disappointed because I do like Sam," Anthony Scaramucci, the founder of FTX investor SkyBridge Capital and notoriously short-lived White House communications director, told CNBC. "I don’t know what happened because I was not an insider at FTX."

Bankman-Fried, once seen as the "Robin Hood of crypto," used his personal wealth to donate to political causes and even bail out smaller exchanges.

The CEO rapidly became synonymous with a controversial form of philanthropy often referred to as "effective altruism," the idea of using data to figure out how to bring as much benefit to as many people as possible.

In Bankman-Fried's case, he said the idea was to amass huge amounts of wealth to maximize the amount of positive impact he could have on other people.

In reality, his donations remained modest even before his spectacular fall from grace, especially compared to the big promises he made. At one point, Bankman-Fried promised to donate up to $1 billion to the next US presidential election, but later backtracked and gave far less.

Now that his net worth has plummeted, the picture is looking drastically different. In fact, the entire team behind FTX's philanthropy team, called FTX Future Fund, resigned earlier this week in what journalist Teddy Schleifer called a "holy-shit moment in the world of effective altruism."

"We are now unable to perform our work or process grants, and we have fundamental questions about the legitimacy and integrity of the business operations that were funding the FTX Foundation and the Future Fund," an open letter signed by Future Fund members reads.

In a statement on Thursday, Bankman-Fried admitted that he had "f*cked up, and should have done better."

Read This Next
FTuxxed
Behind the Lawsuit Against Celebs Who Shilled FTX Before Its Spectacular Meltdown
Toes in the Water
Guy Linked to Huge Crypto Meltdown Says It’s Just a Coincidence That He’s Hanging Out in a Country With No Extradition to United States
Guest List
Celebrities Are Officially Being Sued by FTX Retail Investors
This is Fine
Crypto Guy Says He's Doing Fine After Losing Billions of Customers' Money, Getting Plenty of Sleep
Tumblr or Bust
This Strongly Appears To Be Alameda CEO Caroline Ellison's Tumblr Account
More on Blocknik
Another One
Wednesday on the byte
Coinbase May Be in Real Serious Trouble Now
Laundry Day
Wednesday on the byte
Someone's Converting Millions of the Stolen FTX Funds Into Bitcoin
Tweeter's Brain
Monday on the byte
Sam Bankman-Fried's Lawyers Quit Because of His "Incessant and Disruptive Tweeting"
READ MORE STORIES ABOUT / Blocknik
Keep up.
Subscribe to our daily newsletter to keep in touch with the subjects shaping our future.
+Social+Newsletter
TopicsAbout UsContact Us
Copyright ©, Camden Media Inc All Rights Reserved. See our User Agreement, Privacy Policy and Data Use Policy. The material on this site may not be reproduced, distributed, transmitted, cached or otherwise used, except with prior written permission of Futurism. Articles may contain affiliate links which enable us to share in the revenue of any purchases made.
Fonts by Typekit and Monotype.