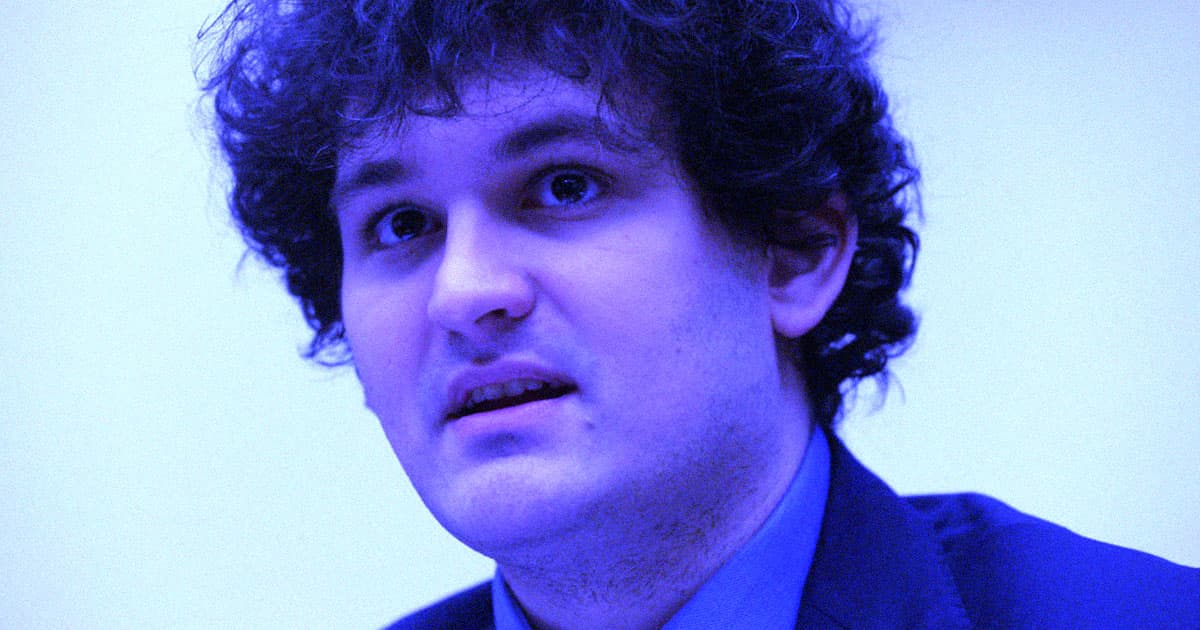 The so-called "Robin Hood of crypto" and FTX CEO Sam Bankman-Fried has had a week of hell.

His cryptocurrency exchange collapsed in on itself, with rival Binance first offering to bail him out, only to rescind the offer a day later after the company had a closer look at FTX's books.

The event wiped out a whopping 94 percent of Sam Bankman-Fried's roughly $16 billion net worth, a spectacular collapse in wealth of unprecedented proportions.

A glaring question remains: will FTX customers will ever get their money back? That's looking increasingly unlikely, given some damning evidence.

A day before Binance offered to buy FTX, Bankman-Fried tweeted that "FTX has enough to cover all client holdings," only to quietly delete the tweet later, suggesting that the exchange is in serious trouble, as Fortune pointed out.

"Our teams are working on clearing out the withdrawal backlog as is," Bankman-Fried tweeted on Monday, after Binance announced it was offering to take over. "This will clear out liquidity crunches; all assets will be covered 1:1."

But now, to Bankman-Fried's dismay, Binance's offer is off the table.

"Our hope was to be able to support FTX’s customers to provide liquidity, but the issues are beyond our control or ability to help," Binance wrote in a statement, referencing "the latest news reports regarding mishandled customer funds and alleged US agency investigations" for its reason not to pursue the acquisition.

That means Bankman-Fried has an even steeper hill to climb. Whether he has enough liquidity to actually refund users without Binance's help remains as dubious as ever.

But the crypto billionaire is at least feeling regret.

"I fucked up, and should have done better," he wrote in an apologetic Twitter thread today.

Bankman-Fried said he didn't communicate enough and made errors while internally labeling "bank-related accounts," which caused his "sense of users' margin" to be "substantially off."

As for the billions of dollars he owes to FTX users, it's not looking great.

"So, right now, we're spending the week doing everything we can to raise liquidity," the FTX CEO tweeted. "I can't make any promises about that. But I'm going to try. And give anything I have to if that will make it work."

In short, things are shaky as they've ever been. As of Thursday morning, FTX has resumed withdrawals, allowing a number of users to withdraw millions of dollars' worth of crypto for the first time in days, CoinDesk reports.

FTX's spectacular implosion has sent ripples throughout the cryptocurrency industry, with the price of bitcoin falling sharply after the news. It's yet another stark reminder that crypto exchanges are, if history is any judge, astonishingly risky places to store assets.

Crypto investments should be treated with the utmost caution — the next implosion could be right around the corner.

More on FTX: Crypto Billionaire Loses 94 Percent of His Wealth in One Day

Read This Next
FTuxxed
Behind the Lawsuit Against Celebs Who Shilled FTX Before Its Spectacular Meltdown
Toes in the Water
Guy Linked to Huge Crypto Meltdown Says It’s Just a Coincidence That He’s Hanging Out in a Country With No Extradition to United States
Guest List
Celebrities Are Officially Being Sued by FTX Retail Investors
This is Fine
Crypto Guy Says He's Doing Fine After Losing Billions of Customers' Money, Getting Plenty of Sleep
Tumblr or Bust
This Strongly Appears To Be Alameda CEO Caroline Ellison's Tumblr Account
More on Blocknik
Another One
Wednesday on the byte
Coinbase May Be in Real Serious Trouble Now
Laundry Day
Wednesday on the byte
Someone's Converting Millions of the Stolen FTX Funds Into Bitcoin
Tweeter's Brain
Monday on the byte
Sam Bankman-Fried's Lawyers Quit Because of His "Incessant and Disruptive Tweeting"
READ MORE STORIES ABOUT / Blocknik
Keep up.
Subscribe to our daily newsletter to keep in touch with the subjects shaping our future.
+Social+Newsletter
TopicsAbout UsContact Us
Copyright ©, Camden Media Inc All Rights Reserved. See our User Agreement, Privacy Policy and Data Use Policy. The material on this site may not be reproduced, distributed, transmitted, cached or otherwise used, except with prior written permission of Futurism. Articles may contain affiliate links which enable us to share in the revenue of any purchases made.
Fonts by Typekit and Monotype.