"It could be worse." 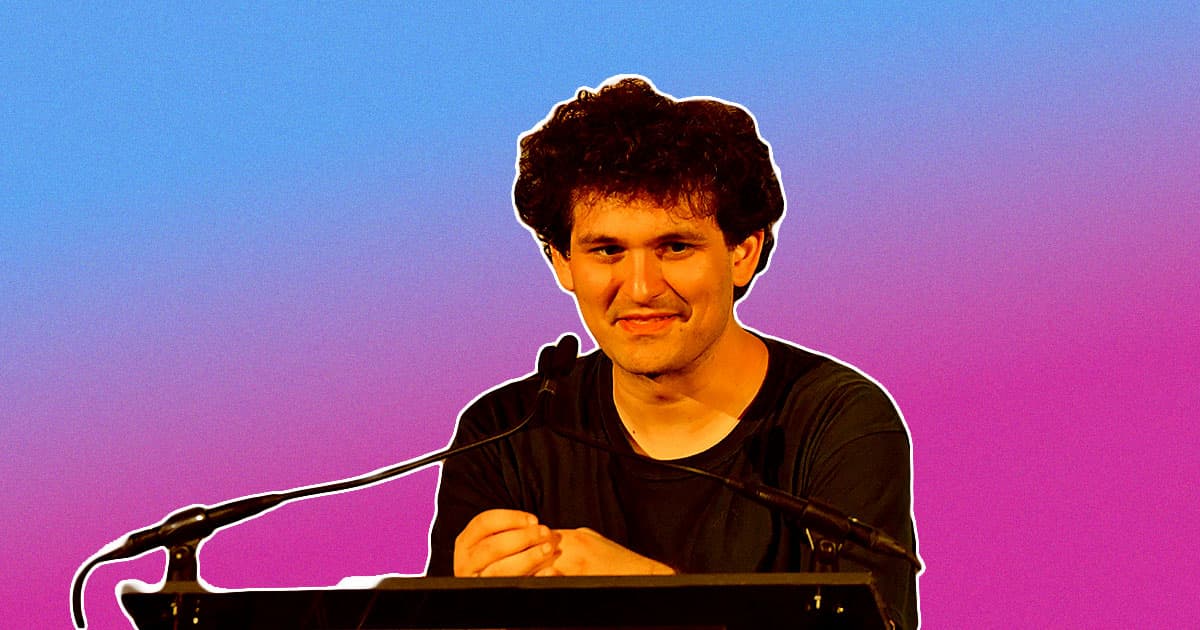 Disgraced cryptocurrency billionaire — well, former billionaire — Sam Bankman-Fried isn't feeling much remorse after his $32 billion exchange FTX collapsed in a matter of days, leaving users unable to withdraw funds and triggering a broader downturn in the crypto market that lost money for countless people around the world.

But in a new interview with The New York Times, Bankman-Fried says he's doing fine and getting plenty of rest.

"You would’ve thought that I’d be getting no sleep right now, and instead I’m getting some," he told the newspaper from an undisclosed location, amid rumors that he may have already attempted to flee. "It could be worse."

FTX went down like a house of cards last week. Faced with a $8 billion "liquidity crunch," the exchange was forced to file for bankruptcy, with Bankman-Fried resigning.

"I fucked up, and should have done better," he wrote in an apologetic Twitter thread last week.

As he now admits, FTX's downfall was in large part due to the 30-year-old's own oversight.

"Had I been a bit more concentrated on what I was doing, I would have been able to be more thorough," he told the NYT. "That would have allowed me to catch what was going on on the risk side."

Bankman-Fried has been living in a resort in the Bahamas with numerous colleagues at FTX and related companies, and was reportedly romantically involved with business partner and sister company Alameda Research CEO Caroline Ellison.

Bankman-Fried, who now owes potentially millions of customers money, became synonymous with a controversial form of philanthropy often referred to as "effective altruism," the idea of using data to figure out how to bring as much benefit to as many people as possible.

But those commitments have waned given the dark cloud hovering over his business activities.

"The venture stuff was probably not really worth it given the attention that it took," Bankman-Fried told the NYT, referring to his own investments in other companies.

At first, Zhao offered to bail FTX out, only to rescind his offer after taking a glance at FTX's books.

"Sam, I’m sorry," he wrote in a note obtained by the NYT, "but we won’t be able to continue this deal. Way too many issues. CZ."

It's an implosion of epic proportions, with billions of dollars' worth of assets in limbo. High-profile celebrities, including NFL legend Tom Brady, are wondering what the hell happened to their investments and holdings.

But Bankman-Fried isn't losing any sleep.

"People can say all the mean things they want about me online," he told the NYT. "In the end, what’s going to matter to me is what I’ve done and what I can do."

Read This Next
A Lesson in Digging Your Own Grave
An Interviewer Asked Sam Bankman-Fried If He'd Been Honest and His Answer Was Bizarre
SBFX
Leaked Messages Show FTX Insiders Begging SBF to Step Down as Crisis Deepened
FTuxxed
Behind the Lawsuit Against Celebs Who Shilled FTX Before Its Spectacular Meltdown
Toes in the Water
Guy Linked to Huge Crypto Meltdown Says It’s Just a Coincidence That He’s Hanging Out in a Country With No Extradition to United States
Guest List
Celebrities Are Officially Being Sued by FTX Retail Investors
More on Blocknik
Last Gasp
Yesterday on the byte
Europe's Central Bank Warns That Bitcoin Is on Its "Last Gasp"
trolling-999plus
Thursday on the byte
Another Crypto Exchange Is Laying Off 1,100 Employees
Lost Salt
Wednesday on the byte
FTX’s Worst Sin: It Owes an Immense Bill to Jimmy Buffett’s Margaritaville
READ MORE STORIES ABOUT / Blocknik
Keep up.
Subscribe to our daily newsletter to keep in touch with the subjects shaping our future.
+Social+Newsletter
TopicsAbout UsContact Us
Copyright ©, Camden Media Inc All Rights Reserved. See our User Agreement, Privacy Policy and Data Use Policy. The material on this site may not be reproduced, distributed, transmitted, cached or otherwise used, except with prior written permission of Futurism. Articles may contain affiliate links which enable us to share in the revenue of any purchases made.
Fonts by Typekit and Monotype.