"Bankman-Fried's mother audibly laughed several times when her son was referred to as a 'fugitive'..." 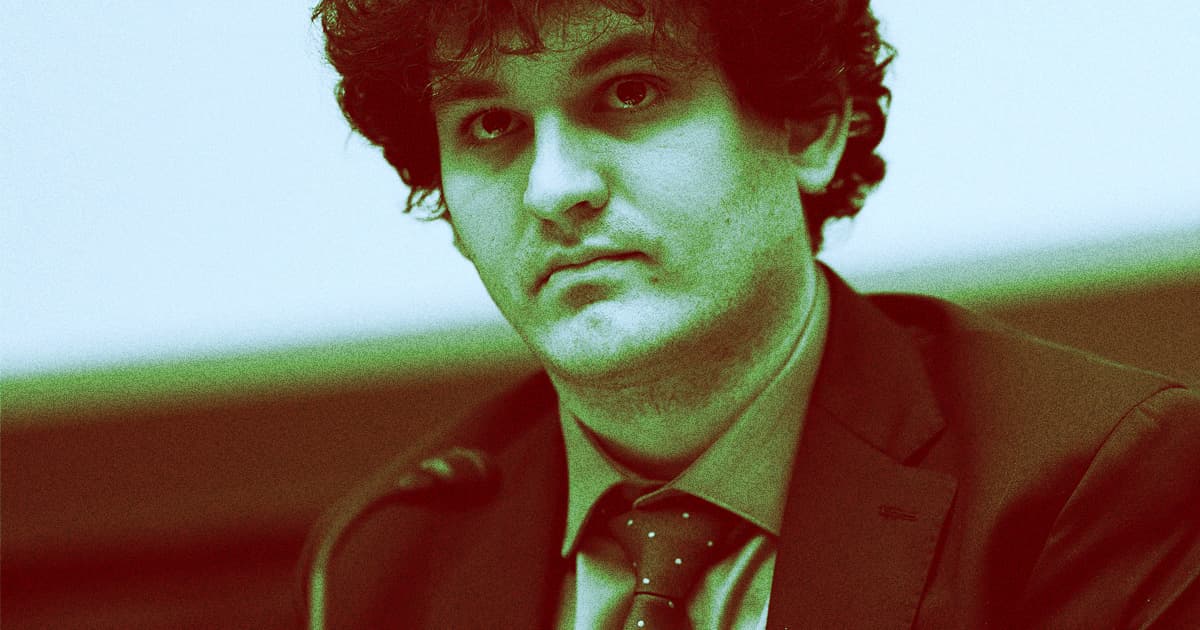 Disgraced former FTX CEO Sam Bankman-Fried, who was officially arrested Monday night in the Bahamas on US criminal charges, just had his first court hearing. And like the entirety of the spectacular FTX implosion, the hearing sounded... strange.

Coindesk reports that before proceedings began, SBF, who's known to use Emsam patches, had to leave the courtroom to take his shirt off, seemingly to apply a new patch. Later, the prevailing judge noted that the question of whether to assign SBF cash bail was on the brink of driving her to drink.

"On a good day, I don't drink. Ask anybody," Magistrate Judge Joyann Ferguson-Pratt told the courtroom, according to Coindesk. "But yesterday, I was sure gonna drink."

Also present were Bankman-Fried's parents, respected Stanford law professors Joe Bankman and Barbara Fried. They sat three rows back from SBF's seat — and according to Coindesk, each parent employed their own unique coping methods.

"They appeared to oscillate between dejection and defiance, at times holding their heads in their hands and clasping their hands," reads the report. "Bankman-Fried's mother audibly laughed several times when her son was referred to as a 'fugitive' and his father occasionally put his fingers in his ears as if to drown out the sound of the proceedings."

Bankman, a tax law expert who has testified before Congress on matters related to tax reform, was a bankrolled FTX employee with a major hand in the company's charity efforts. For her part, Fried wasn't known to be getting any FTX paychecks, but according to The New York Times has written extensively about "effective altruism" — the philanthropic, "get rich to do good because that's definitely always worked out" ideology that SBF once publicly swore to embody. (Since FTX crashed, SBF has admitted that his outward embrace of effective altruism was "mostly a front.")

Bankman and Fried remain, as most parents likely would, in their son's inner circle — as parents, but also as legal advisors, according to the NYT. Understandable, however the professors do have some big questions to answer regarding the massive amounts of luxury real estate purchased with FTX cash.

Collectively, FTX and the Bankman-Fried family owned roughly 19 Bahamian properties worth nearly $121 million, according to a November report from Reuters. Bankman and Fried's names are listed on the deed of a luxury home in Nassau's Old Fort Bay which, per the NYT, is worth about $16.4 million. (A spokesperson for the couple told the NYT that the professors "never intended to and never believed they had any beneficial or economic ownership in the house." Reuters reports that documents dating back to June listed the mansion as a "vacation home.")

That said, enjoying the spoils of what was once a well-regarded, multi-billion dollar company isn't technically a crime, and there's no public evidence that Bankman or Fried were aware of any wrongdoing.

Regardless, the Bankman-Fried clan has a long road ahead. And considering that this was just the first court appearance in what will likely be many in the weeks, months, and even years to come, Bankman might do well to get a bit more comfortable with the charges his son — who's been widely compared to Bernie Madoff — is facing.

Read This Next
Secrets Secrets
Elon Musk Vigorously Denies That SBF Secretly Owns Part of Twitter
Dubious Donations
Politicians Refuse to Say Whether They'll Give Back Donations From Sam Bankman-Fried
Sword Art Online
Guy Who Invented the Word "Metaverse" Building His Own Metaverse
Rube Goldbergian
The Dune NFT Project Is Back With an Inscrutable New Scheme
Crypto Fail
The CEO of Coinbase Gets Brutally Owned, May Never Recover
More on Future Society
Bird Crap
Feb 4 on the byte
It Looks Like Elon Musk Is Actually Building a Twitter Payment Platform
Balloon News
Feb 3 on futurism
China Says "Spy Balloon" Soaring Over America Is Completely Innocent
Down in Flames
Feb 1 on the byte
Elon Musk Apparently Thinks Twitter Is a "Flaming Dumpster Rolling Down the Street"
READ MORE STORIES ABOUT / Future Society
Keep up.
Subscribe to our daily newsletter to keep in touch with the subjects shaping our future.
+Social+Newsletter
TopicsAbout UsContact Us
Copyright ©, Camden Media Inc All Rights Reserved. See our User Agreement, Privacy Policy and Data Use Policy. The material on this site may not be reproduced, distributed, transmitted, cached or otherwise used, except with prior written permission of Futurism. Articles may contain affiliate links which enable us to share in the revenue of any purchases made.
Fonts by Typekit and Monotype.