"This is just taking money from customers and using it for your own purpose. Not sophisticated at all." 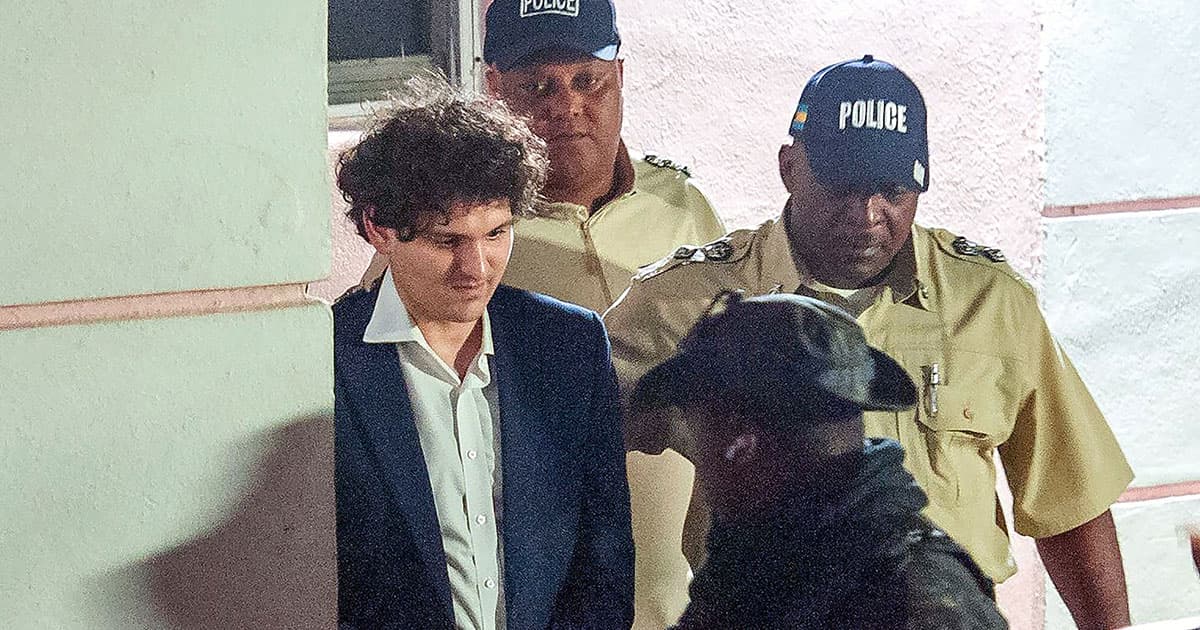 Following the arrest of disgraced crypto exec Sam Bankman-Fried, the House Financial Services Committee held a hearing to discuss what led to the collapse of his company, the cryptocurrency exchange FTX.

Bankman-Fried is facing serious criminal charges in the US, CNBC reports, including conspiracy to commit wire fraud, securities fraud, money laundering, and attempts to avoid finance regulations. (The CEO was unable to show up for the hearing himself, as he was arrested Monday night by Bahamian authorities.)

Meanwhile, FTX's new CEO — yes, the company still technically exists — John Ray had an unusual explanation for what had happened, telling lawmakers at the hearing that his efforts to investigate the company have found that FTX had no "record-keeping whatsoever" and that "this is really just old fashioned embezzlement," as quoted by CNBC.

"This is really just old fashioned embezzlement," he told the committee. "This is just taking money from customers and using it for your own purpose. Not sophisticated at all."

It's an especially noteworthy testimony — which went on for four excruciating hours — considering Ray's career. The lawyer has a high-profile track record of picking up the pieces and restructuring companies after they fall apart in spectacular fashion.

In a particularly relevant example, in 2001 he oversaw the fate of Enron following a massive accounting scandal. He was able to recover $828 for creditors.

But Ray said that not even Enron, perhaps the most prominent scandal in the history of business, pales in comparison to what he's seen at FTX.

"Never in my career have I seen such a complete failure of corporate controls and such a complete absence of trustworthy financial information as occurred here," he wrote in a filing.

"From compromised systems integrity and faulty regulatory oversight abroad, to the concentration of control in the hands of a very small group of inexperienced, unsophisticated and potentially compromised individuals, this situation is unprecedented," he added.

During the hearing, when asked if Bankman-Fried was telling the truth when he claimed in a since-deleted tweet that the exchange had "enough to cover all client holdings" just days before the company declared bankruptcy, Ray responded with "absolutely not," affirming that the "statement was false."

Ray also revealed that roughly 1,500 people in the Bahamas, where FTX was headquartered, were able to abscond with a total of $100 million a mere 24 hours before the company went under.

Ray says that he and his team have recovered $740 million from FTX so far, which is "only a fraction" of what he still hopes to recover, as the NYT reports.

According to filings, FTX still owes its clients $8 billion.

Read This Next
SBF'ed Up
Sam Bankman-Fried Was a Horrible Boss, Former Exec Says
Beanbag Chair Musings
Sam Bankman-Fried, Bored on House Arrest, Starts a Substack
Locked Up
Sam Bankman-Fried Arrested in Bahamas, Facing US Criminal Charges
Tulip Fever
Dutch Startup Mining Bitcoin to Grow Tulips, and We Can't Tell If They're Joking
A Lesson in Digging Your Own Grave
An Interviewer Asked Sam Bankman-Fried If He'd Been Honest and His Answer Was Bizarre
More on Blocknik
Girlbosses
Yesterday on the byte
"Cryptoqueen" Accused of Stealing Billions Suddenly Surfaces
Their Minds...
Jan 28 on the byte
Business Geniuses at Amazon Hard at Work on Hot New Idea: NFTs
Floored Apes
Jan 27 on the byte
Yuga Labs Says Its Bored Apes Are Absolutely Copyrighted, Thank You Very Much
READ MORE STORIES ABOUT / Blocknik
Keep up.
Subscribe to our daily newsletter to keep in touch with the subjects shaping our future.
+Social+Newsletter
TopicsAbout UsContact Us
Copyright ©, Camden Media Inc All Rights Reserved. See our User Agreement, Privacy Policy and Data Use Policy. The material on this site may not be reproduced, distributed, transmitted, cached or otherwise used, except with prior written permission of Futurism. Articles may contain affiliate links which enable us to share in the revenue of any purchases made.
Fonts by Typekit and Monotype.