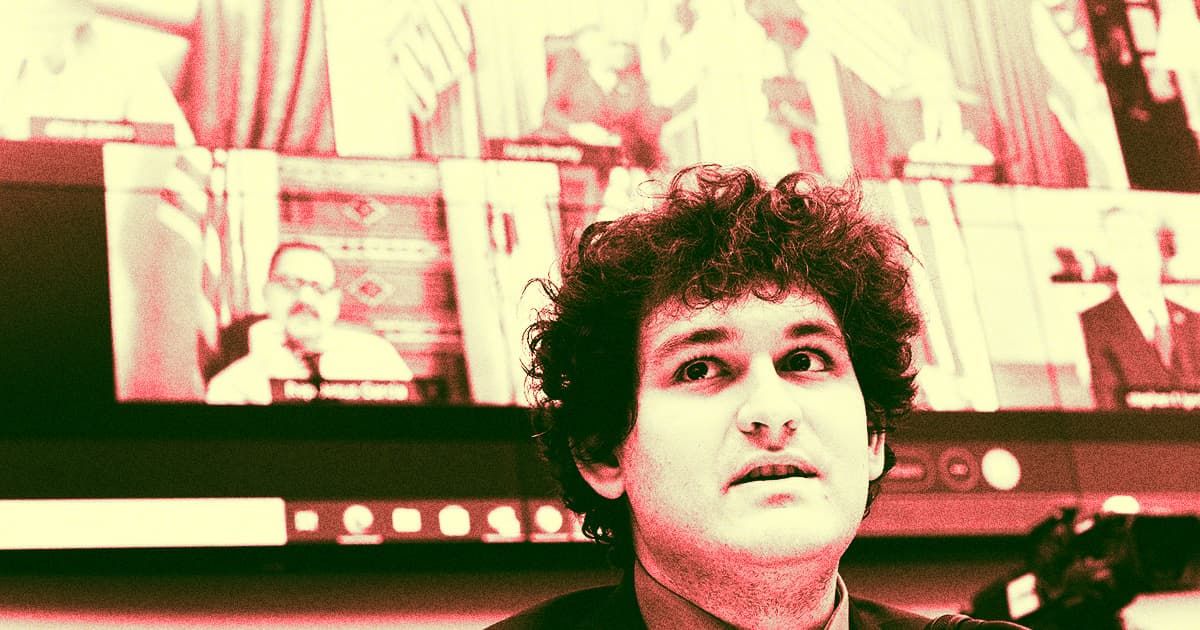 You can't make this up.

You can't make this up.

Just in case we needed any more reason to believe that bankrupt crypto exchange FTX and also-bankrupt FTX-tied hedge fund Alameda Research — which together left a mult-billion dollar hole in investors' bank accounts — were in fact run by a gaggle of egomaniacal children: a report from The Australian Financial Review alleges that disgraced ex-FTX CEO Sam Bankman-Fried and ex-Alameda CEO Caroline Ellison were both in a secret groupchat dubbed "Wirefraud."

If your head hurts, so does ours. AFR reports that the chat — which also included FTX cofounder Zixiao "Gary" Wang and top software engineer Nishad Singh, both of whom may now be in hiding — was on Signal, an encrypted messaging app.

Shortly after the AFR story dropped, Bankman-Fried took to Twitter to refute the allegations.

"If this is true, then I wasn't a member of that inner circle," SBF wrote in the Monday tweet. "I'm quite sure it's just false; I have never heard of such a group."

Just hours later, he was arrested in the Bahamas under US criminal charges.

Considering that Ellison, who was also said to be SBF's on-and-off girlfriend, reportedly joked online about having a "section on wire fraud" on her internet dating profile, this alleged groupchat does seem pretty on-brand.

These kids — or at least just SBF and Ellison — suffer, in one way or another, from being terminally online (as does most of the crypto industry). Very much against the will of his counsel, Bankman-Fried has seemingly been unable to quiet his Twitter-happy thumbs in the month since his exchange collapsed; Ellison, on the other hand, has risen to infamy as the cryptosphere's #1 Tumblr Girl, where, among other things, she wrote on her blog that "controlling most major world governments" makes men attractive.

Having a groupchat called "Wirefraud" is a bit like having a box in your house labeled "murder weapon." It's bonkers to the point of near unbelievability, but that said, it's worth remembering: FTX's fallout was hard and fast, and just before their alleged house of cards collapsed, these young execs were at the absolute top of the world. And when you feel invincible, it's easy — and likely a bit exhilarating — to flirt with getting caught.