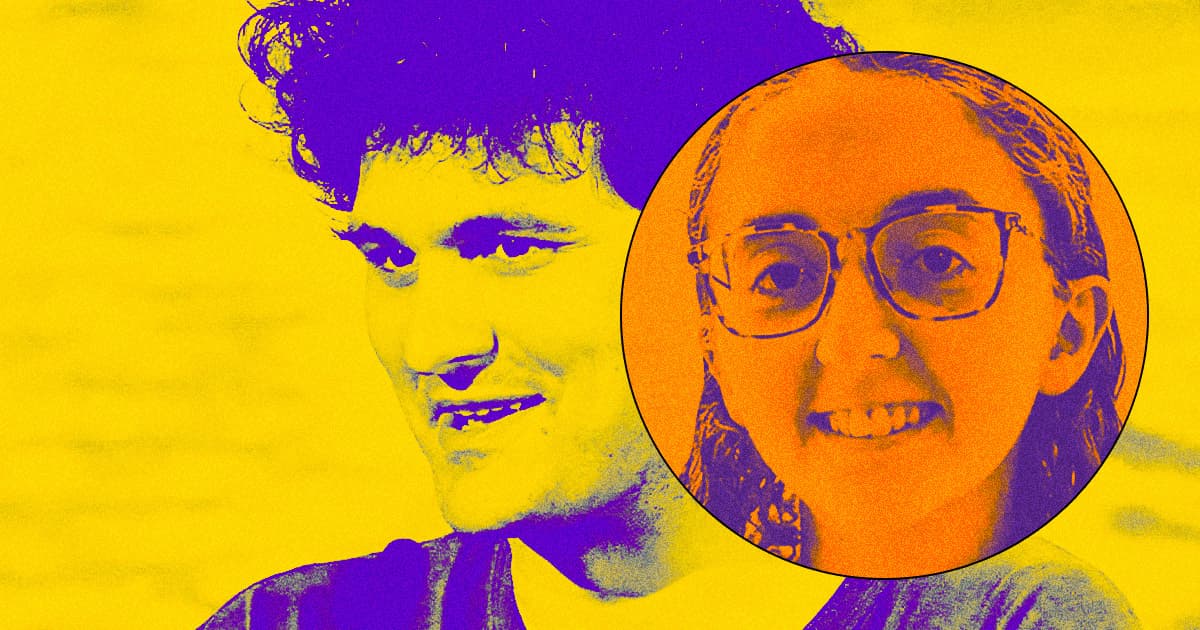 SBF Not Happy to Be Asked About Ex-Girlfriend Caroline Ellison

This was a bridge too far.

This was a bridge too far.

Yes, there is still more FTX drama unfolding — and this time, it's personal.

A quick catchup before we dig into the good stuff: among the many major fallouts from the FTX collapse last month, one of the more salacious revelations centered the exchange's disgraced ex-CEO Sam Bankman-Fried and Caroline Ellison, the CEO of FTX's sister arm, Alameda Research.

Along with her murky role in the exchange's stunning crash, Ellison has become another person of interest in the scandal because she was, as Coindesk reported, in an on-off relationship with Bankman-Fried — and, it's been speculated, perhaps with other people in the FTX-verse who lived in SBF's group house in the Bahamas.

During a Twitter Spaces audio session, the infamous Megaupload founder Kim Dotcom suggested that Bankman-Fried had betrayed his ex and wondered how anyone could "trust anything you say when you are throwing your own lover under the bus."

For once, the FTX pariah seemed to drop the bravado that saw him tweeting like normal throughout the scandal and fundraising after his ouster as CEO.

"Look, I fucked up big," SBF responded, "but I’m pretty offended by some parts of that."

"Caroline and I had been together for a while," he continued. "I don’t control her. I never did. I think it’s really fucked that you would say that I would."

To be fair, the implications of Dotcom's suggestion — that Bankman-Fried is essentially sacrificing someone he was in a relationship with to save his own skin — were indeed very harsh, and the FTX founder's response was unsurprisingly candid for a guy who once said that his lawyers could "go fuck themselves." Were any of us in a similarly complicated and difficult position, we would probably have choice words for the questioner, too.

Rude as the question was, however, it does have some merit — can investors trust someone who may or may not be blaming his ex for one of the most spectacular financial crises in recent memory? That part, at least, remains to be seen.

More on the FTX of it all: Coinbase CEO Says Only a "Gullible Person" Wouldn't Think FTX Stole User Funds