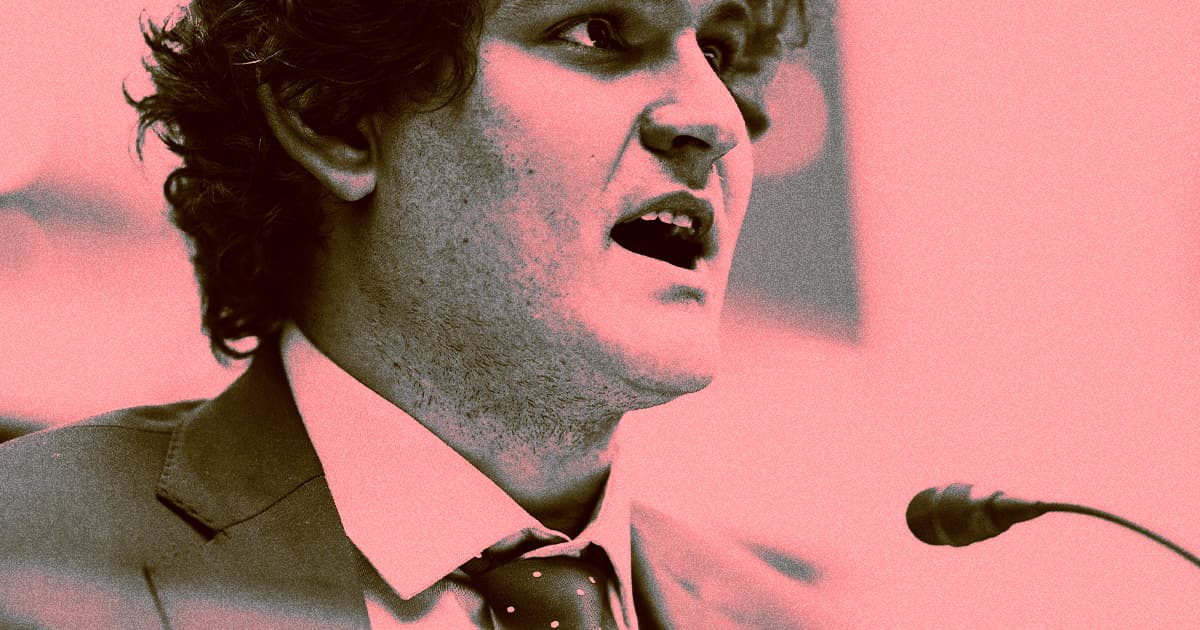 SBF Says His Lawyers Can "Go F*ck Themselves"

That's one way to handle your lawyers.

That's one way to handle your lawyers.

In spite of — or perhaps because of — being raised by lawyers, Sam Bankman-Fried of the collapsed FTX crypto exchange seems to have a very adversarial relationship to those representing him.

In a newly-released interview with vlogger Tiffany Fong, recorded on November 16 just after the FTX crash, SBF had some choice words for his attorneys after they tried to give him some sound legal advice.

The 30-year-old fallen crypto king told Fong — a onetime crypto investor who turned whistleblower earlier this fall when she helped take down the now-bankrupt Celsius exchange on which she lost hundreds of thousands of dollars — that when his lawyers tried to get him to "promise that you never, ever, ever say you fucked up again," he in turn "told them to go fuck themselves."

Interestingly enough, at least some of those lawyers went on to fire him for tweeting too much.

Along with other out-of-pocket claims, including an admission that he doesn't know how to code and would be unable to create an alleged backdoor between his exchange an Alameda Research, FTX's also-defunct sister site, SBF gave some interesting commentary in the wake of conspiracy theories surrounding his huge donations to Democrats in the midterm elections.

In particular, SBF said that although he gave big to the Dems, he also made some "dark" donations to GOP candidates, though he didn't specify any totals. He added that he believes a majority of journalists are "secretly liberal" but he didn't say much about it before because he "didn't want to have that fight."

He also addressed the then-burgeoning rumors that he, Alameda CEO Caroline Ellison and several others who lived in his house in the Bahamas were in a "polycule," or large, nonmonogamous group relationship.

"We as a society, in my opinion... have spent quite enough time this week trying to figure out whether anyone living in [the FTX Bahamas house] was polyamorous," SBF told Fong, adding that the truth of that rumor is "too boring for people to believe."

All's fair in love and crypto, buddy — and if he wants to really put the polycule allegations or any others to bed, he can reach out to Futurism dot com to do so.

More on the SBF of it all: Sam Bankman-Fried Admits the "Ethics Stuff" Was "Mostly a Front"