The walls are closing in. 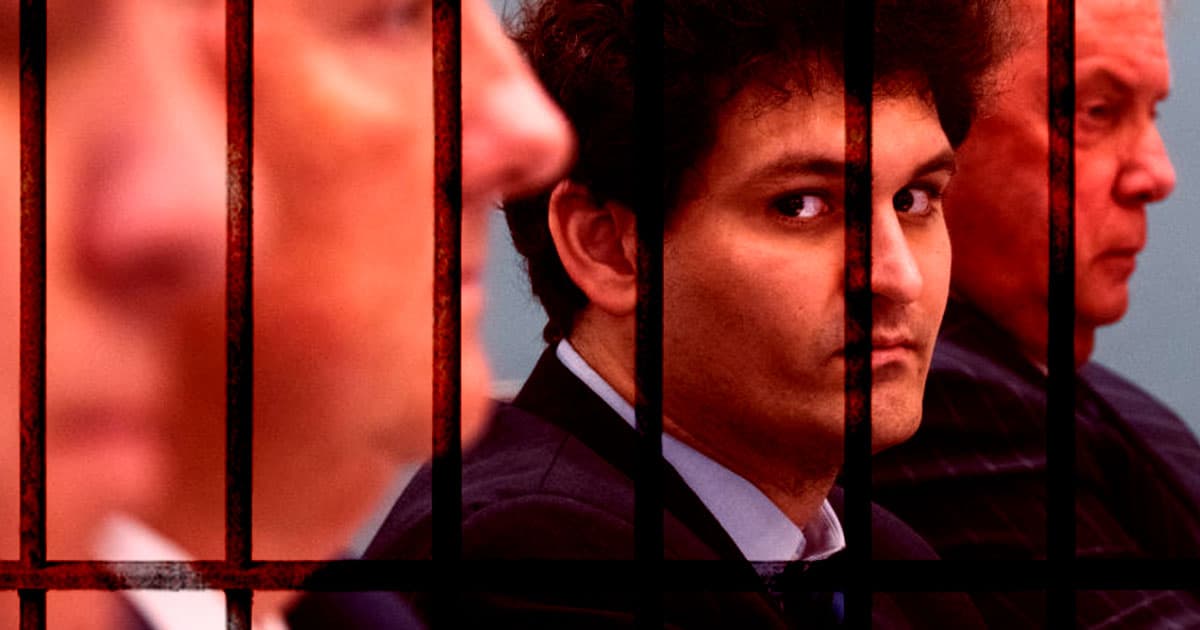 Disgraced crypto exec Sam Bankman-Fried has been arrested in the Bahamas and is facing US criminal charges, NBC News reports.

According to the Royal Bahamas Police Force, the former FTX CEO was taken into custody in Nassau Monday evening and is expected to appear in court on Tuesday.

"The Bahamas and the United States have a shared interest in holding accountable all individuals associated with FTX who may have betrayed the public trust and broken the law," Bahamas prime minister Philip Davis said in a statement.

His arrest caps a long month of shocking revelations that has shaken the crypto community to the core. The collapse of Bankman-Fried's crypto empire has left an indelible mark on the industry, and has taken down several other exchanges linked to it.

Following the spectacular collapse of his business dealings, Bankman-Fried has plenty of questions to answer — and that's putting it lightly.

Bankman-Fried and the charred remnants of FTX are being investigated by both the Securities and Exchange Commission and the Department of Justice for misleading clients and investors.

The SEC has since authorized several charges accusing Bankman-Fried of violating securities law and defrauding investors.

FTX collapsed in unbelievable fashion last month, wiping out a $32 billion valuation in a matter of days. The company was forced to declare bankruptcy and Bankman-Fried stepped down as CEO soon after.

Even as the crisis rapidly deepened, Bankman-Fried told investors he was still looking to patch an $8 billion shortfall, a massive sum of money.

According to court documents, FTX still owes its 50 largest clients over $3 billion.

At the root of the issue is that Bankman-Fried's trading firm Alameda Research appears to have used billions of dollars of FTX customer funds, raising immense scrutiny from the public and investigators.

The disgraced CEO has since spoken out about making several critical mistakes during a series of ill-advised public appearances.

At this point, he has spoken out about his miscalculations to practically any major news outlet willing to sit down with him.

"I didn't knowingly commit fraud, I don't think I committed fraud, I didn't want any of this to happen," he told the BBC over the weekend. "I was certainly not nearly as competent as I thought I was."

In short, observers say it's likely that his continued public statements have supercharged investigators' case against him.

But whether Bankman-Fried's repeated apologies and his argument that he simply wasn't competent enough to knowingly commit fraud will make for a compelling enough defense in court is anything but certain.

More on FTX: They Tried to Pay Taylor Swift to Shill FTX, But She Shook Them Off

Read This Next
SBF'ed Up
Sam Bankman-Fried Was a Horrible Boss, Former Exec Says
Beanbag Chair Musings
Sam Bankman-Fried, Bored on House Arrest, Starts a Substack
Old School
FTX's New CEO Says Company Did "Old Fashioned Embezzlement"
A Lesson in Digging Your Own Grave
An Interviewer Asked Sam Bankman-Fried If He'd Been Honest and His Answer Was Bizarre
SBFX
Leaked Messages Show FTX Insiders Begging SBF to Step Down as Crisis Deepened
More on Blocknik
Girlbosses
Wednesday on the byte
"Cryptoqueen" Accused of Stealing Billions Suddenly Surfaces
Their Minds...
Jan 28 on the byte
Business Geniuses at Amazon Hard at Work on Hot New Idea: NFTs
Floored Apes
Jan 27 on the byte
Yuga Labs Says Its Bored Apes Are Absolutely Copyrighted, Thank You Very Much
READ MORE STORIES ABOUT / Blocknik
Keep up.
Subscribe to our daily newsletter to keep in touch with the subjects shaping our future.
+Social+Newsletter
TopicsAbout UsContact Us
Copyright ©, Camden Media Inc All Rights Reserved. See our User Agreement, Privacy Policy and Data Use Policy. The material on this site may not be reproduced, distributed, transmitted, cached or otherwise used, except with prior written permission of Futurism. Articles may contain affiliate links which enable us to share in the revenue of any purchases made.
Fonts by Typekit and Monotype.