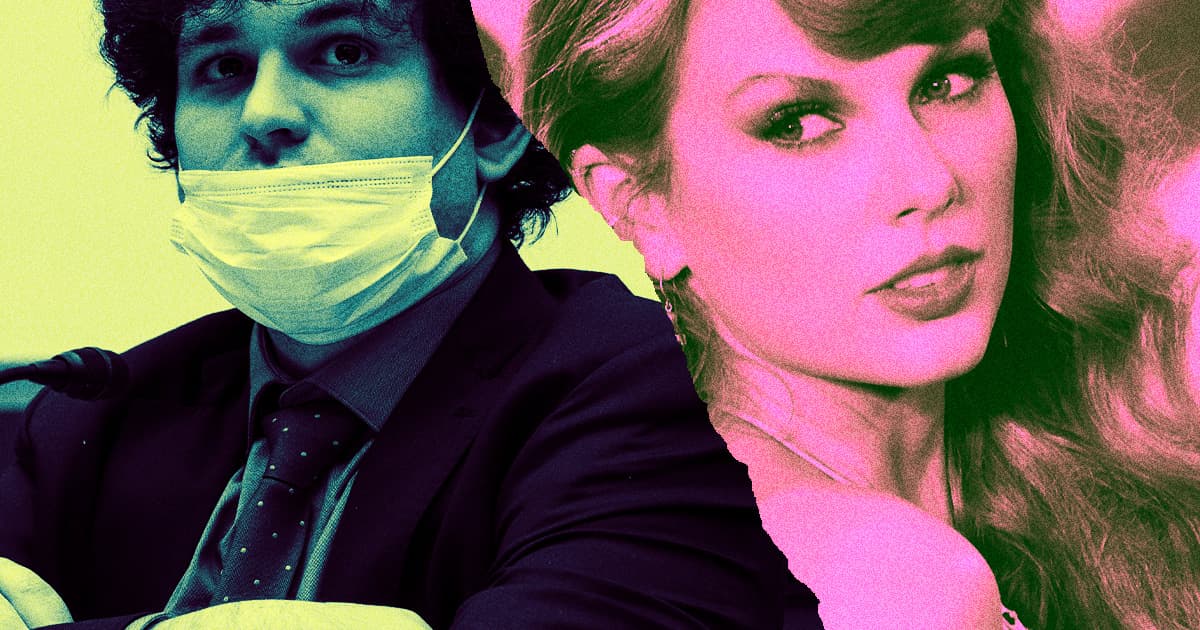 They Tried to Pay Taylor Swift to Shill FTX, But She Shook Them Off

Everything has changed for SBF — but "Tay Tay" is still the same business genius as always.

Everything has changed for SBF — but "Tay Tay" is still the same business genius as always.

Karma Is a Breeze

It may be time to add FTX's onetime wunderkind Sam Bankman-Fried to the long list of wannabe Taylor Swift suitors, amid reports that he wanted the pop star to shill for his now-collapsed crypto exchange.

The twist, unlike other celebs ranging from Tom Brady to Larry David, is that Swift reportedly told FTX that wasn't going to happen — like, ever.

Insiders told the Financial Times that SBF was personally invested in pursuing a partnership deal with the pop queen because he was a "fan of Tay Tay."

While other execs at the firm, such as HR head Claire Watanabe, were also reportedly Swifties who favored the proposed deal, others told the FT that they thought Swift was a bad fit for FTX. The marketing team in particular thought she was "too expensive from the beginning," one unnamed source told the outlet.

The FT's sources suggested that there was talk of creating non-fungible tokens (NFTs) for fans. Others added that the deal was said to include a "light degree of endorsement," though sources close to Swift denied that aspect in subsequent reporting.

"Taylor would not, and did not, agree to an endorsement deal," a source with knowledge of the negotiations told the FT. "The discussion was around a potential tour sponsorship that did not happen."

Ultimately, Swift's reputation for being a tough negotiator seems to have paid off when she declined an FTX partnership ahead of its precipitous crash last month. Instead of getting bogged down by an anti-hero like SBF, she's getting to continue to ride the outrageous success of her latest album "Midnights" with little more than a Ticketmaster scandal to her name.