"The issue here is not so much 'did they make an investment in cryptocurrency.' It's the function of the account." 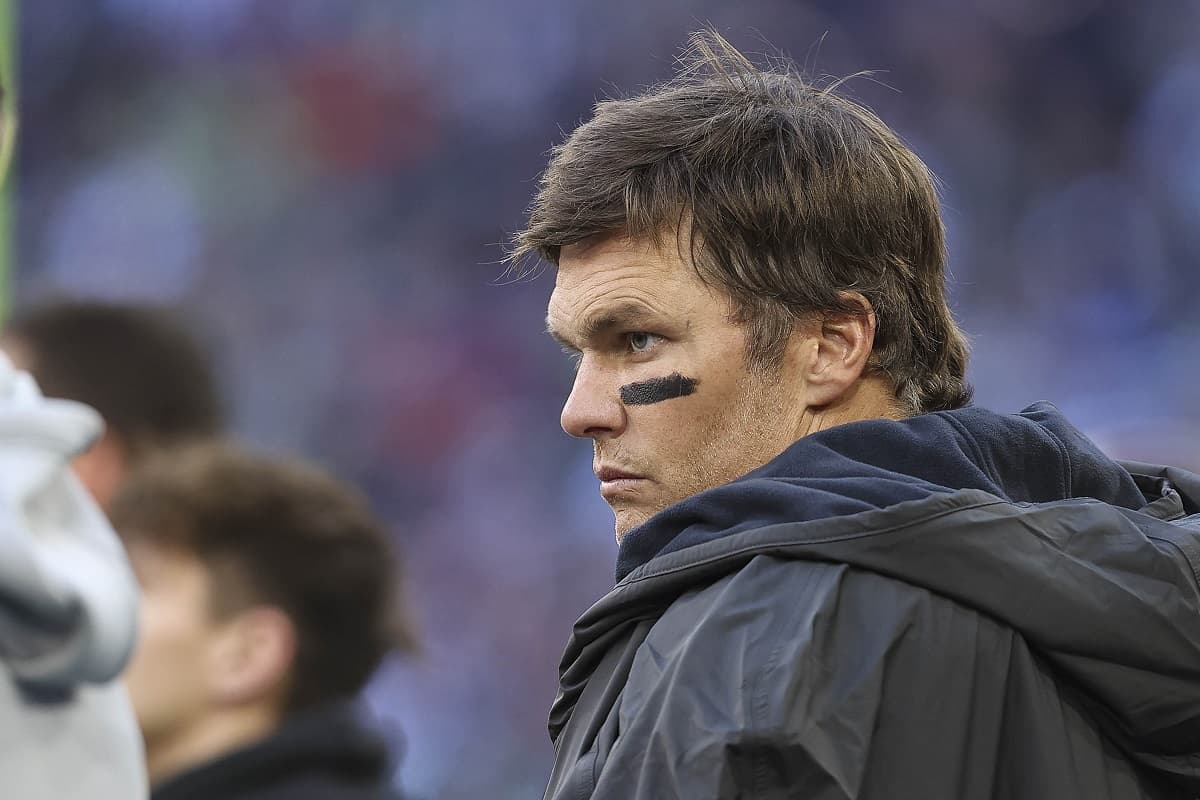 Above all else, FTX advertisements wanted you to know two things: that cryptocurrency is a force for good, and that you don't need to be an expert to buy and trade it. In fact, you don't even have to understand it at all. You just need to get involved, because if you don't, you'll get left behind.

If a bit cheesy then, those same promotions — an array of of television commercials, social media posts, and print ads featuring an impressive lineup of A-list celebrities and athletes, in addition to appearances by the now-bankrupt exchange's ex-CEO Sam Bankman-Fried — are surreal, if not troubling, to watch now, roughly a week after the exchange's spectacular collapse.

Bankman-Fried, widely believed to be the cryptosphere's alleged savior, is under investigation by both the SEC and the CFTC, having lost virtually all his personal wealth in a single day. Meanwhile, an estimated $11 billion's worth of user funds — including that of the retail investors targeted by those shiny ads, many of whom have lost their savings — have vanished. But just six or so months ago? Unretired Buccaneers quarterback Tom Brady was asking people if they were "in"; basketball star Steph Curry coolly told users that, like him, they didn't need to be a crypto "expert" to invest in digital assets; comedian Larry David told retail investors to ignore their crypto-skepticism; supermodel Gisele Bündchen, in a print campaign with Bankman-Fried, promised that she and FTX would save the world.

"The blood's on [Sam Bankman-Fried's] hands," Joseph Kaye, a Partner at the Moskowitz Law Firm in Florida, told Futurism. "And as far as we're concerned, it's on the hands of anybody who has been promoting this product."

Kaye's firm, alongside that of New York's David Boies, is representing thousands of dismayed FTX retail investors in a class action lawsuit filed this week against FTX, its founder, and its many celebrity sponsors, accusing those named of intentionally preying on low-information investors.

Of course, consuming a celebrity endorsement is like breathing air at this point. They're soaked into every corner of the culture, and most every public figure has their influencing hustle — makeup, clothes, shoes, cars, gummies and the like. And sure, a fair share of celebs have inspired rage over, say, Instagram posts touting diet suppressant lollipops.

FTX accounts, however, are a different story. You'd be hard-pressed to find someone who bought a celeb-endorsed lollipop and woke up to find thousands — if not millions — of their savings gone, and a balance sheet marking an eight billion dollar hole to show for it.

Like the now-also-defunct Voyager Digital's Earn Program, FTX accounts were yield-bearing, promising its investors high returns for their investments — so, basically, the markings of a security, just without the actual label. (The Moskowitz firm is also representing plaintiffs in a class action suit brought against Voyager and Mark Cuban, billionaire of "Shark Tank" fame.)

"A lot of people get confused and think that 'oh, well, investing in cryptocurrency is inherently risky,'" Kaye said. "But the issue here is not so much 'did they make an investment in cryptocurrency. It's the function of the account."

And while that's risky enough to begin with, it now appears that FTX — which hasn't officially been charged with anything yet — was using its investors' cash like a piggy bank, funding its own lending activities with the user money with which it'd been trusted.

"When you make statements like [those celebrities did] — and you don't disclose how much you're making or what your arrangement with them is — and it ends up being an unregistered security," Kaye continued, "you're liable as a promoter to the same extent as if you're the FTX exchange."

No one's saying that Brady or Bündchen or anyone else knew that FTX was potentially involved in any malpractice. They were likely taken in by Bankman-Fried's efforts to build a reputation for himself as Mr. Trustworthy Crypto Man, which he admitted shortly after the collapse had largely been a "front." It's also unlikely that they knew, or even really understood, that they were or could be hawking what might just shake out to be an unregistered security.

That's exactly the point, though. We believe, as they told us, that they weren't "experts." Not in the slightest. There doesn't appear to have been much — if any — due diligence here, and a lot of real people have been badly hurt because of it. Did Curry stand on a street corner and hand out FTX accounts? No, but it can be argued that he and the other figures named in the suit played a serious role in FTX's adoption by the masses, downplaying the instability and messiness of the blockchain world while promising that FTX had their back.

And considering how central they may have been to FTX's rise, it would be heartening to see them take some kind of responsibility after its fall.

"I remember our first meeting and we were speaking to the FTX guys… They started to explain it to us and I said, 'I don't know if you can tell over Zoom when our eyes glazed over, but I still don't understand it," David told The Hollywood Reporter back in February, shortly after his Super Bowl commercial aired. "But that's OK. I don't have to know everything.'"

More on the FTX fallout: Politicians Refuse to Say Whether They'll Give Back Donations From Sam Bankman-Fried

Read This Next
A Lesson in Digging Your Own Grave
An Interviewer Asked Sam Bankman-Fried If He'd Been Honest and His Answer Was Bizarre
SBFX
Leaked Messages Show FTX Insiders Begging SBF to Step Down as Crisis Deepened
Toes in the Water
Guy Linked to Huge Crypto Meltdown Says It’s Just a Coincidence That He’s Hanging Out in a Country With No Extradition to United States
Guest List
Celebrities Are Officially Being Sued by FTX Retail Investors
This is Fine
Crypto Guy Says He's Doing Fine After Losing Billions of Customers' Money, Getting Plenty of Sleep
More on Blocknik
Last Gasp
Yesterday on the byte
Europe's Central Bank Warns That Bitcoin Is on Its "Last Gasp"
trolling-999plus
Thursday on the byte
Another Crypto Exchange Is Laying Off 1,100 Employees
Lost Salt
Wednesday on the byte
FTX’s Worst Sin: It Owes an Immense Bill to Jimmy Buffett’s Margaritaville
READ MORE STORIES ABOUT / Blocknik
Keep up.
Subscribe to our daily newsletter to keep in touch with the subjects shaping our future.
+Social+Newsletter
TopicsAbout UsContact Us
Copyright ©, Camden Media Inc All Rights Reserved. See our User Agreement, Privacy Policy and Data Use Policy. The material on this site may not be reproduced, distributed, transmitted, cached or otherwise used, except with prior written permission of Futurism. Articles may contain affiliate links which enable us to share in the revenue of any purchases made.
Fonts by Typekit and Monotype.