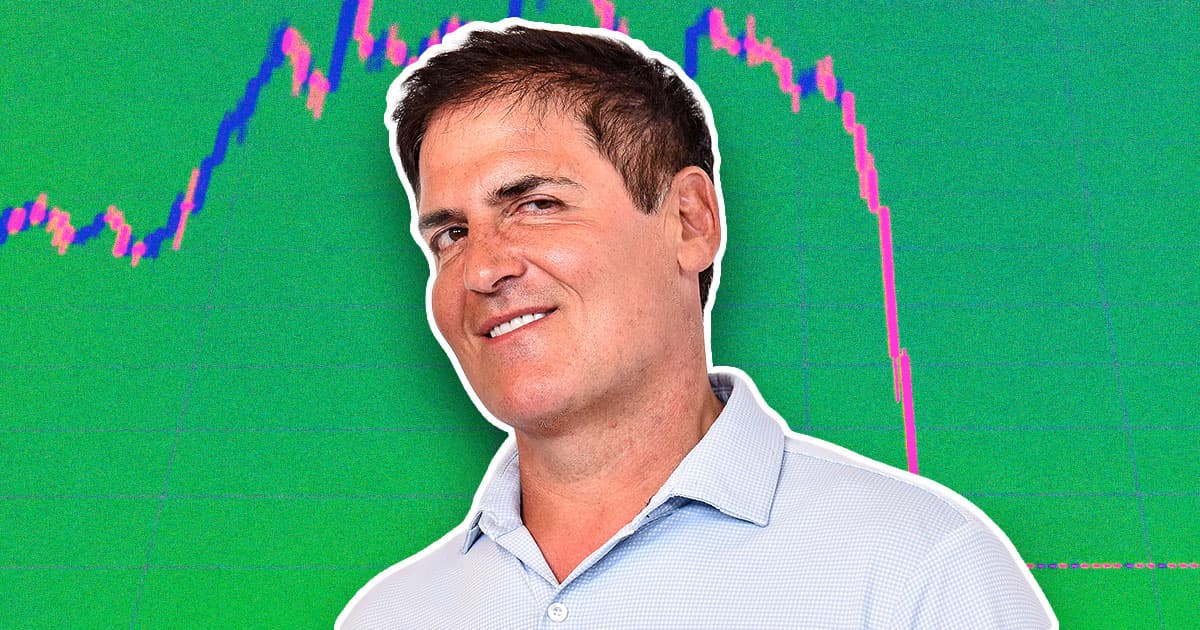 "...an unregulated and unsustainable fraud, similar to other Ponzi schemes..."

"...an unregulated and unsustainable fraud, similar to other Ponzi schemes..."

Mark Cuban, billionaire investor and Dallas Mavericks overlord, has been named in a class action lawsuit directed at himself and Stephen Ehrlich, CEO of embattled cryptocurrency lender Voyager Digital, a platform with which Cuban and his NBA team had close, vocal ties — and a little something called a five-year corporate sponsorship package.

Voyager fell into bankruptcy last month, taking roughly $5 billion of its users' funds with it. And sure, Cuban has the right to invest his Shark Tank money where he so chooses — but according to the suit, the billionaire was more than just an investor. The documents allege that Cuban and the Mavericks were an essential part of Voyager's business plan, and that Cuban and the brokerage preyed specifically on "young and inexperienced investors" new to the crypto game.

"Cuban and Ehrlich," reads the court filing, "went to great lengths to use their experience as investors to dupe millions of Americans into investing — in many cases, their life savings — into the Deceptive Voyager Platform."

The suit calls the Cuban x Voyager endeavor "an unregulated and unsustainable fraud, similar to other Ponzi schemes," claiming that Cuban and Ehrlich over-hyped the supposed ease and accessibility of the platform, while over-minimizing the fraught market's blatant risks.

Indeed, Cuban once called Voyager "as close to risk free as you're gonna get in the crypto universe," and, at a 2021 press conference, made his intentions with young investors clear, saying that there's "untapped potential in the future of digital currencies and it's an attractive investment for novice investors who might only have $100 to start."

"That's where Voyager enters the picture," he added.

But clearly, Voyager wasn't as safe as Cuban and Ehrlich promised. The dismal collapse of Three Arrows Capital was enough to sink the brokerage, and whether either bigwig has to pay up or not, it'll likely be a long-standing stain on both of their reputations.

"Simply put," the suit continues, "...the Deceptive Voyager Platform is a house of cards, built on false promises and factually impossible representations that were specifically designed to take advantage of the cryptocurrency craze to the direct detriment of any ordinary investor."