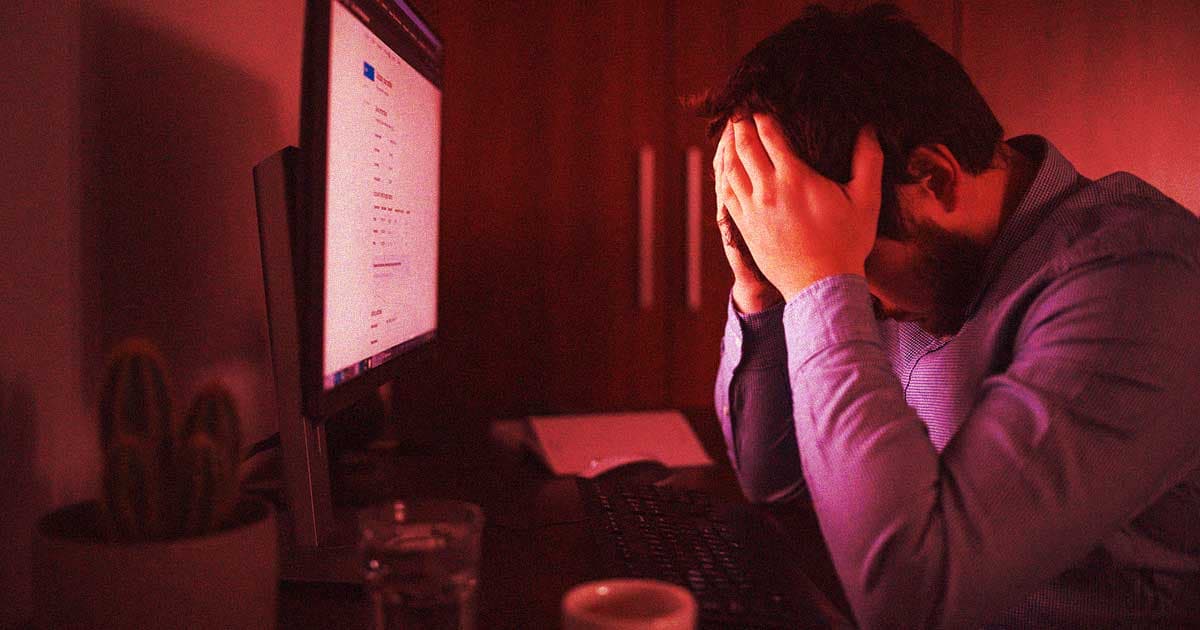 "I just don't understand how this could be legal."

"I just don't understand how this could be legal."

Crypto broker Voyager Digital is the latest Web3 titan to fall in the wake of an industry-wide crypto crash — and the ship isn't going down without its crew and passengers.

The company has filed for bankruptcy — and most customers likely won't be getting their money back, either, Bloomberg reports.

Take Telvin Hodo, for instance, a 29-year-old teacher who used Voyager to invest roughly $10,000 in several currencies, including alleged stablecoins.

The busted exchange has effectively swallowed that cash, which he says he needs to for a down payment and closing costs on his new house.

"It's terrible," he told Bloomberg. "I can't buy or sell, and I don't know how long it's going to be before I can."

The fractured trading platform — which, according Bloomberg, held about $1.3 billion in digital assets — has joined the growing number of exchanges that have halted withdrawals.

And while this might not be the end of the world for wealthier investors, these losses are seriously impacting everyday folks who trusted Voyager and others with important savings — not that we'd ever recommend following their lead.

Voyager's bankruptcy suit sheepishly claims that customers will be "impaired" by the proceedings. The company allegedly plans on granting users a mish-mash of stock options, deposited coins, and company tokens in lieu of fiat currency.

"It feels like I was robbed," Aaron Selenica, a 21-year-old student, who was also invested in Voyager, told Bloomberg.

Selenica explained to the publication that he'd invested about $15,000 in the platform after it was advertised to him at university basketball games.

Once a staunch believer in the future of digital coins, Selenica seems to have turned his back on the fraught market for good.

"I just don't understand how this could be legal," he added. "I'm not going to invest on another platform. I'm done with crypto."

More on the cryptocrash: Bitcoin Just Had Its Worst Month in Crypto's Entire History