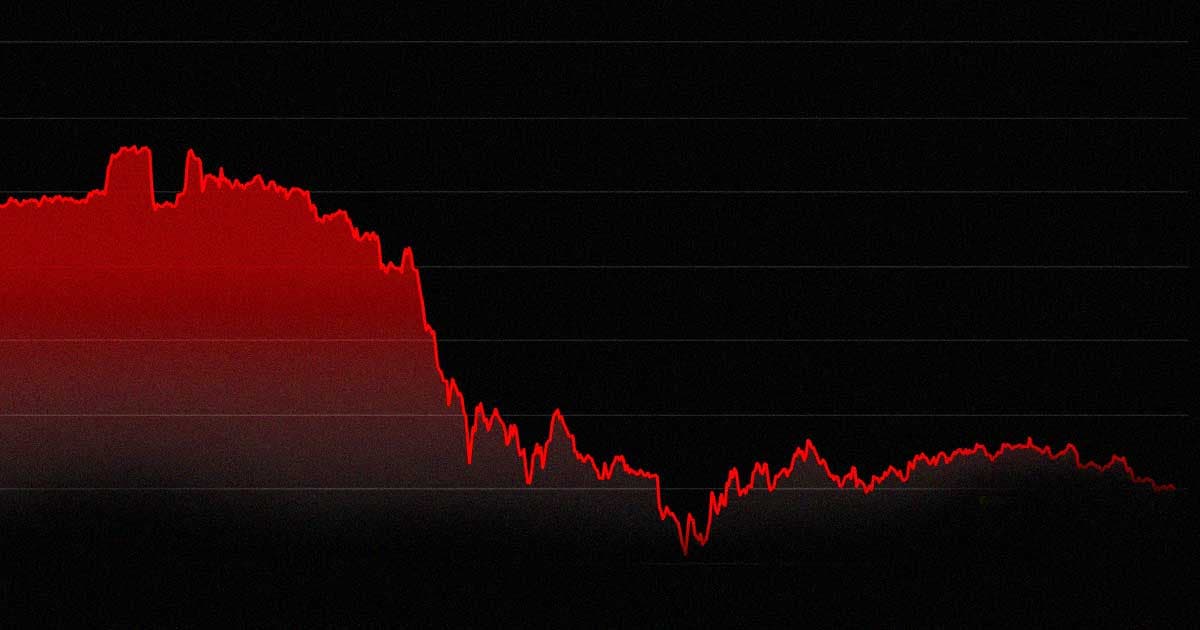 "There are companies that are basically too far gone..."

"There are companies that are basically too far gone..."

Crypto billionaire and founder of exchange FTX Sam Bankman-Fried is pouring hundreds of millions of dollars into cryptocurrency exchanges to keep them from going under amid a growing crypto crisis, Forbes reports.

In fact, he argues, the crypto exchange market has already slid far further than executives are willing to admit.

"There are some third-tier exchanges that are already secretly insolvent," Bankman-Fried told Forbes.

In other words, the crypto market is doing even worse than you might think — which isn't exactly confidence inducing, given the fact that exchanges are already in deep trouble amid the ongoing blockchain crash.

"We’re willing to do a somewhat bad deal here, if that’s what it takes to sort of stabilize things," he added.

The value of OG cryptocurrency Bitcoin has been plummeting in fits and starts this year, wiping out more than $200 billion off the crypto market in just one day earlier this month.

Making matters worse, the industry operating within a relative regulatory vacuum, making them particularly vulnerable to scams and hacks.

In fact, a number of these exchanges operating within and outside of the US have already lost hundreds of millions of dollars in crypto due to hacks, Forbes reports.

Worst of all, at least according to Bankman-Fried, it may already be too late for some.

"There are companies that are basically too far gone and it's not practical to backstop them for reasons like a substantial hole in the balance sheet, regulatory issues, or that there is not much of a business left to be saved," he told the publication.

Where that leaves the crypto market — or what's left of it — remains to be seen. But billionaire investors like Bankman-Fried are likely to have the last laugh if the market does rebound.

This is Fine
Crypto Guy Says He's Doing Fine After Losing Billions of Customers' Money, Getting Plenty of Sleep
Nov 15
Read More
Moving Money
Crypto.com Accidentally Sent $400 Million to a Competitor
Nov 14
Read More
Wipeout
Disgraced Sam Bankman-Fried Steps Down as CEO of FTX
Nov 11
Read More
+Social+Newsletter
TopicsAbout UsContact Us
Copyright ©, Camden Media Inc All Rights Reserved. See our User Agreement, Privacy Policy and Data Use Policy. The material on this site may not be reproduced, distributed, transmitted, cached or otherwise used, except with prior written permission of Futurism. Articles may contain affiliate links which enable us to share in the revenue of any purchases made.
Fonts by Typekit and Monotype.