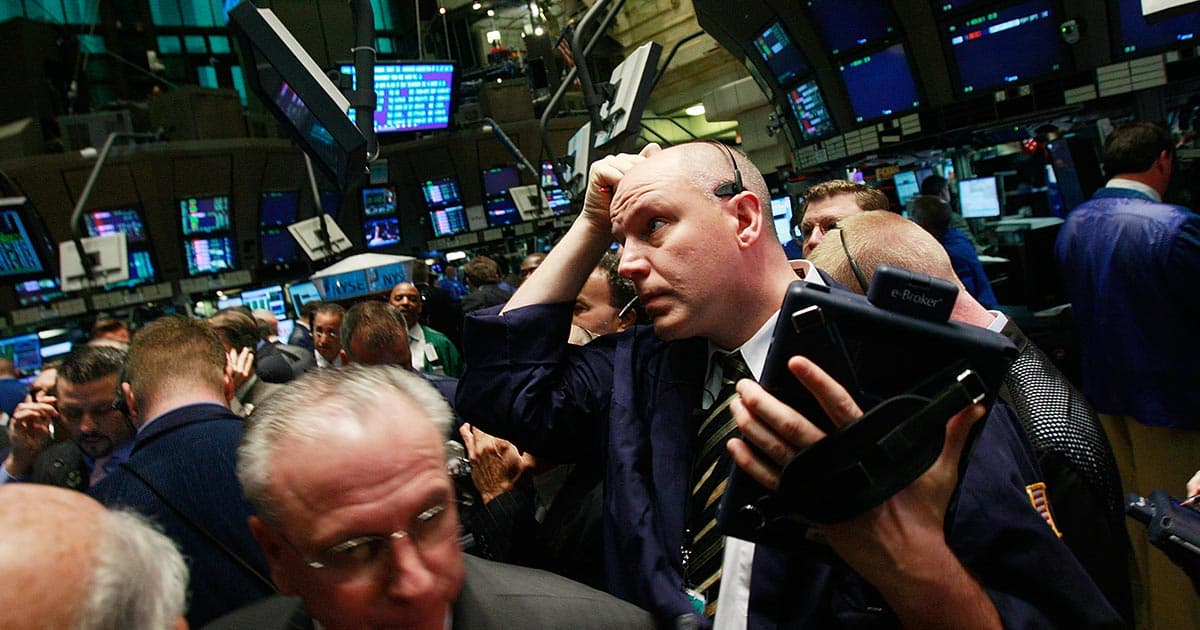 "The same pattern has just taken place in crypto — except without any asset as solid as housing at the bottom of it."

"The same pattern has just taken place in crypto — except without any asset as solid as housing at the bottom of it."

If the great crypto crash of 2022 is giving you deja vu, you're not alone.

In a controversial Foreign Policy editorial, blockchain expert and author David Gerard argued that this week's incredible cryptocurrency crash greatly resembles the 2008 financial crisis — which ironically predicated the rise of crypto to begin with.

Prior to the 2008 financial crisis, "the economy was running hot," Gerard writes, and companies were making so much money, they were rushing to find somewhere smart to put it.

According to Gerard, the current crypto crash does not only resemble the crisis, it could turn out to be even worse. "The same pattern," he argues, "has just taken place in crypto — except without any asset as solid as housing at the bottom of it."

While it's far from the first time someone's notice that the boom and bust cycle of cryptocurrencies seems to directly mirror the same tendencies in the stock market, these specific conditions — the hype, the bubbles, the creation of new products for the needs of new money, and the inevitable crash that ensued — are arguably too uncanny to be ignored.

Gerard also notes another historical precedent for the so-called crypto "stablecoins" — digital tokens that peg their market value to fiat currencies — that have turned out not to be so stable after all.

The news comes after the most popular stablecoin Tether, which is pegged to the US dollar, fell to an all-time low of $0.95.

"Stablecoins are a modern form of the wildcat banks of the 1800s, which issued dubious paper dollars backed with questionable reserves," he writes, which led to newly established federal agencies "taking away the power of commercial banks to issue paper notes."

"At the very least," the crypto expert adds, "stablecoins need to be as regulated as banks are. But all of cryptocurrency is a less robust version of existing systems and has any advantage only as long as it gets away without being properly regulated."

Someone had to say it — and hopefully, more people will listen after this most recent crypto crash. But who knows, the next crypto boom and bust cycle could be just around the corner.

READ MORE: The Cryptocurrency Crash Is Replaying 2008 as Absurdly as Possible [Foreign Policy]

Miami Vice
Miami Backed a City Crypto, Which Then Imploded and Lost 95% of Its Value
May 16
Read More
Crypto Crap
Everyone Hates Elizabeth Warren's Crypto Regulation Bill
Mar 18
Read More
Spon Con
NFT Guy Pays Rolling Stone to Run Article About How Great NFTs Are
Mar 8
Read More
+Social+Newsletter
TopicsAbout UsContact Us
Copyright ©, Camden Media Inc All Rights Reserved. See our User Agreement, Privacy Policy and Data Use Policy. The material on this site may not be reproduced, distributed, transmitted, cached or otherwise used, except with prior written permission of Futurism. Fonts by Typekit and Monotype.