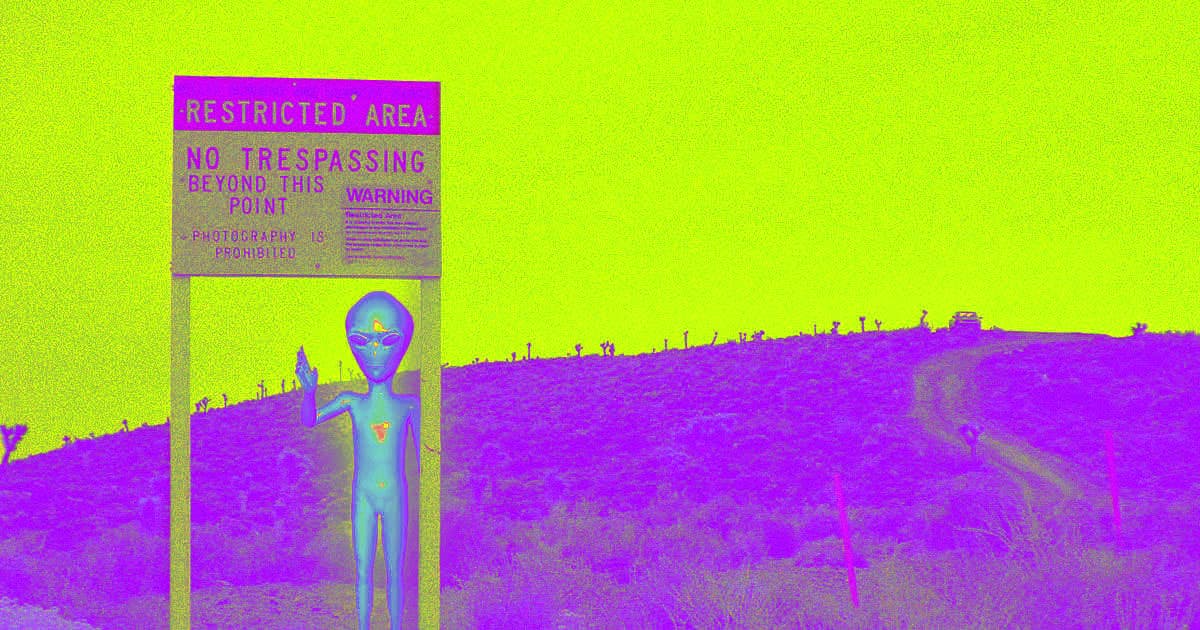 In July, Matty Roberts created a Facebook event urging people to “storm Area 51” on September 20. The event was a joke, but the interest it garnered inspired the 21-year-old to organize a real spin-off event: a free music festival he dubbed Alienstock.

Now, less than two weeks prior to the fest’s scheduled kick off, Roberts has announced he’s canceling it — but it seems the show might still go on, with or without its founder’s support.

Alienstock was supposed to take place at the Little A’Le’Inn Motel in the remote town of Rachel, Nev.

But according to a statement Roberts shared with Las Vegas news outlet Fox5, the inn’s owner, Connie West, refused to provide the organizers with any paper evidence she’d secured the necessary contracts or made the necessary deposits for the fest.

“We are officially disconnecting from Connie West, Rachel NV and AlienStocks affiliation with them,” Roberts wrote, later adding that the organizers “are not interested in, nor will we tolerate any involvement in a FYREFEST 2.0.”

Roberts is now promoting an “Area 51 Celebration,” which will take place at the Downtown Las Vegas Events Center on Sept. 19. West, meanwhile, still plans to host something during Alienstock’s scheduled weekend.

“I’m going to do it on my scale,” she told Fox5. “I’m going to do it the way I know how and what I’ve been planning for because I know no other way to do it. But it’s still happening… I’m still having a party because people are still coming to Rachel.”

Wait Wait
Elon Musk Has a Ridiculous Excuse for Why He Suddenly Doesn’t Want to Buy Twitter
Tuesday
Read More
Musk Gonna Musk
Experts Say That Elon Musk Has No Idea How Math Works
Monday
Read More
One, Two
Physicists Say There May Be Another Reality Right Beyond This One
May 15
Read More
+Social+Newsletter
TopicsAbout UsContact Us
Copyright ©, Camden Media Inc All Rights Reserved. See our User Agreement, Privacy Policy and Data Use Policy. The material on this site may not be reproduced, distributed, transmitted, cached or otherwise used, except with prior written permission of Futurism. Fonts by Typekit and Monotype.