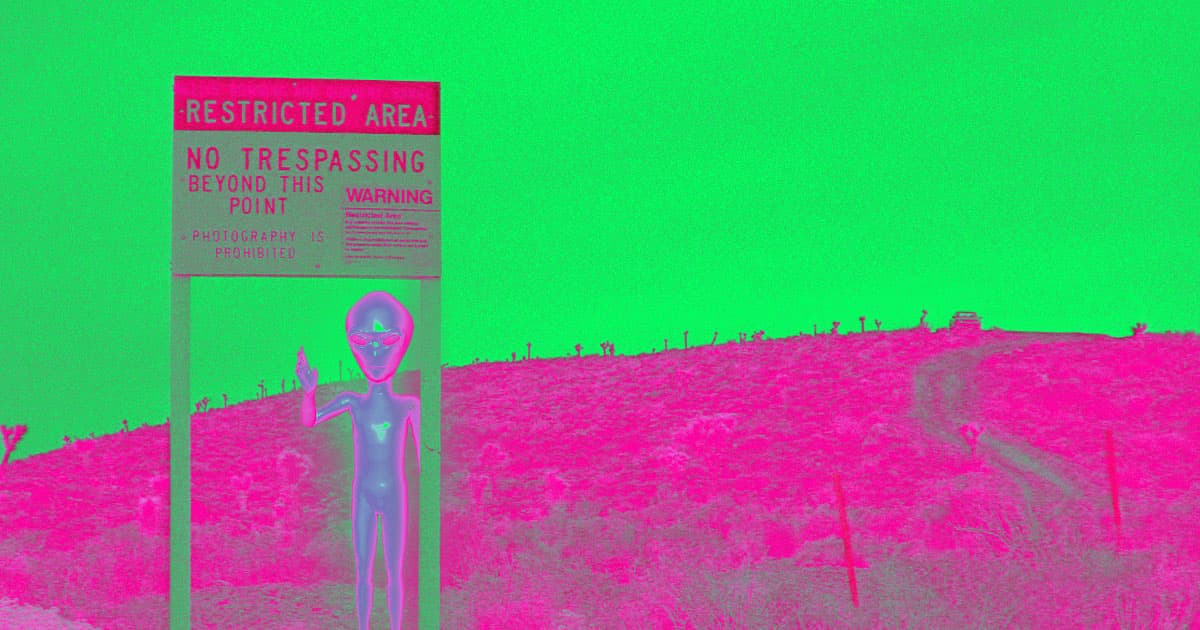 A Facebook event called “Storm Area 51, They Can’t Stop All of Us” has amassed an army of memers, schemers and tinfoil hat-wearing conspirators to raid the top-secret Air Force military base in the middle of Nevada’s desert.

Over 289,000 users confirmed they’re planning to come along, while 314,000 are “interested.” It’s gotten so big that the event is grabbing the attention of local and even international media.

Needless to say, the event itself is a joke, hosted by a Facebook group called “Shitposting cause im [sic] in shambles” made up of some 20,000 meme-loving netizens. The group classifies itself as a “religious organization” on the platform.

“We will all meet up at the Area 51 Alien Center tourist attraction and coordinate our entry,” reads the event description. “If we [N]aruto run, we can move faster than their bullets. Lets see them aliens.”

Area 51 has long been the subject of wild speculation and alien conspiracy theories since it was set up in 1955. The 5,000 square mile base has hosted hundreds of nuclear weapons tests and has served as testing grounds for a range of new stealth aircraft.

The event might be a tongue-in-cheek joke, but storming Area 51 is a terrible idea — guards are authorized to “use deadly force” according to a sign that warns would-be trespassers at the outskirts of the base.

Whether “[N]aruto running” will be enough to successfully dodge their bullets remains to be seen.