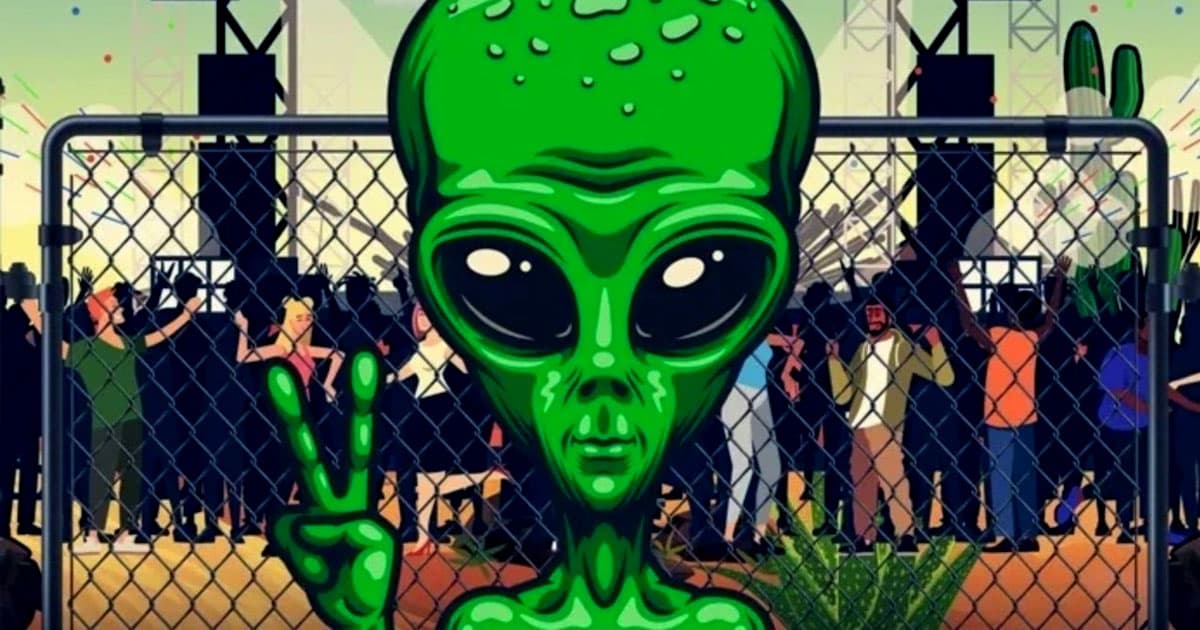 The event promises to provide "an experience that celebrates Aliens and the Unknown."

The event promises to provide "an experience that celebrates Aliens and the Unknown."

According to a Facebook event, two million people are going to "Storm Area 51" on September 20 in the hopes of seeing any alien evidence that might be hidden on the Air Force facility.

Matty Roberts created the Storm Area 51 event as a joke, but it quickly drew the attention of millions of Facebook users, as well as the U.S. military, which made clear its intentions to defend the military base. And now, Roberts is using the event to promote Alienstock, a free music festival celebrating all things extraterrestrial.

Clearly, the netizens who RSVP'd to Roberts' event aren't actually going to attempt to take on the Air Force — but he seems to think they might be willing to gather in the Nevada desert for a weekend of music, art, and camping.

The fest's website claims it'll provide attendees with "an experience that celebrates Aliens and the Unknown."

One of the biggest "unknowns"? Who exactly will be performing at the fest. All the website says regarding the lineup is that "huge names" are eager to play for the crowd.

If you're interested in finding out, though, the festival is scheduled to take place Sept. 19–22, the same weekend the raid on Area 51 was supposed to happen, in Rachel, Nev.

But don't expect to receive a warm welcome when you arrive — the tiny town is apparently not happy about Alienstock, warning visitors on its website that the event "has a high potential of getting ugly."

READ MORE: The guy behind the 'Storm Area 51' Facebook event is hosting an alien-themed festival [CNN]

FROM THE DEPT. OF THINGS TO BUY
The Best Places to Buy A Laptop in 2023
Tuesday
Read More
Hair Locker
NFL Star Sues Company for Implying It Gave Him a Hair Transplant
Jan 14
Read More
FROM THE DEPT. OF THINGS TO BUY
SiOnyx Aurora Pro Night Vision Camera Review: My Secret Late-Night Adventuring Tool
Jan 14
Read More
+Social+Newsletter
TopicsAbout UsContact Us
Copyright ©, Camden Media Inc All Rights Reserved. See our User Agreement, Privacy Policy and Data Use Policy. The material on this site may not be reproduced, distributed, transmitted, cached or otherwise used, except with prior written permission of Futurism. Articles may contain affiliate links which enable us to share in the revenue of any purchases made.
Fonts by Typekit and Monotype.