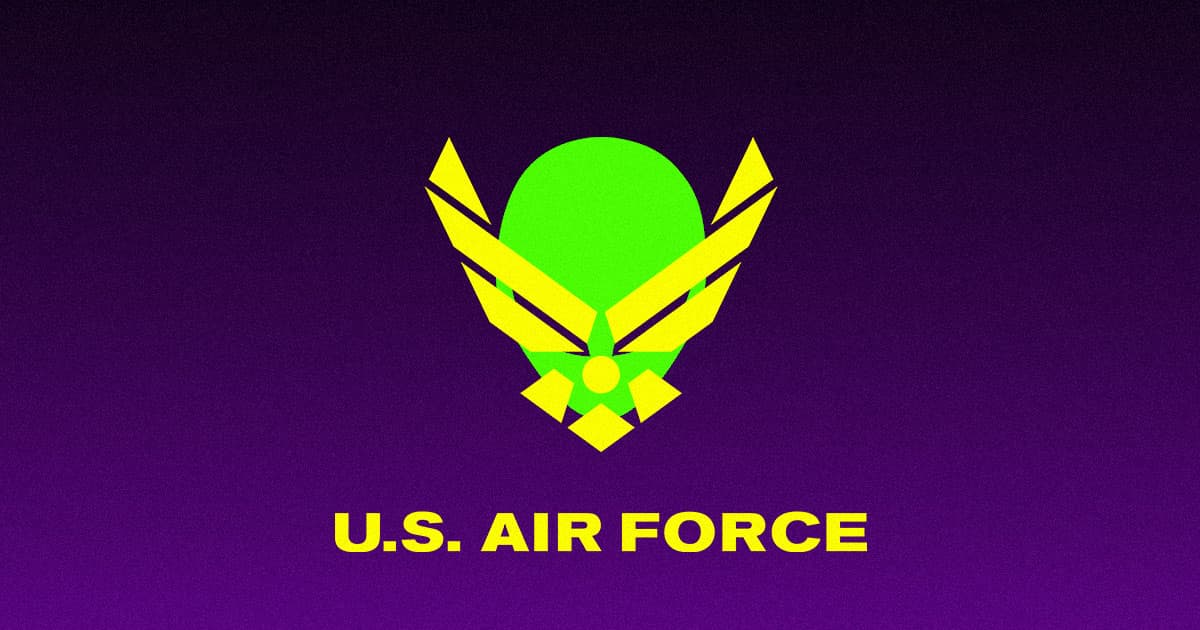 "The U.S. Air Force always stands ready to protect America and its assets."

"The U.S. Air Force always stands ready to protect America and its assets."

A tongue-in-cheek Facebook event called "Storm Area 51, They Can't Stop All of Us" is planning to amass a volunteer army to storm the highly secretive Air Force base in the Nevada desert.

But there's bad news: the Air Force is willing to stand its ground if it were to actually ever come to, you know, a bunch of rowdy teens ignoring their curfew and trying to infiltrate a military base in the middle of nowhere.

"[Area 51] is an open training range for the U.S. Air Force, and we would discourage anyone from trying to come into the area where we train American armed forces," a spokeswoman told The Washington Post. "The U.S. Air Force always stands ready to protect America and its assets."

Guards are authorized to "use deadly force," according to a sign that warns would-be trespassers at the outskirts of the base.

The event has garnered major news coverage since its inception. Over 1.1 million Facebook users have clicked "Going," while just a shy of a million users are "interested."

“We will all meet up at the Area 51 Alien Center tourist attraction and coordinate our entry,” reads the event description. “If we [N]aruto run, we can move faster than their bullets. Lets see them aliens.”

“I just thought it would be funny and get me some thumbsy uppies on the Internet,” Facebook user and meme lord Jackson Barnes wrote after posting a game plan on the event's page. "I’m not responsible if people decide to actually storm [A]rea 51."

READ MORE: Half a million people signed up to storm Area 51. What happens if they actually show? [The Washington Post]

Moon Patrol
US Military Announces Plans for Satellite Orbiting the Moon
Mar 4
Read More
Meta Material
Christmas Present VR Headset Sends Boy to the Hospital
Jan 2
Read More
Space Beef
Elon Musk: SpaceX Competitor "A Complete Waste of Taxpayer Money"
8. 14. 20
Read More
+Social+Newsletter
TopicsAbout UsContact Us
Copyright ©, Camden Media Inc All Rights Reserved. See our User Agreement, Privacy Policy and Data Use Policy. The material on this site may not be reproduced, distributed, transmitted, cached or otherwise used, except with prior written permission of Futurism. Articles may contain affiliate links which enable us to share in the revenue of any purchases made.
Fonts by Typekit and Monotype.