Two Blockchain Sleazebags May Have Crashed the Entire Crypto Market

"We firmly believe they committed fraud." 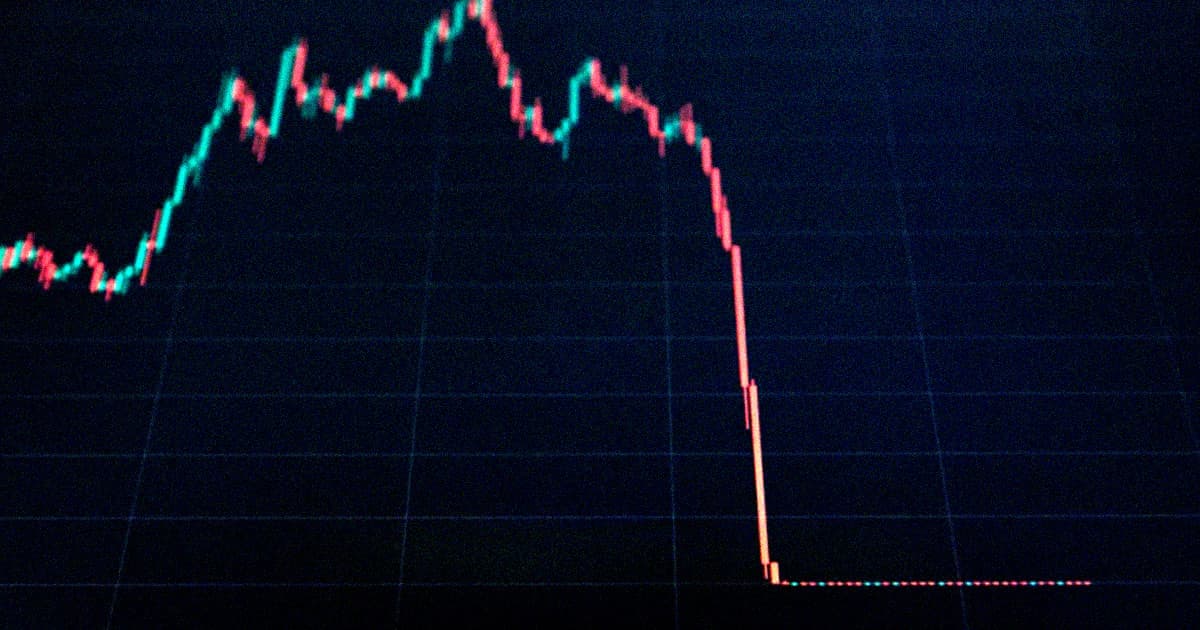 The crypto market took over a decade, millions of both experienced and amateur investors, and a few super annoying Super Bowl ads to build. But according to a new report from New York Magazine, it may have taken just two of the skeeziest cryptbros around to bring the industry to its knees, both of whom are now believed to be on the run.

Who, you ask, might these lowlives be? Su Zhu and Kyle Davies, according to the accusations, the still-missing founders of imploded crypto hedge fund Three Arrow Capital (3AC), which filed for bankruptcy last month. The pair — who are believed to still be on the lam, sadly without their new, stupidly-titled megayacht — over-borrowed and over-promised, all the while sweeping insolvency under the rug. When the project finally collapsed, so did those who lent them millions and even billions of dollars — likely resulting in the market crash that caused a full trillion dollars to simply evaporate.

"I suspect they might be 80 percent of the total original contagion," Sam Bankman-Fried, CEO of crypto exchange FTX, told NY Mag, referring to Three Arrow's alleged responsibility for the broader market crash. "They weren't the only people who blew out, but they did it way bigger than anyone else did. And they had way more trust from the ecosystem prior to that."

As NY Mag details, 3AC's success was built on two of the flimsiest things around: social media influence and heavy borrowing. Zhu especially amassed a vast following on Twitter, where he would make wild claims about market "supercycles," urging crypto-happy followers to just keep buying — no matter what the market looked like at face value.

Really, though, the pair's outward facing bravado appears to have been a complete front. They were borrowing massive amounts of money from new investors — including $66 million from Zhu's wife — in order to pay old debts, and in retrospect, it seems quite clear that they very much knew their operation was actually insolvent. Which, well, is basically just a Ponzi scheme.

"The numbers they were reporting in May were very, very wrong," Lane Kasselman, chief business officer of Blockchain.com, told NY Mag. "We firmly believe they committed fraud. There's no other way to state it — that's fraud, they lied."

Blockchain.com, notably, lost $270 million in unpaid loans to 3AC, and his since laid off about a quarter of its staff. Among other casualties were crypto exchange Voyager, which has since gone bankrupt and swallowed all user funds, and Genesis Global Trading, which NY Mag says lent 3AC $2.8 billion — a sum that will likely never be paid back.

The duo have also been accused of borrowing money from organized crime operations, which may really be why they're now in hiding. Eep!

So far, liquidators have only been able to recover a paltry $40 million of 3AC's onetime billions. Still, even if all of the money in its portfolio was somehow recovered, those billions would hardly be enough to reverse the colossally destructive game of dominos that the firm's eruption caused — perhaps proving, once and for all, that the crypto market is less Wild West and more house of cards.

"They used to boast that they can borrow as much money as they want," an unnamed trader who knew the pair in Singapore told NY Mag. "This was all planned, man, from the way they established credibility to the way the fund was structured."

Neither Zhu nor Davies replied to NY Mag's request for comment, except for an automatic email reply from Davies that read "Please note I am out of office at this time."

More on the cowardice of these truly horrible hedge honchos: Crypto Hedge Fund Founders Abandon Hq and Disappear after Implosion

Read This Next
SBF'ed Up
Sam Bankman-Fried Was a Horrible Boss, Former Exec Says
Beanbag Chair Musings
Sam Bankman-Fried, Bored on House Arrest, Starts a Substack
Sometimes You Winkleviin, Sometimes You Winklevose
Former Employees Say Problems Were Obvious at the Winklevoss' Exchange Before It Paused Withdrawals
A Lesson in Digging Your Own Grave
An Interviewer Asked Sam Bankman-Fried If He'd Been Honest and His Answer Was Bizarre
SBFX
Leaked Messages Show FTX Insiders Begging SBF to Step Down as Crisis Deepened
More on Blocknik
Girlbosses
Feb 1 on the byte
"Cryptoqueen" Accused of Stealing Billions Suddenly Surfaces
Their Minds...
Jan 28 on the byte
Business Geniuses at Amazon Hard at Work on Hot New Idea: NFTs
Floored Apes
Jan 27 on the byte
Yuga Labs Says Its Bored Apes Are Absolutely Copyrighted, Thank You Very Much
READ MORE STORIES ABOUT / Blocknik
Keep up.
Subscribe to our daily newsletter to keep in touch with the subjects shaping our future.
+Social+Newsletter
TopicsAbout UsContact Us
Copyright ©, Camden Media Inc All Rights Reserved. See our User Agreement, Privacy Policy and Data Use Policy. The material on this site may not be reproduced, distributed, transmitted, cached or otherwise used, except with prior written permission of Futurism. Articles may contain affiliate links which enable us to share in the revenue of any purchases made.
Fonts by Typekit and Monotype.